Bob Beckel will return to Fox News' 'The Five' 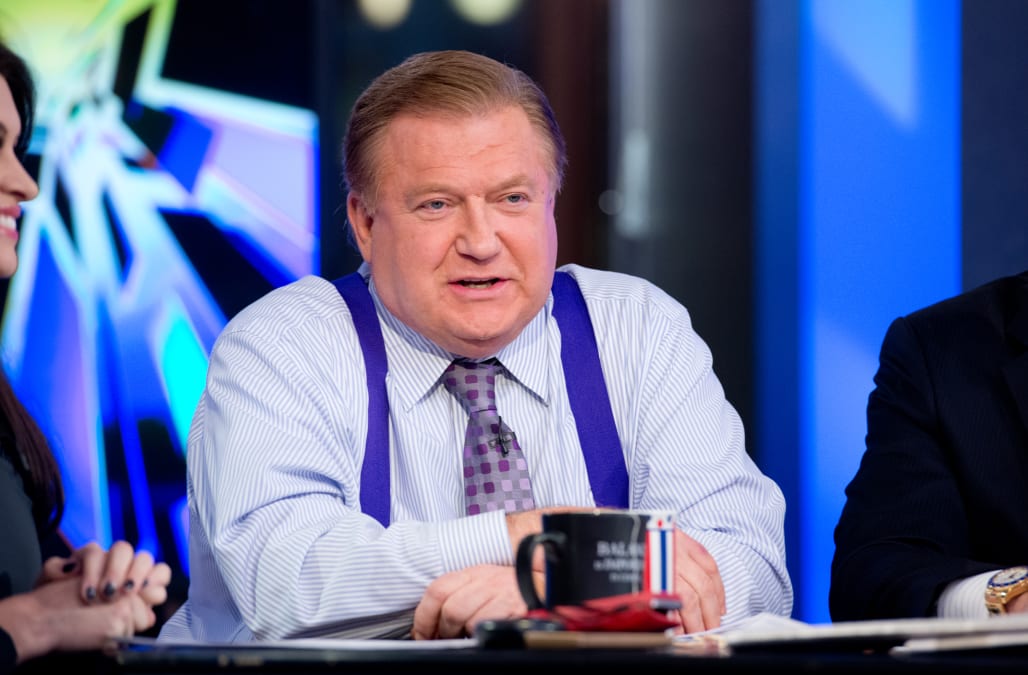 Bob Beckel is back on Fox News Channel after a somewhat contentious separation.

Beckel, who offered a liberal counterpoint on the network's late-afternoon panel show "The Five," will return as a co-host of the 5 p.m. program, which he left in June of 2015. "Bob was missed by many fans of 'The Five' and we're happy to welcome him back to the show," said Rupert Murdoch, executive chairman of Fox News Channel and its corporate parent, 21st Century Fox, in a prepared statement.

Beckel, who in the past served as a political consultant as well as a campaign manager for Democratic presidential candidate Walter Mondale, was one of the original co-hosts of the program. He left in 2015 while recuperating from back surgery in a split that was seen as less an amicable. "We tried to work with Bob for months, but we couldn't hold The Five hostage to one man's personal issues," said Bill Shine, who was then the network's executive vice president of programming,in a statement. "He took tremendous advantage of our generosity, empathy and goodwill and we simply came to the end of the road with him." Shine is now co-president of the network, along with Jack Abernethy.

Beckel's re-hire continues to put a spotlight on Rupert Murdoch's influence at the cable-news outlet, which had been run for years by Roger Ailes. Murdoch was also said to be instrumental in the move of conservative journalist Tucker Carlson to a one-hour program. Carlson's "Tucker Carlson Tonight" launched in November on Fox News and has since been moved to the network's 9 p.m. slot – a berth previously occupied by Megyn Kelly.

"I'm thrilled for the opportunity to go home again and join my television family around the table of 'The Five'," said Beckel, in a prepared statement. "I have no doubt it will be a vigorous yet entertaining debate."

"The Five" has been the most-watched cable-news program in its timeslot for 66 consecutive months, according to data from Nielsen. During the fourth quarter of 2016, "The Five" averaged 2.7 million viewers, beating CNN and MSNBC combined, while attracting 462,000 viewers between 25 and 54, the demographic most coveted by advertisers in news programming.

After he left "The Five," Beckel served as a contributor for a time at rival CNN.