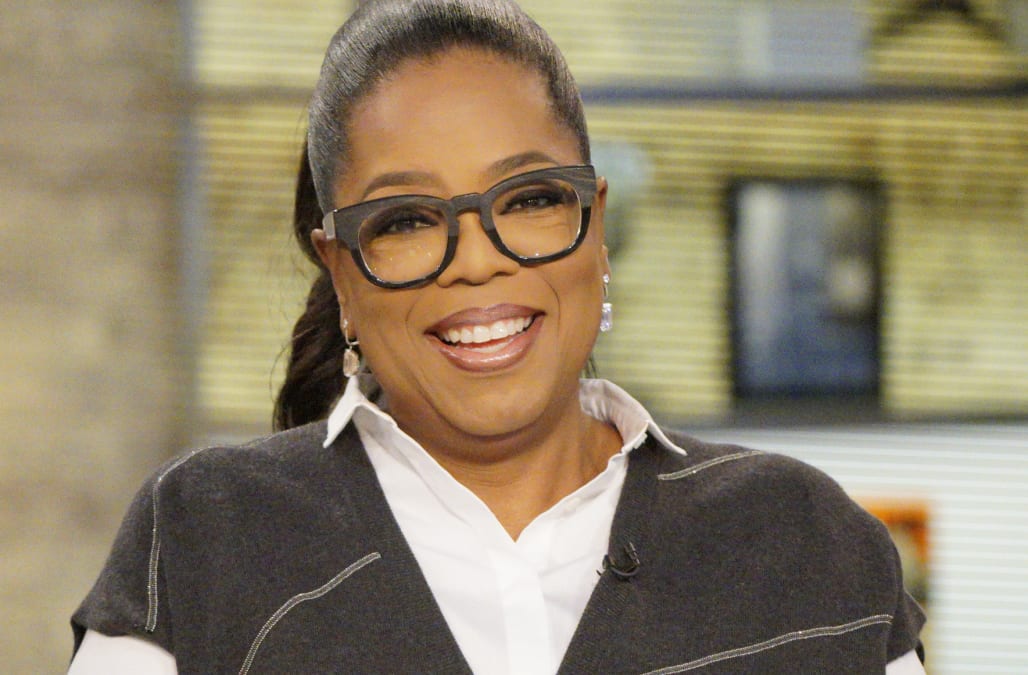 How much can an OWN network head and Harpo production company chief, Queen Sugar executive producer, Greenleaf actress, philanthropist and Weight Watchers spokesperson (who bought a 10 percent stake in the company in 2015) get done in a day while still maintaining a healthy lifestyle? "My first breath as I am coming out of sleep is always a thank you!" says Oprah Winfrey, who reveals to THR the hour-by-hour breakdown of her routine — all of it on her $88 million, 42-acre property in Montecito, Calif. — that recently resulted in a 42.5-pound weight loss.

6:02 A.M. I have never set an alarm, I don't believe in them. They are ...; alarming! I put the number in my mind and I wake up before that, usually between 6:02 and 6:20, because the dogs are trained to go out around that time. My first thought in the morning is, "Oh, I'm alive. Thank you!" I hop up, brush my teeth and go take the dogs to do their thing. They do the real downward-facing dog!

6:45 A.M. I make a chai tea or skim cappuccino and put on my sneakers.

7:05 A.M. I am in the gym downstairs in my house by the time "Eye Opener" hits on CBS This Morning. I see what Gayle [King] is wearing on "Eye Opener," what kind of crazy-ass necklace she has on! I have a fantastic Octane elliptical machine ($4,599; octanefitness.com) that is like a power mover — you can increase the length of your stride and your arm movement. I'll do 20 minutes on the elliptical and 30 minutes walking on the treadmill. I start out at the Level 3 incline setting and then every minute I add to the incline until I get to 12 or 15. And then I do sit-ups. 'Food, Health and Happiness: 115 On-Point Recipes for Great Meals and A Better Life' by Oprah Winfrey

8:30 A.M. I eat medium-boiled eggs and a piece of multigrain toast for breakfast. I have actually noticed that lately I have been eating breakfast at 8:38. And I take some vitamin D. Then I go on and do my day.

9 A.M. I go through my schedule during breakfast. I have phone calls and video conferences, do my bank wires, business transactions and financial stuff. I try to get all of that done by noon or 12:30 when I am home, since that's 3 p.m. in New York and the banks close soon after that.

1 P.M. Lunch sometimes gets moved back because of the morning, but I like to eat at around 1. I will do soup and a big salad. Usually the salad is made with vegetables that have come from my garden. We have a rule in this house: If we can grow it, we don't buy it. We use it all, everything in the garden, even if it means we are giving it to the people down the street. If I have to start a stand on the street and give it away, we will give away that last damn zucchini!

2 P.M. After that, I have the rest of my day. When I get off the phone with you, I'll have a video conference with my team about the marketing of Greenleaf [OWN's drama series on which Winfrey has a regular acting role], and I will get on the phone with [creator] Craig Wright in the writers room. I will have a conversation later on with Ava [DuVernay], as she is shooting A Wrinkle in Time, about Queen Sugar and where we are in the script.

See photos of Oprah Winfrey through the years:

6 P.M. I like to have dinner by 6 or 6:30 if I am home alone. I cook for Stedman [Graham, Winfrey's longtime boyfriend] and myself, but I don't cook for more than four people. I don't measure things when I cook, I sort of make it up as I go along, so that's hard for me to figure out if I am feeding more than four. Tonight I have a bunch of girls on break coming in [they are graduates of the Oprah Winfrey Leadership Academy in Johannesburg, South Africa, who now go to college in the U.S.], so the chef will cook for us. I always do a protein, two vegetables and a carb. I do a carb because if I try to just do protein and veggies, my body thinks that I am trying to make it diet and then I will end up eating three times the amount of Weight Watchers points, because I am trying to satisfy myself not having the carb. So I do a rice or pasta or polenta or something. My protein is usually fish or some form of grilled or baked chicken.

8 P.M. I like to wind down for the night by the fire. I have a fire going in every fireplace today! And I read to relax. Right now I am reading The Hour of Land by Terry Tempest Williams. And I am loving it so much that I think my new thing is going to be seeing as many of our national parks as I can. I might make a bucket list and put that on there. I also read scripts that are coming in.

10 P.M. I usually get into bed and I have volumes and volumes of gratitude journals by the side of my bed. The last thing I do before I go to sleep is write five things that gave me great pleasure or that I was grateful for.

This story first appeared in the Jan. 20 issue of The Hollywood Reporter magazine. To receive the magazine, click here to subscribe.