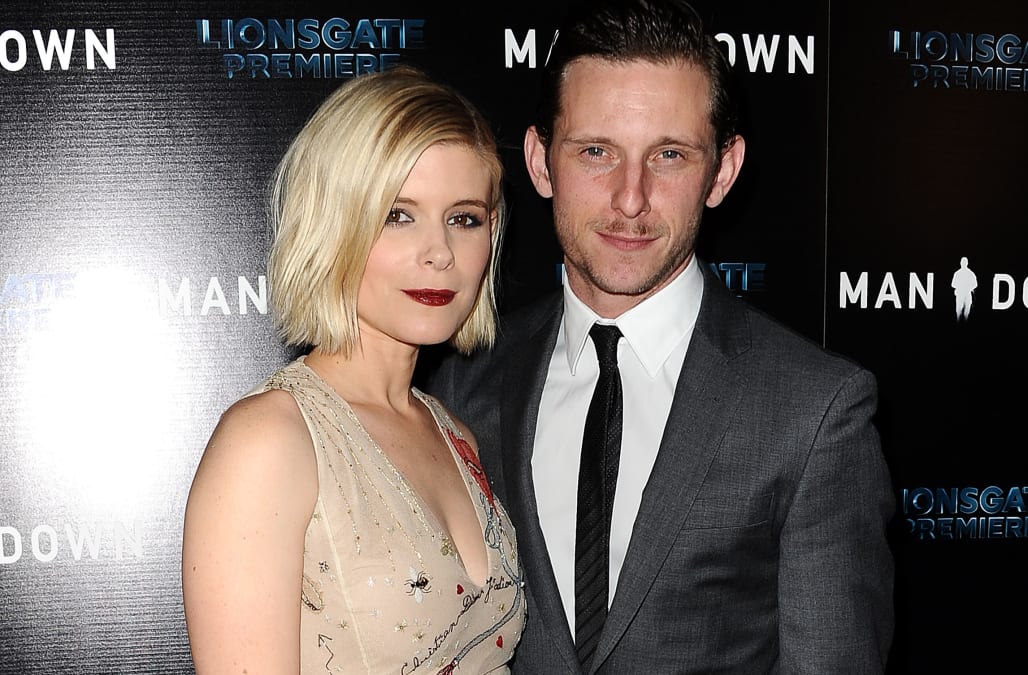 Congrats are in order for Kate Mara and Jamie Bell!

After meeting on the set of "Fantastic Four" in 2014, the actress' rep confirmed they're engaged after two years of dating.

The 33-year-old donned the stunning ring while out and about in New York City this month, and she recently showed it off on Twitter.

The former "House of Cards" star didn't put any attention to the sparkly bling at all, and instead pointed out the NFL rivalry between her and Bell with gear they sported from opposing teams, the New York Giants and Pittsburgh Steelers.

14 PHOTOS
Kate Mara out and about
See Gallery

Mara and Bell, 30, fueled dating rumors after they were seen packing on the PDA at the Met Gala back in 2015. They've kept their relationship out of the public eye since then, offering only a few glimpses through photos on social media.

Before showing off her new bling, the last photo she shared with her man was on Election Day.

She and Bell rocked matching shirts in the picture that she captioned, "VOTED!"

It's starting to look like the year of love in Hollywood ...

Two other co-stars, Joaquin Phoenix and Rooney Mara, reportedly "found love" with one another after working together in the upcoming film "Mary Magdalene." According to Page Six, they have allegedly been "holed up together in the desert" for a while.

RELATED: Take a look back at the celeb splits of 2016:

Drew Barrymore and Will Kopelman

The Weeknd and Bella Hadid

(Photo by Michael Kovac/Getty Images for Moet and Chandon)