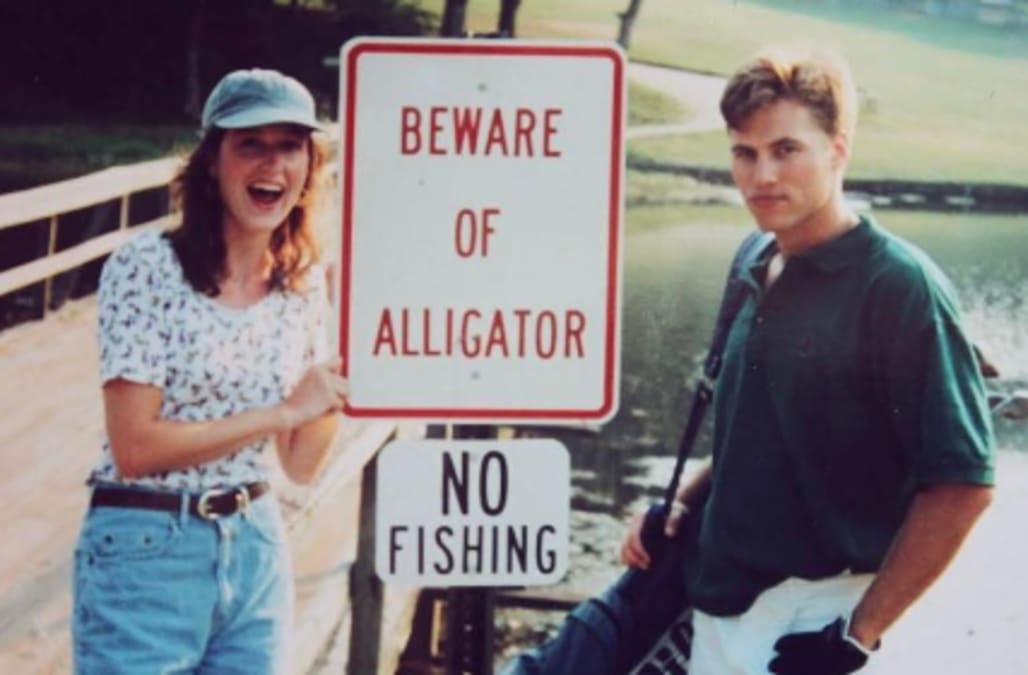 Huge congratulations are in order for married star couple Willie and Korie Robertson. The husband and wife – who are best known for being on the popular A&E reality television series "Duck Dynasty" – celebrated their 25th wedding anniversary on Jan. 11!

To honor their silver occasion, Korie Instagrammed an adorable throwback picture of the sweethearts posing near a body of water. Korie didn't reveal where the photo was taken, but she did include the caption, "Life with this guy is never boring #tbt #25yearstogether."

RELATED: That fateful day the boys from Duck Dynasty convinced Jason Aldean and Luke Bryan to get tattoos

As you can see in the vintage shot above, Korie looks pretty much the same as she does now – except for her darker hair color. As for Willie, though, he's barely recognizable! He flaunts his hunky dimples with a clean-shaven face and lugs around a bag of gulf clubs.

Willie and Korie weren't the only two who paid homage to their strong union. The couple's daughter, Sadie, also got in on the celebration with an Instagram post of her own, which you can see below.

Along with the photo of the trio ringing in 2017, Sadie writes, "25 years that my sweet dad has been kissing my beautiful mom as his wife and wow oh wow am I thankful for all 25."

Sadie also took a moment to shine the light on the fact that her loving parents raised a handful of happy and healthy children, which include three biological kids (John Luke, Sadie and Bella), two adopted sons (Willie and Rowdy) and foster daughter, Rebecca.

RELATED: Duck Dynasty's Willie Robertson joins Luke Bryan in a "shake-off" you have to see to believe

"It's been amazing to see y'alls love grow even deeper," wrote Sadie. "Y'all may think that your cute sticky notes around the house are just for each other, but you don't even know the security and warmth it brings to us kiddos as well. Cheers to 25 more in love, and celebration for all that God does through the 2 of you ♥ love you both so deep."

How sweet! Congratulations, Korie and Willie!