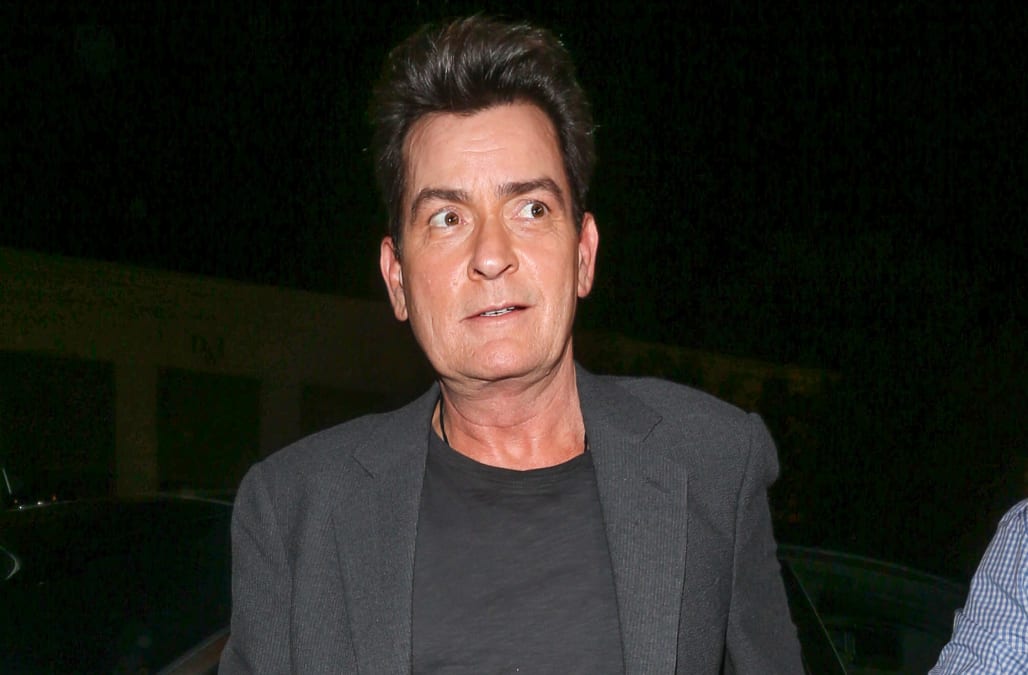 At least Charlie Sheen has a good sense of humor about that whole "tiger blood" thing.

The actor, who was diagnosed with HIV in 2011, told "Good Morning America's" Michael Strahan that he's feeling "really good" these days. Sheen has been enrolled in a Food and Drug Administration trial for a new drug that he's pretty optimistic about. The "Hot Shots!" star wasn't always so positive, however.

"The day I was diagnosed, I immediately wanted to eat a bullet," Sheen admitted on Wednesday. "But my mom was there — I wouldn't do that in front of her, or let her find me to clean up that mess."

"But then something else came over me, and they gave me a handful of pills and said, 'You can go home now, and you're gonna live,'" he continued. "If I was there with brain cancer or some stomach thing or meningitis, we wouldn't be sitting here right now."

See photos of Charlie Sheen through the years:

"I can feel the future with this thing, and it's much bigger and more important than I am," Sheen said of his health and newfound advocacy.

But how's he feeling mentally? "Some days are better than others, but most days are pretty frickin' cool," Sheen said with a smile.

OK, you seemed quite composed today, Charlie — so what the hell was all that "tiger blood" and "adonis DNA" nonsense from a few years ago? We're paraphrasing the former New York Giants great there, of course.

"I was doing way too much testosterone cream, trying to keep the old libido up. It metabolizes into basically a 'roid rage," Sheen explained. "That whole odyssey, that was basically an accidental 'roid rage — but there's some good quotes that came out of it, right? There was a few fun moments."

It was all "so bizarre," he added. Indeed. Watch the video below.