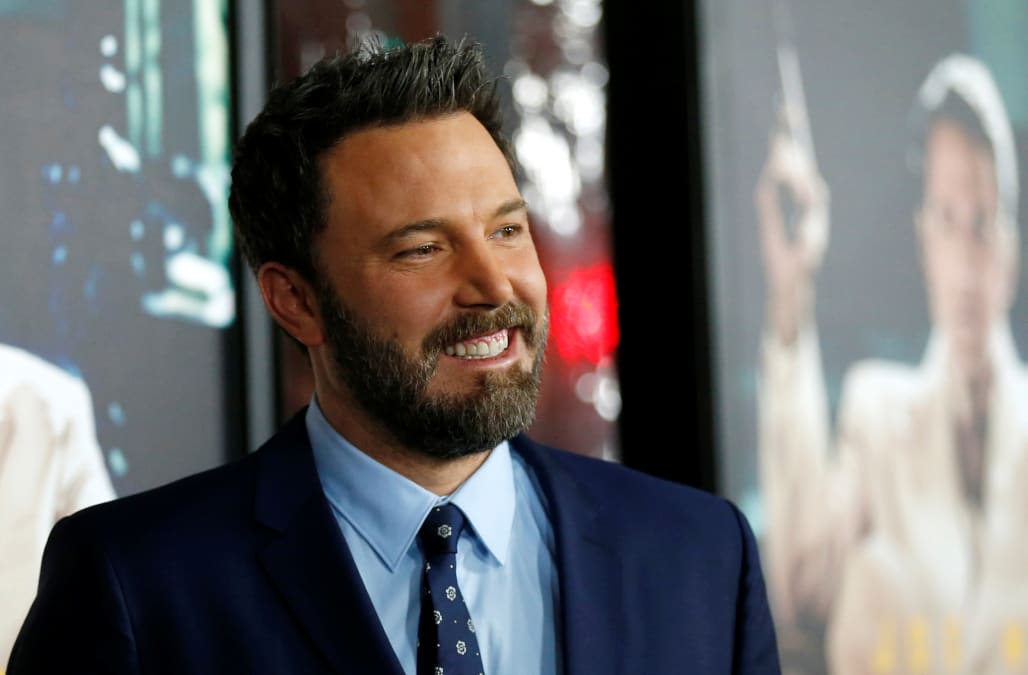 Ben Affleck may be an A-list celebrity, but when his eldest daughter, Violet, is around, she's in charge.

"I've become an expert on the tweens. I don't know how much Radio Disney you listen to, but I hear quite a bit," Affleck told Ellen DeGeneres of life with an 11 year old. "When we get in the car, it's got to come on right away. It's got to stay on the whole time. I hear a lot about the romantic adventures of Disney characters who are on the Disney Channel, and we go to Taylor Swift concerts. And that's my life."

But the father of three isn't complaining. In fact, he's glad his daughter is a fan of Swift.
"Taylor Swift is great, by the way. She's a great role model!" he said.

Despite praising Swift, Affleck couldn't seem to name three of her songs during the "5 Second Rule" game later in the show.

Ben went on to praise his children's mother, Jennifer Garner. When joking about how their trio misbehaves, Affleck noted, "I have the world's greatest mom [for my kids], but even she cannot conquer the obstacles there."

WATCH: Ben Affleck Teases He Was 'a Little Taken Aback' That Brother Casey Didn't Thank Him in Golden Globes Speech

"I was more nervous for him than I ever have been for myself," Ben admitted of his younger brother. "My kids stayed up to watch it. I went home today and I asked my 4-year-old, 'Sam, did you see Uncle Casey up there? Did you see what happened?' And he said, 'The man said Casey Affleck!'"