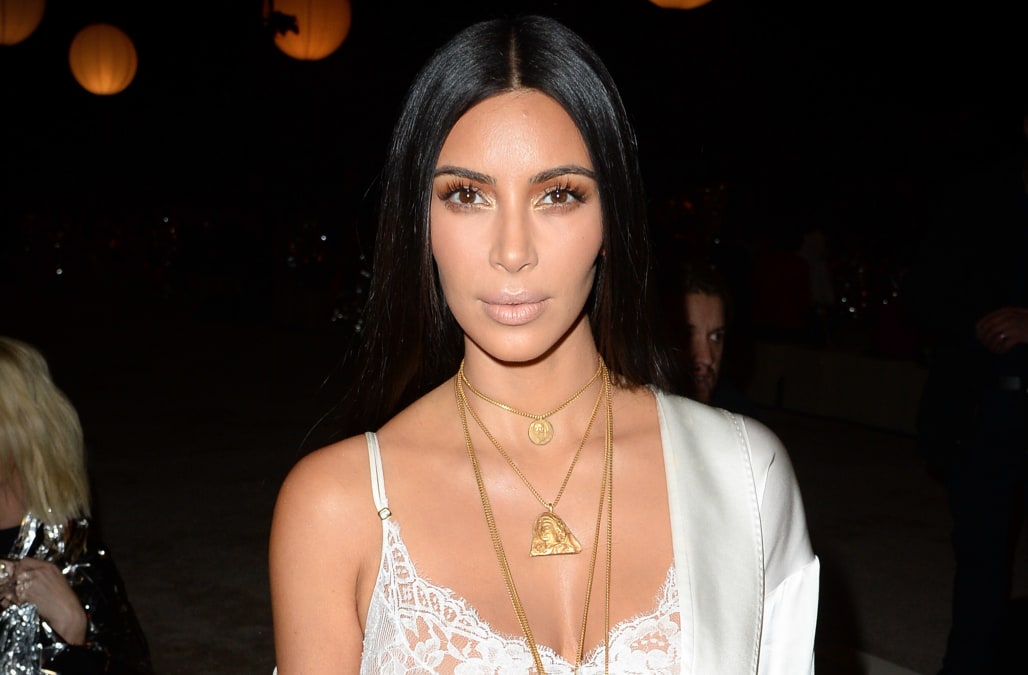 Kim Kardashian West and her husband, Kanye West, are slowly but surely putting Kim's terrifying robbery behind them.

The couple went out to dinner for sushi in Beverly Hills, California, on Monday, following news that 17 people have been arrested in connection with Kim's robbery in Paris on Oct. 3. Kim sported her lip ring, a black sweatshirt and lace tights underneath her ripped jeans for an edgy casual look, while she held on to 39-year-old Kanye, who was dressed in a plain hoodie and sweatpants.

A source close to Kim and Kanye tells ET that the 36-year-old reality star "is deeply relieved to know that this horrible ordeal will all come to an end soon."

On Monday, a spokeswoman for the Paris Prosecutor confirmed to CBS News that 17 people are now in police custody -- including three women -- after being tied to the October incident that lost Kim millions in jewels and cash. According to the spokeswoman, several of the 17 in custody are known to police and have links with major crime. She also confirmed that police found DNA traces at the scene of the robbery, which led to Monday's raids.

See all of the photos she has posted on Instagram since her return to the spotlight:

French daily newspaper Le Monde reports that one of the people in custody is a chauffeur with the luxury car company that the Kardashians were using at the time, and that he was the person who drove Kim home on the night of her robbery.

Meanwhile, Kim is definitely making her return to the spotlight in 2017. The mother of two has already returned to social media after taking a break for three months, and her first official public appearance is scheduled for Jan. 13 in Dubai, where she's set to participate in a makeup tutorial class with her makeup artist, Mario Dedivanovic. The event was originally scheduled for the end of November, but was rescheduled following Kim's robbery.

"You better suck it in," she joked as the celebrity makeup artist sucked in his stomach. "Those people at the master class coming to see us in Dubai do not want to see that."

WATCH: EXCLUSIVE -- Kim Kardashian Feeling 'Strong' as She Returns to Spotlight: 'It Was Time to Get Back to Normal'

Kim broke her silence on the robbery in a Keeping Up With the Kardashians preview on Friday, in which she tearfully opened up to sisters Khloe and Kourtney Kardashian.

"They're going to shoot me in the back," she recalls. "There's no way out. It makes me so upset to think about it."