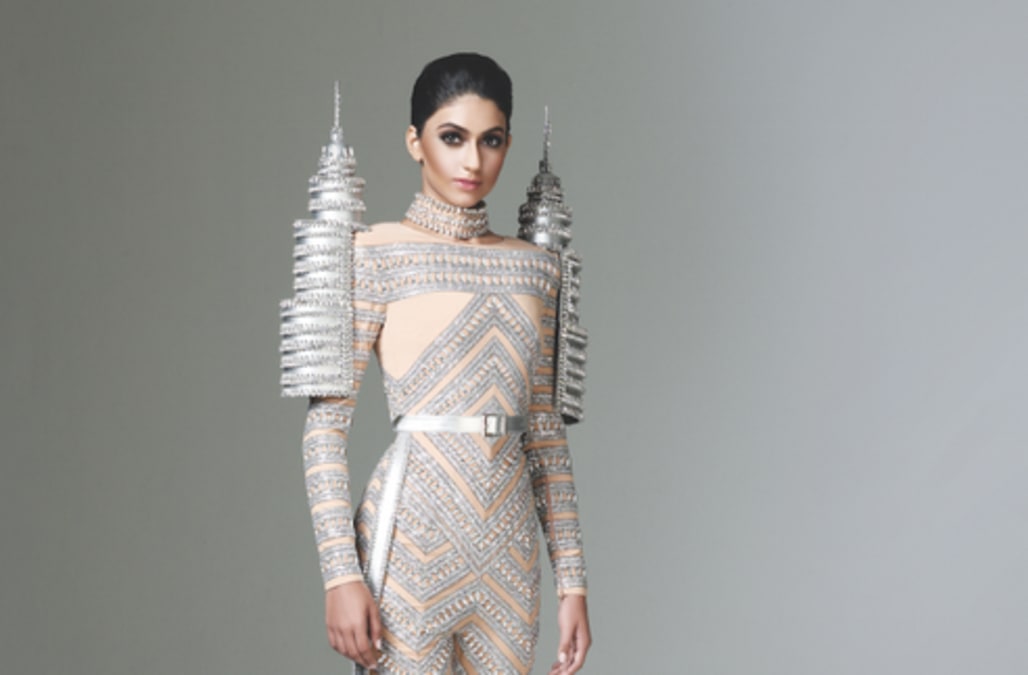 We've seen some crazy pageant costumes over the years, but it looks like this year's will set the bar higher.

The Miss Universe candidates have begun arriving in Manila for this year's pageant, and some of the countries in the Asia-Pacific have offered a peek at how their contestants will represent them.

SEE ALSO: The Philippines will host Miss Universe in 2017

Love 'em or hate them, you be the judge:

The KLCC twin towers has been selected as Rizman Ruzaini's iconic inspiration in designing Miss Malaysia Universe's @kiran_jassal National Costume. Every detail that is put into the dress is symbolic and represents the uniqueness and why it best represents Malaysia. Diamonds are fashioned in a way of structure to represent the steel beams that The KLCC Twin Towers is best known for that has been substituted in a more glamour and high fashion manner. On the shoulders and wrap around the sleeves are laser cut metal encrusted with diamonds and sparkles that was handmade and It in inspired by the shape of The KLCC Twin Towers all biassed in glamour and pizzazz. #makeupby @sheila_mohamad #styledbyvee @xeliciousxass #curatedbyAizatAidid @aizataidid #photography @blackpepperproduction #nationalcostume #missmalaysiauniverse #missuniverse #65thmissuniverse

Kiran Jassal's costume features the country's iconic twin towers in Kuala Lumpur, and has more than 100,000 Swarovski crystal sewn into the silver and nude piece.

Since its unveiling last week, the piece has already got netizens talking, with some comparing the costume to armour, and others even making memes.

Complete with sparkly shoes, mind you.

Some online were not so kind to Caris Tiivel, with some comparing her outfit to
"leftover Christmas tinsel."

The blue and pink dress is meant to raise awareness about the dangers of coral bleaching on the Great Barrier Reef.

Miss Myanmar's costume features a traditional Burmese marionette, which is a popular art form in the country.

They even made a mini version of Htet Htet Htun in marionette form.

Which is not creepy at all.

And if you think these costumes are wacky, just remember that in 2015, Miss Thailand won for her costume featuring a tuk tuk, the local auto-rickshaw.

More from Mashable:
Groomsmen dress up as McDonalds' menu items for the yummiest wedding party ever
Mark Hamill's column on Carrie Fisher will give you many, many feelings
Hey Trump,Jimmy Fallon just made a devastating popular vote quip at the Golden Globes