let me love you

Born in Florida, Brooke Hummel was attracted to music at an early age. Her father inspired her by listening to a wide variety of music and introducing her to different artists with different backgrounds.

She got her start singing in church, but eventually branched out to other genres like country, pop and rock.

Now, Brooke Hummel spends her time in North Carolina working with BNR Records and chasing her dream of becoming a music sensation. Earlier this year, she released her first EP, "The Brooke Hummel EP" on Soundcloud. It made its way to iTunes and Spotify not long after attracting thousands of listeners.

See below for the exclusive premiere of Hummel's new song "Beautiful":

We had the chance to chat with Hummel about everything from her songwriting process to her biggest challenges. Check out the full interview below!

#YouShouldKnow is a feature that showcases rising talents. To see more past interviews, including more features on Brooke Hummel, click here.

How did you first fall in love with music?

The first things that kicked it off for me was my dad. My dad and I are really close and one thing he always taught me was to appreciate all genres of music. So, by bonding with my dad I was also bonding with music.

What kind of music genres were you first introduced to?

I was first introduced to the Christian and Country music genres. When I first started getting involved with music I was singing in my church, and then I grabbed ahold of country and pop and everything else that I'm doing now. It's progressed for sure.

Who has been your biggest inspiration on your music journey?

My biggest inspiration I would say is definitely Carrie Underwood. I've said this a few times, but I am so in love with her! If there's one artist I aspire to be like, it's her. She's such a powerhouse artist, but she's also a great person. I saw her perform on the Country Music Awards a long time ago, that's when I was first inspired by her.

Can you take us through the process that helped you come up with your song "Cruel"?

Cruel is based all off of experiences that I've had personally. If you listen to the song, it tells a story of what I went through with bullying. I have been bullied myself. My manager and my producer and I got together and decided to put my experiences with it into a story and into a song, because it can impact so many people.

For me, it's whatever mood or environment I'm in that inspires me. I love sitting down with a cup of tea or something relaxing and putting all of my emotions into words. I'll just sit down after a long day, and I'll use whatever happened that day -- shopping, or spending time outdoors -- and use that as inspiration. I start with the words, I kind of do what rappers do and just write until I can't write anymore. Then I piece together what I wrote into verses and choruses until I have a song.

What's your favorite thing about working in the music world?

My favorite thing is the people I meet. Coming into this profession, I thought I was just going to do strictly singing, studio work, and that's it. But I think my favorite thing now is everything that I get to do because of that, like my photoshoots and working on the anti-bullying campaign. I've met so many amazing people along the way.

SURPRISE❤️ After many long hard months, MY FIRST EP IS FINALLY HERE!! It's only on sound cloud for now, but it will be available on iTunes for download in a few days 💕💕 Thank you to my amazing team for making this possible!

Is there anyone in particular the industry or working on these different projects particular that you've felt really inspired by?

This may sound kind of cheesy, but I'm so thankful for my BNR family. Going into the music industry can be pretty intimidating if you don't know who is going to be in charge or who is going to be directing you. But, I'm inspired by the bond that we have at BNR because we'll motivate each other and try to push each other to do our best.

What's been the most challenging thing about working in the music industry?

I think the most challenging thing -- harkening back to the "Cruel" song I wrote -- is being so young and being a target for bullying. Being only 17, I'm a target for bullying. People have picked on me for being different and saying I'm not fitting in or doing what is cool. I'm just doing what I'm passionate about, so for me it's really hard because all I want to do is wake up in the morning and write music and sing. But when people are telling you to do different things and try to tear you down, it's hard.

What does your day to day when you're on tour or performing involve?

I'm a very healthy person. I work out all of the time -- it's one of my favorite things to do. I have two little sisters and another one on the way ,so I love spending time with them. I also love cooking and meal prep.

RELATED: Country music artists reveal their go-to songs to sing in the shower 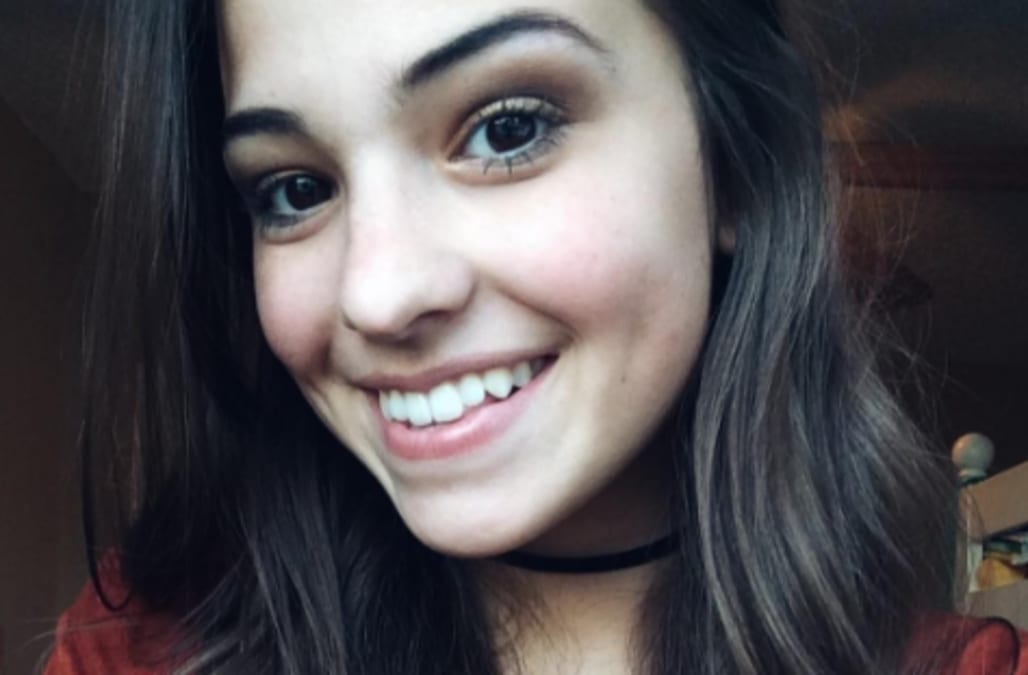