Kim Kardashian breaks her silence about the Paris robbery 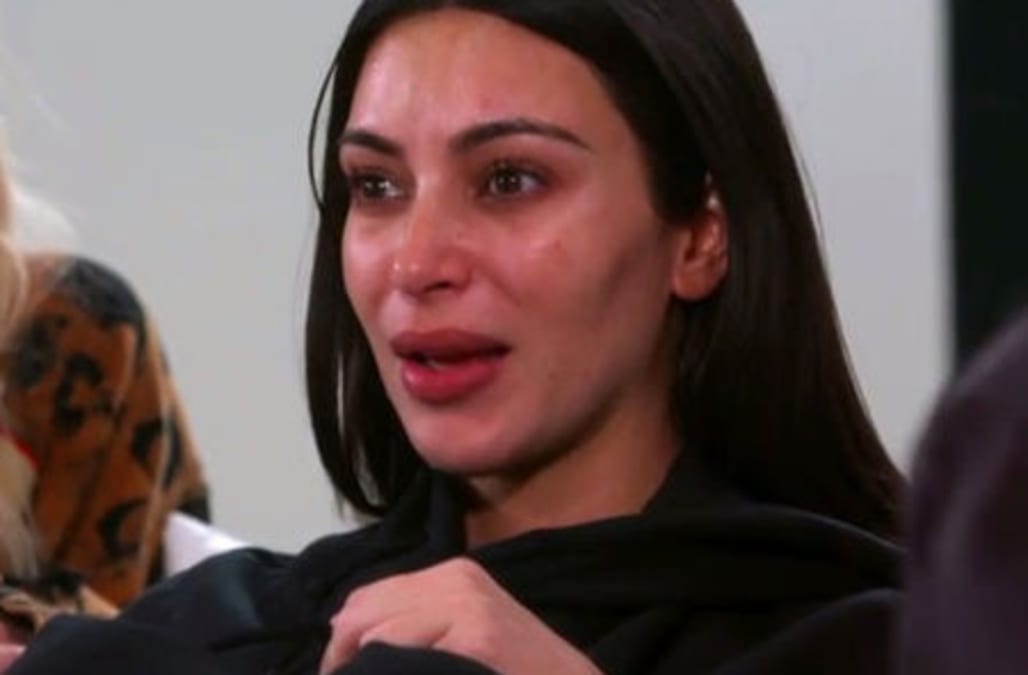 In a brand new preview (above) of the upcoming season of "Keeping Up With the Kardashians" released on Friday, Kim Kardashian opens up about her terrifying Paris robbery for the first time.

Through tears, the 36-year-old entrepreneur is shown talking to her sisters about the Oct. 3 incident, which involved a group of men (who have yet to be caught by authorities) breaking into her apartment, holding a gun to her head and making off with millions of dollars in jewelry.

"Are they going to shoot me in the head?" she asks as her sister Khloe looks on. "There's no way out!"

At another point in the dramatic trailer, Kardashian explains that "it makes me so upset to think about it," alluding again to the shocking robbery.

The season's upcoming season on E! is sure to be one of the show's most dramatic yet, as it will deal with the family's endless, jaw-dropping drama over the past couple of months. Since the incident, there have been conflicting reports as to when and where the cameras had been rolling, as well as which sensitive topics the family had agreed to document on the show.

But, by the looks of it, they're going to address all of it, including Kanye West's Nov. 2016 hospitalization following an alleged mental breakdown.

"Don't scare me! Please, what's going on?" Kardashian asks through tears during another scene. "I think he really needs me. I need to get home."

Though the footage was largely filmed during Kardashian's social media silence in the fall, the star has come back to social media full-force during the first week of 2017, posting one family-centric Instagram photo every day this week, as well as returning to Snapchat.