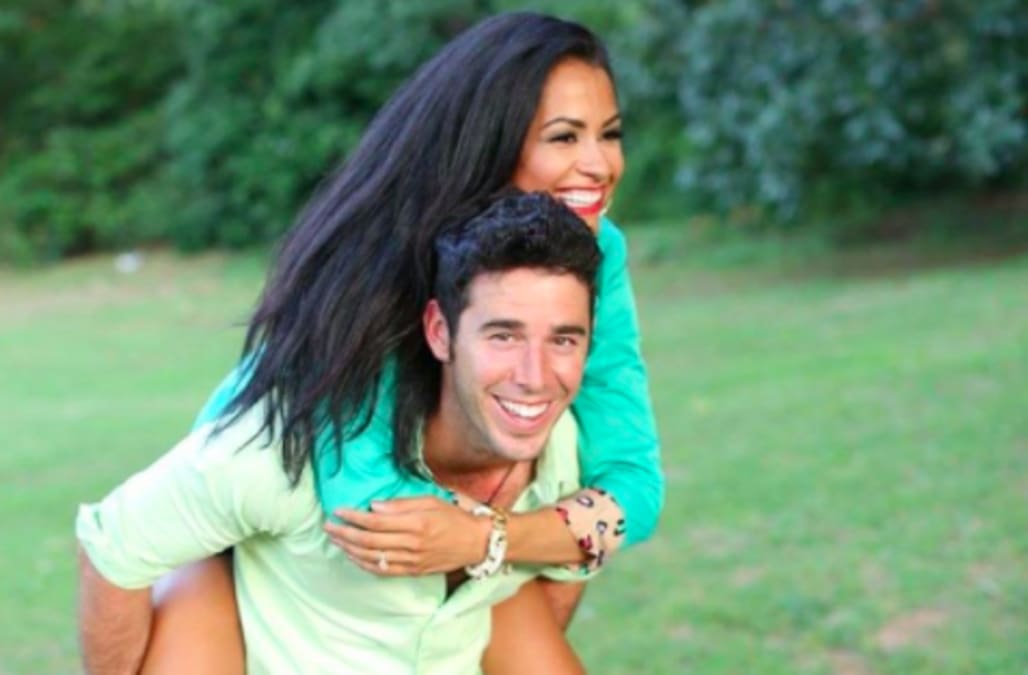 Helen Strickland is paying tribute to her beloved husband, Craig Strickland, a year after his death.

The late country singer and his friend Chase Morland were reported missing last December after going on a duck hunting trip in Oklahoma with Craig's dog, Sam. Although Sam survived, both Chase and Craig were later found dead. Craig, the lead singer of local Arkansas band Backroad Anthem, was 29 years old.

"I remember receiving these last texts from him before talking for the last time on the phone -- I'm so thankful God gave me the blessing of getting to say and hear the words 'I love you' to/from him just moments before he and Chase got in their 10ft flat bottom boat,'" Helen Instagrammed on Wednesday, Jan. 4, the one-year anniversary of when her husband was found dead. "It was truly such a blessing the day we found Craig. We were finally able to find some kind of peace knowing he was with his Heavenly Father."

Helen's last texts with Craig included a picture of her cuddling with Sam, which Craig called "precious." The 27-year-old former Miss Arkansas USA, who married Craig in November 2014, is relying on her faith to help her through her loss.

In case we don't come back, @BackroadCRAIG and I are going right through Winter Storm Goliath to kill ducks in Oklahoma. 😅 #IntoTheStorm

Thank you so much @kristinathomasphotography for sending these beautiful pictures of us. I am crying because they make my heart so full of love for this man. I love him with every fiber of my being. And I want to thank everyone for all the love, kind words and support they have sent to our family. Thank you for continuing to pray without stopping. Because of you we have been able to make it through this difficult time. Thank you for loving us and Chase's family. Thank you @CrossChurch and @shilohsaints For holding a prayer session for Craig for the past two nights. I couldn't make it through life without all of you. Thank you to all the people who have come up, called, and messaged me to shower me with love. Thank you to @backroadanthem for loving me as a sister and being there for our family every step of the way. Thank you to all the OK law enforcement agencies that have cared so much through this crisis. I'm sorry I can't thank everyone for everything you have done. But know that I love you and appreciate every single call, text, hug and prayer. To update everyone, the search for Craig has been called for the night and will resume in the morning. We love you and appreciate you more than words can say. Please continue to pray for both our and Chase's family.

From Little Rock last night to now sitting in a tree in Brown County Illinois... Ready to give an Illinois buck a ride in the back of the truck... 👊🏼
Thank you everyone who will be there tonight. You have no idea what that means to me and does for my heart. I am so blessed to have my CrossChurch and Shiloh family. I wouldn't be able to walk through this difficult moment without all of you. Thank you all. Love you ❤️
Merry Christmas from the Stricklands ☺️ #PrettyWife #Christmas
#missusa2015 with my love ❤️ @backroadcraig I'm so incredibly happy a member of our Vanbros family won it!!! So proud to have judged you at Miss OK USA @missusa! You did amazing!! 👑💖👏🏻
Well that was fun... #KendrickFincher #Arkansas
Up Next

"Losing Craig was not what any of us desired; but as @strickark [Craig's father, Randy Strickland] told me -- when we get sad, we can think of all the ways God will bless others through Craig's story," she wrote. "What a wonderful and humbling reminder that God has chosen Craig's family to help others. ... And one day, I will be so excited to sit with Craig and our Father in heaven, as we tell Craig about all the opportunities his family had to share the love of Christ with hurting people all over the world because of his testimony. What a gift of love that will be."

The Craig Strickland Foundation was set up in Craig's honor after his death, where fans can donate to provide scholarships.

WATCH: Craig Strickland's Bandmates React to His Death -- 'He is Smiling Down on Us'

"The night of the accident he had fought his way out of the water and up a hill before the stages of hypothermia set in," she wrote on Instagram. "He experienced no pain in his final moments and simply felt like he was falling asleep."

RELATED: Celebrities who died in 2016: