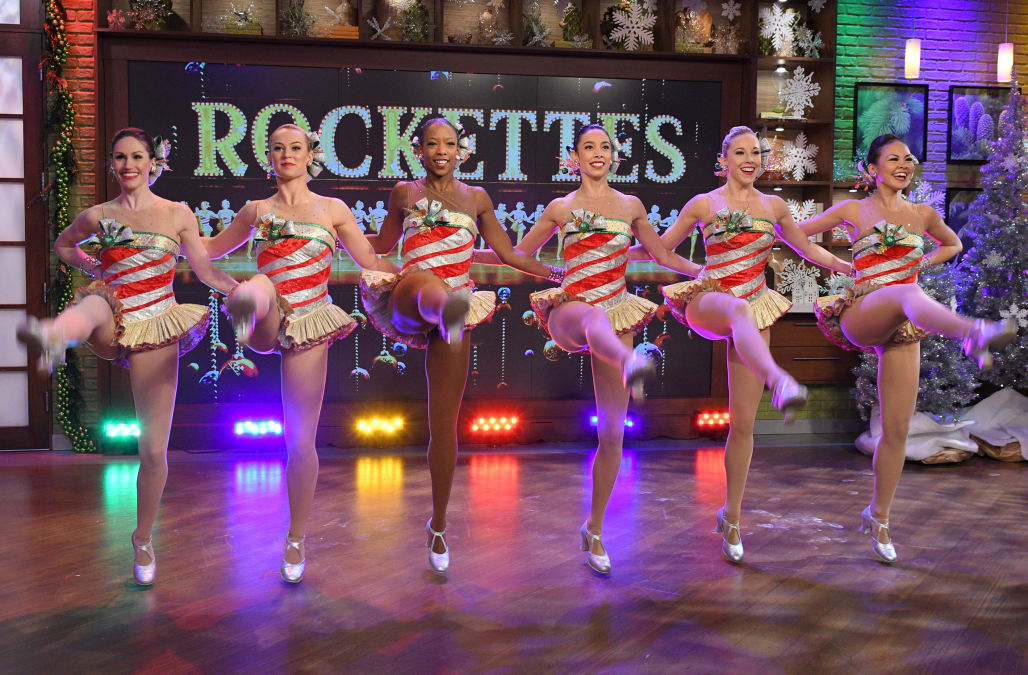 MSG executive chairman James Dolan told the Rockettes they were expected to tolerate intolerance during a meeting about the dance group's performance at Donald Trump's inauguration.

Marie Claire obtained audio of the meeting, which was secretly recorded by one of the Rockettes late last month, and reported the women "still seem to largely oppose the decision made on their behalf to enter this particular political fray."

According to the publication, one of the dancers said to Dolan, "I mean, it just sounds like you're asking us to be tolerant of intolerance."

14 PHOTOS
The Rockettes through the years
See Gallery

Marie Claire reported that her comment was followed by "uncomfortable laughter" before Dolan responded: "Yeah, in a way, I guess we are doing that... What other choices do we have? What else would you suggest?"

The advice to tolerate intolerance came after Dolan complained, "I find it a little ironic–I get all of these emails, too, from people saying, 'Don't perform for this hateful person.' And then they proceed to spew out this diatribe of hate."

When an unidentified staff member chimed in to point out their friends in the theater community "really suffered this past election cycle from this hate," Doland reportedly asked, "How can they be your friends if they're not tolerant of a different opinion?"

Marie Claire reporter Kaitlin Menza wrote in her story that "Dolan's statements reveal a management philosophy that fails to factor in the dancers' own concerns, despite the fact that they are the face and body of the brand."

RELATED: See Trump through the years:

"This is a great national event," Dolan said in the meeting. "Every four years we put in a new president. It's a huge moment in the country's history. It usually signifies a whole change in how the government is going to run. The fact that we get to participate in it...we are an American brand, and I think it's very appropriate that the Rockettes dance in the inaugural and 4th of July and our country's great historical moments."

The Marie Claire story continued: "When asked by a woman in the room if that means the Rockettes support President-elect Trump outright, Dolan clarified 'no,' but when pressed about the idea that aligning the Rockettes with such a controversial figure could tarnish the brand, Dolan didn't budge: 'I don't believe it's going to hurt the brand. And nobody is more concerned about that than the guy sitting in this chair. I'm about to spend $50 million remounting this summer show. I'm going to spend a similar amount remounting next year's Christmas show. I gotta sell tickets.' He went on to point out that support from Trump voters isn't something he wants to miss out on: 'A good portion of people voted for this person. Hopefully they will like our brand. If 1% of 1% of them come to our show, we're going to do great.'"

The Rockettes' parent company, Madison Square Garden, called a Rockette's decision to record the meeting between Dolan and the team "deceitful and cowardly."

"This is one person who continues to attempt to represent the entire team of Rockettes," MSG COO Barry Watkins said in a statement obtained by TheWrap. "This time it's in a story that is the result of an unauthorized recording that violated the confidentiality of all of her sister Rockettes. While Mr. Dolan stands behind everything he said during the meeting, no one in that room believed they were speaking publicly."

The statement continues, "Everyone in the meeting had the chance to speak their mind in a safe setting, and many did. Her secret recording was deceitful and cowardly and has betrayed all of her fellow Rockettes. Posting this story is beneath the ethical standards of Hearst. We are deeply disappointed in their decision to post this story."

RELATED: Ivanka Trump through the years: