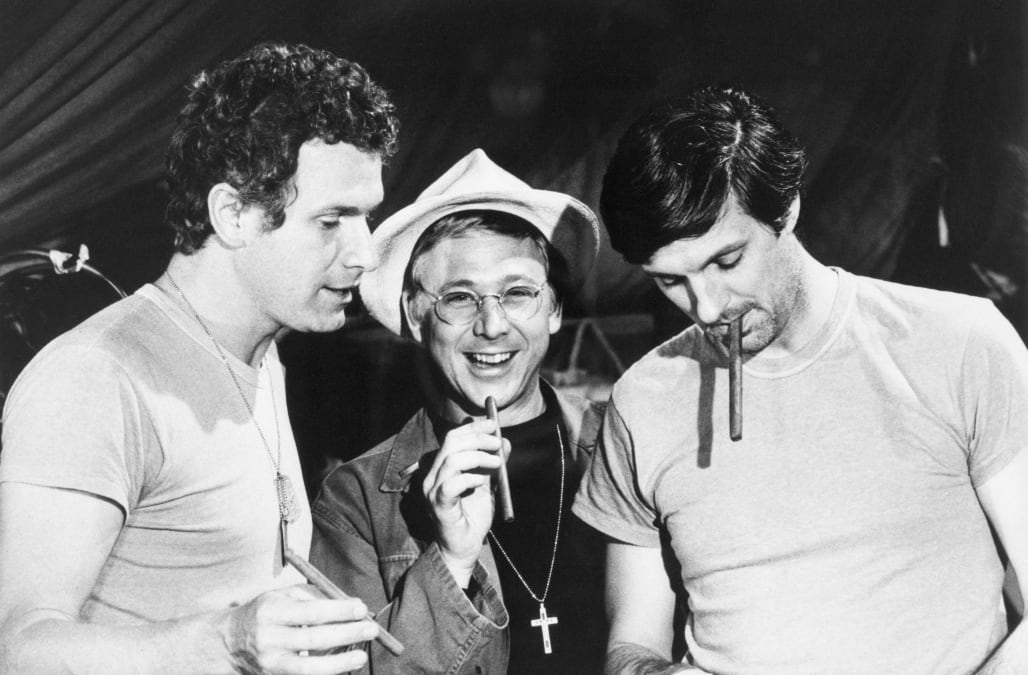 Dec 31 (Reuters) - William Christopher, who played the unassuming U.S. Army chaplain, Father Mulcahy, struggling to bring spiritual comfort to an anarchic surgical unit during the Korean War on the long-running hit TV series "M*A*S*H," died on Saturday. He was 84.

Christopher, who was diagnosed with cancer about 18 months ago, died in his bed at his home in Pasadena, California, according to his longtime New York-based agent, Robert Malcolm. The actor's wife of nearly 60 years, Barbara Christopher, was with him at the time, Malcolm said.

Christopher landed his signature role of Father Francis Mulcahy on "M*A*S*H" after another actor played the part on the show's pilot episode. He went on to portray the soft-spoken priest assigned to the fictional 4077th Mobile Army Surgical Hospital for the duration of the series, which ran from 1972 to 1983 on the CBS network and continued to air in syndication for decades after.Together with Alan Alda as Captain "Hawkeye" Pierce, Loretta Swit as Major Margaret "Hotlips" Houlihan and Jamie Farr as cross-dressing Corporal Maxwell Klinger, Christopher was among the only cast members to remain on the show for all 11 seasons.

In his portrayal of Father Mulcahy, a character originated in the 1970 film that inspired TV's "M*A*S*H," Christopher was a supporting player, but his role grew as the series went on.

PHOTOS: A look back at William Christopher's roles

10 PHOTOS
William Christopher: A look back at his life
See Gallery

After producers of the show decided to replace George Morgan, the actor originally cast as the chaplain, Christopher got a chance to audition for the part. Although he irked producers by ad-libbing lines in his tryout, he impressed them with his quirky performance, and they offered him the job, provided he followed the script.

As portrayed by Christopher, Mulcahy was a mild-mannered, sometimes timid presence amid the chaos of "meatball surgery" on troops wounded in the 1950-53 Korean War. The character resisted offering a religious hard-sell to the hard-boiled Army medical personnel and the wounded patients.

The Mulcahy character was Roman Catholic (Christopher actually was Methodist) but ministered to all faiths. Mulcahy affectionately referred to Hawkeye as "that crazy agnostic." In one episode, Alda's character instructs Mulcahy by radio how to perform an emergency tracheotomy on a wounded soldier under enemy fire.

"I liked the character. I liked Father Mulcahy. The character is pretty real to me," Christopher told the Fayetteville Observer newspaper in North Carolina in 2011.

Christopher joined fellow "M*A*S*H" alumni Farr and Harry Morgan in the short-lived spin-off series "After MASH," set in a veterans' hospital, which aired in 1983 and 1984.

"I feel pretty lucky to be an actor with a job that lasted 11 years," Christopher told the Patriot-News newspaper in Pennsylvania in 2009. "Actually, I extended that to 13 years because we did 'After MASH.' I was very happy to keep playing Mulcahy. Actors always expect that their job will end and then they are out of work. It's a lot more fun to be working than to be out of work."

He moved to California and landed recurring roles on 1960s TV shows including "Gomer Pyle: USMC" and "Hogan's Heroes" and small roles in movies including 1968's "With Six You Get Egg Roll" in which he appeared with future "M*A*S*H" co-star Farr.

In the 1990s, Farr and Christopher co-starred in a touring production of the play "The Odd Couple."

Christopher married his wife, Barbara, in 1957. They had two children. He was active in the cause of autism awareness. He and his wife co-authored a book about raising an autistic son. (Additional reporting by Steve Gorman; Editing by Bill Trott, Diane Craft and Mary Milliken)