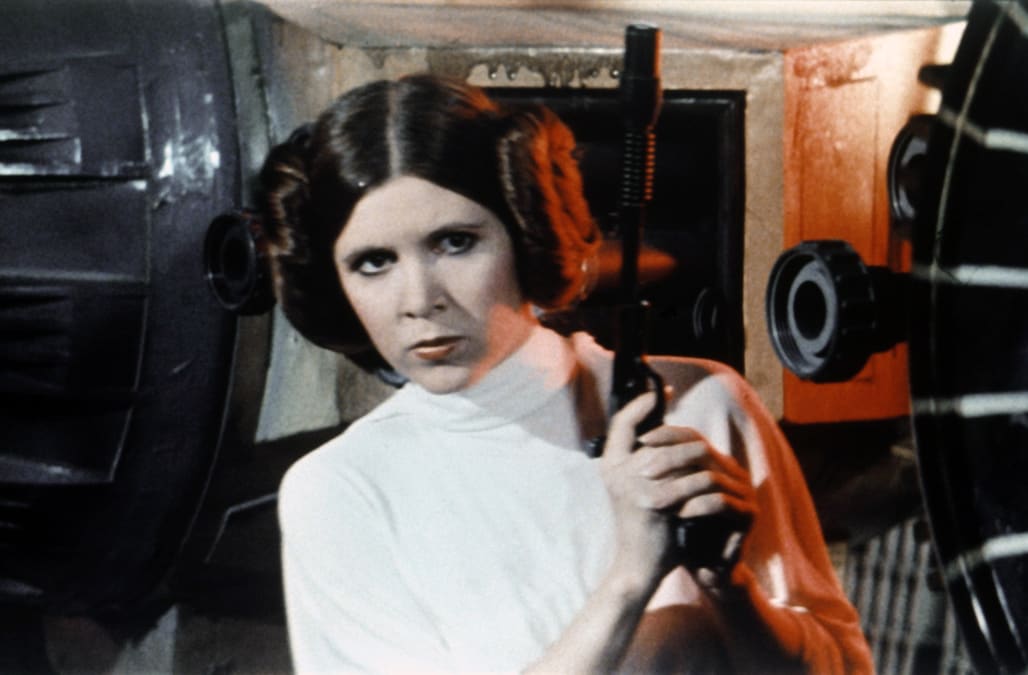 Carrie Fisher became iconic as Princess Leia Organa — but she had to audition for the "Star Wars" role just to get it, of course.

Thanks to YouTube, you can watch her read lines with Harrison Ford's Han Solo. Don't complain about the audio/video quality kids, this was 40-plus years ago.

Even back then, Fisher knew the Death Star was big trouble — and a star was born. Watch her tryout above.

Fisher died Tuesday after suffering cardiac arrest. She was 60.

The actress had actually made her big screen debut in "Shampoo" (1970) with Warren Beatty, Goldie Hawn and Julie Christie. In 1977, she won the role that would make her internationally famous in "Star Wars," as the revolutionary princess of the planet Alderaan.

Following starring roles in "Empire Strikes Back" and "Return of the Jedi," Fisher had a string of small or guest parts such as "Scream 3," "Jay and Silent Bob Strike Back," "These Old Broads," "Sex and the City" and "Entourage." She most recently starred in "Star Wars: The Force Awakens."