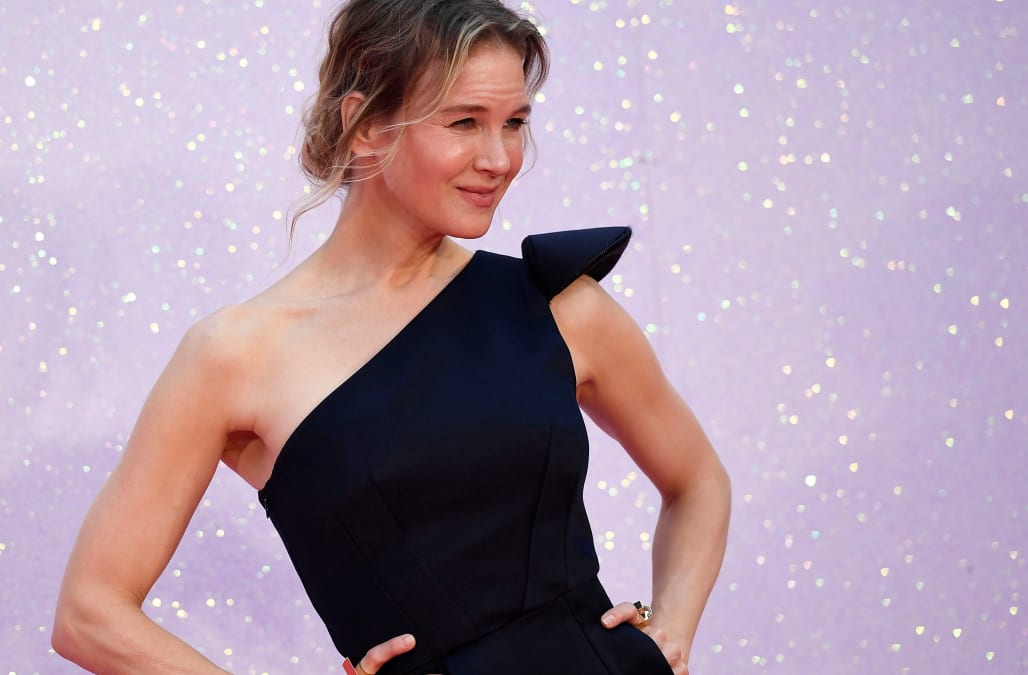 The list of 2016 global box office hits is made up of many expected titles: a lot of Disney — Finding Dory, Captain America: Civil War, Zootopia, The Jungle Book and, of course Rouge One: A Star Wars Story — plus the usual suspects among the studio tentpoles — Warner Bros.' Superman v. Batman: Dawn of Justice, Suicide Squad and Fantastic Beasts and Where to Find Them; and Universal's The Secret Life of Pets. Fox's anti-superhero movie Deadpool, which grossed $783 million worldwide, is the only major upset in the top 10 list this year.

But drop a bit further down and the 2016 foreign box office reveals a surprisingly diverse international audience, whose choices in Hollywood entertainment range widely and don't always match up with those in America.

Take Bridget Jones's Baby, the third, and likely final, entry in the Renee Zellweger-fronted chick-lit franchise. The movie earned just $24 million for Universal in the U.S. but enjoyed a $188 million bonanza internationally, fully 89 percent of its total box office take. The British-focus of the film — based on Helen Fielding's London-set books — obviously helped its performance in Blighty, where it earned a whopping $61 million, as well as in the rest of Europe where the film outperformed relative to the U.S. Tiny Holland was the stand-out. With a total gross of $11.5 million, Bridget Jones's Baby was the number one film of the year in the Netherlands. The lowlands have long had a tradition of female-focused comedies — see the hit Gooische Women franchise headed by local superstar Linda de Mol — which helps to explain the appeal of Bridget Jones.

Another femme-focused rom com, Warner Bros.' Me Before You, nearly tripled its $56 million domestic take on the international market, earning fully 81 percent of its gross outside North America. Here, the success was also a matter of clear counter-programming. Warner bowed Thea Sharrock's debut feature, starring Emilia Clarke as a caregiver tending on Sam Claflin, a former banker paralyzed by a motorcycle accident, in the summer during the European Soccer Championships when most studios had pulled more male-focused features from their schedules. The tactic worked. Me Before You performed best in soccer-mad territories such as Germany ($20 million), Brazil ($17 million) and Mexico ($11.6 million), where the film had little in the way of competition. In Norway, another big soccer nation, Me Before You was the top grossing title of 2016. The Nordic appeal likely had a lot to do with Clarke, a huge star in Northern Europe thanks to her starring role in HBO's series Game of Thrones, a major hit in the region.

Sony's animated The Angry Birds Movie also did particularly well in Scandinavia, thanks in part to local loyalties. The original mobile game on which the film is based was invented by Rovio, a Finnish company. That explains why the movie earned $3.7 million in Finland, making it the country's number one movie of 2016.

La La Land, Lionsgate's awards-season musical, is only just starting its international rollout but already it's gross in South Korea ($9.3 million) has surpassed that of North America ($7.2 million). Here the success of Damien Chazelle's sophomore feature has to do with the Korean love of all things musical. The massive K-pop industry has primed South Koreans to come out for music-themed films. Korea was the number two market for Chazelle's debut, Whiplash, with a $11.4 million gross, behind only the U.S. with $13 million. John Carney's music-themed romance Begin Again grossed $25.9 million in South Korea, compared to $16 million domestically.. Carney's Dublin-set follow-up, Sing Street has earned $3.8 million in Korea against $1.8 million in North America. Recently, South Korean has seen major success with re-releasing older Hollywood films, with musicals such as Chicago and The Phantom of the Opera among the biggest draws.

Elsewhere in Asia, Sully, Clint Eastwood's real-life aviation adventure tale starring Tom Hanks, wowed in Japan, where the film has earned $12 million, outperforming all other international territories. Warner gave the film the more universal title Hudson-kawa no Kiseki —"Miracle on the Hudson River" — for its Japanese launch but the movie's appeal had as much to do with the Japanese audience's love of the everyman hero — epitomized by Hanks' "Sully" Sullenberger — which tend to be more popular in the territory than superhero types. Eastwood has also been a favorite in Japan since his well-received war drama Letters from Iwo Jima.

China's slowing, but still booming box office came to rescue of several Hollywood titles this year, including Ang Lee's Billy Lynn's Long Halftime Walk. The Iraq war drama, which earned just $1.7 million domestically, grossed $24 million on Chinese release, thanks to Bona Film Group, one of the financial backers of the Fox title who helped roll out the film in China. Lee's name also helped in China, where the Taiwanese-born filmmaker is something of national treasure. Indeed, Billy Lynn actually earned more in Taiwan ($3.2 million) than it did in North America.

An even bigger Chinese success story was Now You See Me 2, the magic-themed thriller from Jon M. Chu, the sequel to Louis Leterrier's 2013 hit. The film earned $97 million in China, substantially more than the $65 million it took in North America. Opening head-to-head against Independence Day:Resurgence, it actually out-performed Roland Emmerich's sci-fi blockbuster, which earned $75 million in China. Key to the film's Chinese success was clever use of the Chinese casino enclave of Macau as a shooting location for the sequel and the casting of Taiwanese mega-star Jay Chou in a key supporting role. Past Hollywood productions have seen their efforts to woo Chinese fans backfire but Chou, well-known for his off-screen love of magic tricks, was ideally cast. Leomus Pictures, the Chinese group which, together with Hunan TV, has partnered with Lionsgate on a $375 million film slate, also insisted that Chou have a place on the movie's international poster. Lionsgate and Leomus are now planning a Chinese spinoff of the franchise and exploring the possibility of producing Escape Plan 2 as a China co-production.

Read more: Lionsgate to Make Chinese Spinoff of 'Now You See Me' (Exclusive)