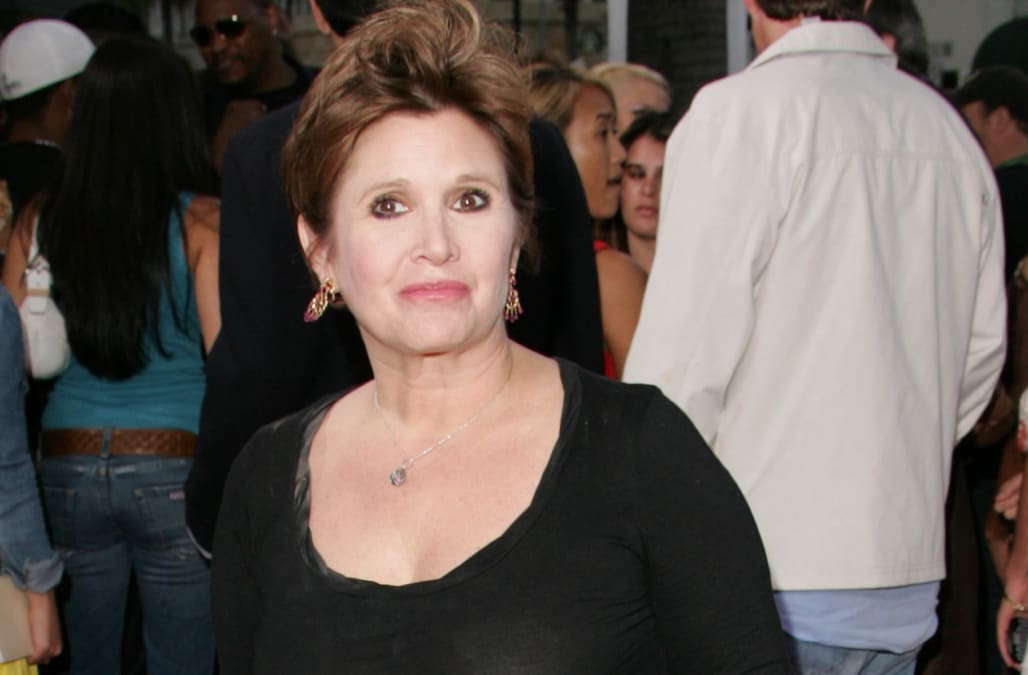 There's a sweet, fleeting moment in Steven Spielberg's 1991 film "Hook" in which Tinkerbell sprinkles fairy dust on a couple on a bridge. If you noticed it, you may have forgotten — but you might have paid closer attention if you knew the lovers were Carrie Fisher and George Lucas.

Days before Fisher's death Tuesday, TheWrap confirmed with two "Hook" filmmakers — and Fisher herself — that she and the "Star Wars" creator appeared together in the scene. (We chased down the reports about the secret cameo as part of our coverage of the film's 25th anniversary.)

The scene happens early in the film, when Tinkerbell (played by Julia Roberts) finds the adult Peter Pan (Williams) and carts him off back to Neverland.

Tink pulls Pan through the night air in London, above a couple on a bridge seen in a warm embrace. When she sprinkles them with dust, the two lovers float up above the river.

Lucas paid tribute to Fisher Tuesday with a statement in which he wrote, "Carrie and I have been friends most of our adult lives."

The movie was a spinoff of the popular J. M. Barrie tale, starring the late Robin Williams, and is riddled with stealthy appearances — including Glenn Close as a pirate and Phil Collins as a detective.

The moment has special resonance with Fisher's passing. She floats away, but lingers in our memories.