11 of Carrie Fisher's most outrageous, profound and hilarious quotes 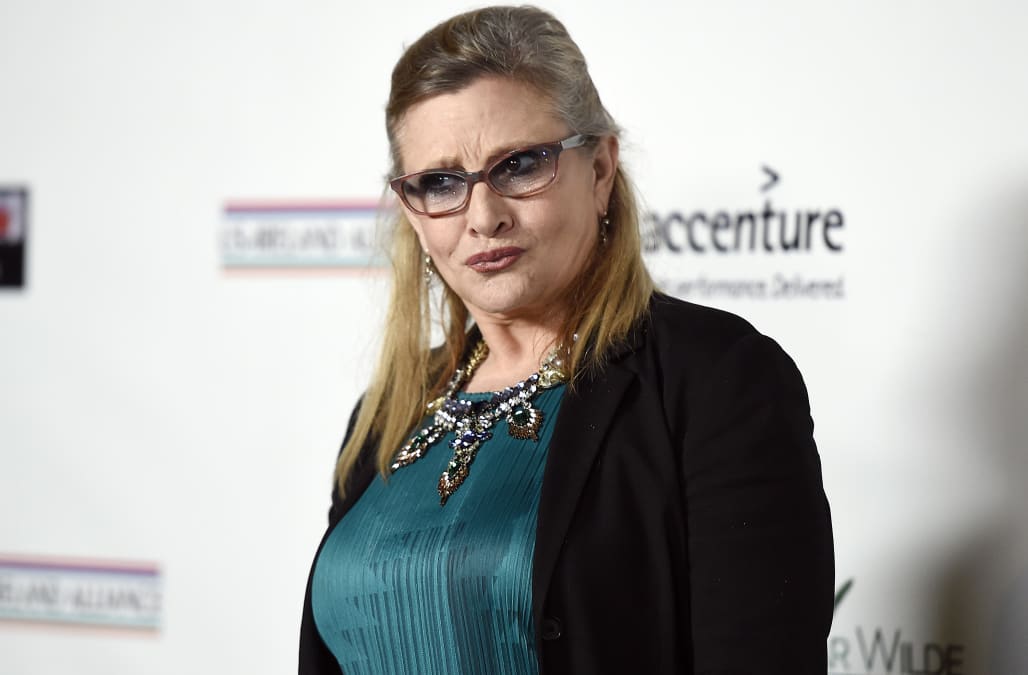 Carrie Fisher, the outspoken actress who shot to prominence as a teenager when she played Princess Leia in "Star Wars," and chronicled her colorful life in a series of books, died after suffering a heart attack Friday at age 60. Here are some of her most memorable real-life lines:

“Sometimes I think all I want to find is a mean guy and make him be nice to me. Or maybe a nice guy who’s a little bit mean to me. But they’re usually too nice too soon or too mean too long” — “Wishful Drinking”

“Youth and beauty are not accomplishments, they’re the temporary happy by-products of time and/or DNA. Don’t hold your breath for either.” — Twitter

“I shot through my twenties like a luminous thread through a dark needle, blazing toward my destination: Nowhere.” — “Postcards from the Edge”

“Debbie remains the girl-next-door, whereas I live somewhere down the street.” — TV Times interview

“It was Han and Leia during the week, and Carrie and Harrison during the weekend.” — “The Princess Diarist,” talking about her affair with “Star Wars” co-star Harrison Ford

“Having waited my entire life to get an award for something, anything…I now get awards all the time for being mentally ill. It’s better than being bad at being insane, right? How tragic would it be to be runner-up for Bipolar Woman of the Year?” — “Wishful Drinking”

"Life is a cruel, horrible joke and I am the punch line." -- "Postcards from the Edge"

"In my opinion, a problem derails your life and an inconvenience is not being able to get a nice seat on the un-derailed train." -- "Wishful Drinking"

More from The Wrap:
Carrie Fisher ‘Out of Emergency,’ In Stable Condition (Report)
Carrie Fisher Heart Attack Prompts Hollywood Outpouring
Harrison Ford on Carrie Fisher: ‘One of a Kind… Funny and Emotionally Fearless’