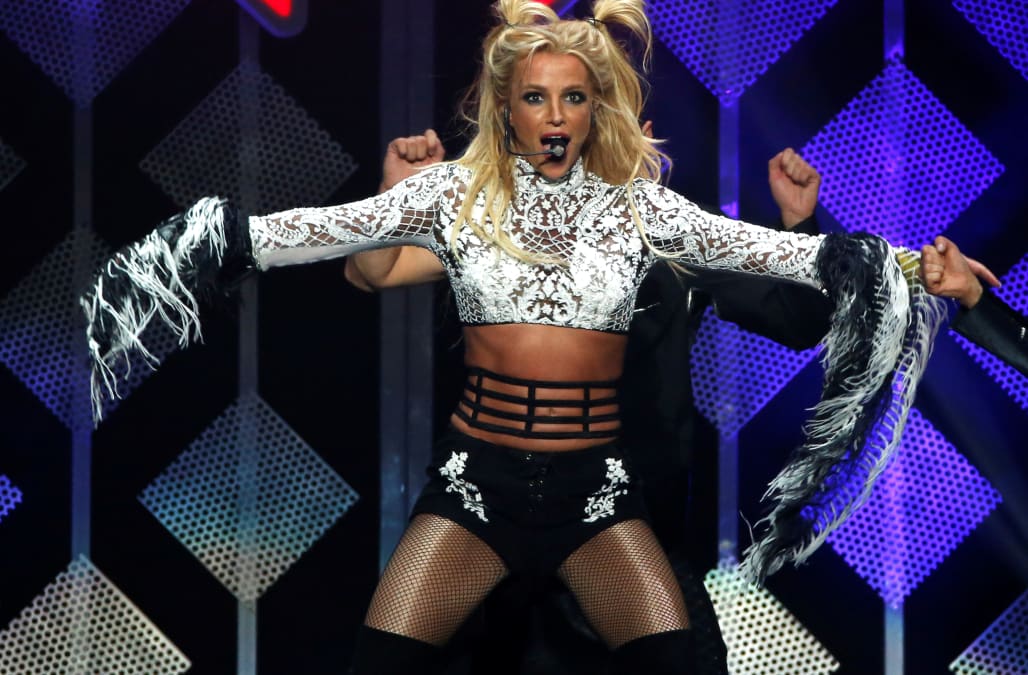 Two years after the devastating Christmastime hack of its movie studio, the Sony corporation had a significantly smaller breech — it's Twitter account — one that reported pop star Britney Spears was dead.

The false report about the "Work B***h" singer sent her fans and social media spiraling on Monday morning.

Both accounts were hacked by online group OurMine, according to Billboard, who obtained screen grabs of the tweets deleted by Sony Music roughly two hours after they were posted.

Representatives for Spears confirmed the mother of two is alive and well, CNN's AnneClaire Stapleton said.

A Sony Music spokesperson was not immediately reachable for comment. More to come...

Britney Spears' sexiest Instagrams of 2016
So ready for this night ✨💃🏼#VMAs
It's been a while since I've cut loose 😂😜
Kinda bored today and wanted to see if I could still do a leap... It's not perfect but not too shabby either 😂😂😂
Tonight was unforgettable 💫 Thank you #VMAs and thank you to my amazing fans!
Old school #tbt
#DoYouWannaComeOver… Coming 8/18
Nothing like hiking to refocus your energy. Can't wait to get back to Vegas this week!
So many more things on the way... #Glory is coming soon. Pre-order now!
Still dreaming a mile a minute... 💙
Another great day!
After Cheesecake Factory you do this... Treadmill and weights 💪
Hurricane Harbor whoop whoop!
Back in braids... See you at the show tonight! #PieceOfMe
I love handstands!
Twirling for all the haters
My head is melting it's so hot in Vegas!!
Wow Larry! Very impressed.
Day one: ✔️
Just chillaxing 🕶
Love boutiques... Just saying 😊
Bought three new swimsuits today 👙 This one is my favorite!
Getting crafty with the green paint lol... Hope you all have a wonderful, brilliant, blessed day! 💚
Happy Monday everyone! ❤️
The paps actually got a cool pic of me 🎀🎀🎀🎀
👙🌴☀️
Good afternoon!
Just chilling ☀️
Happy Friday! ☀️
Girls just wanna have fun 😉 Never released a video for this song... so decided to do a little tease on Instagram instead… enjoy!!
Yoga yoga...feelin better and getting back on the mat!!
Up Next