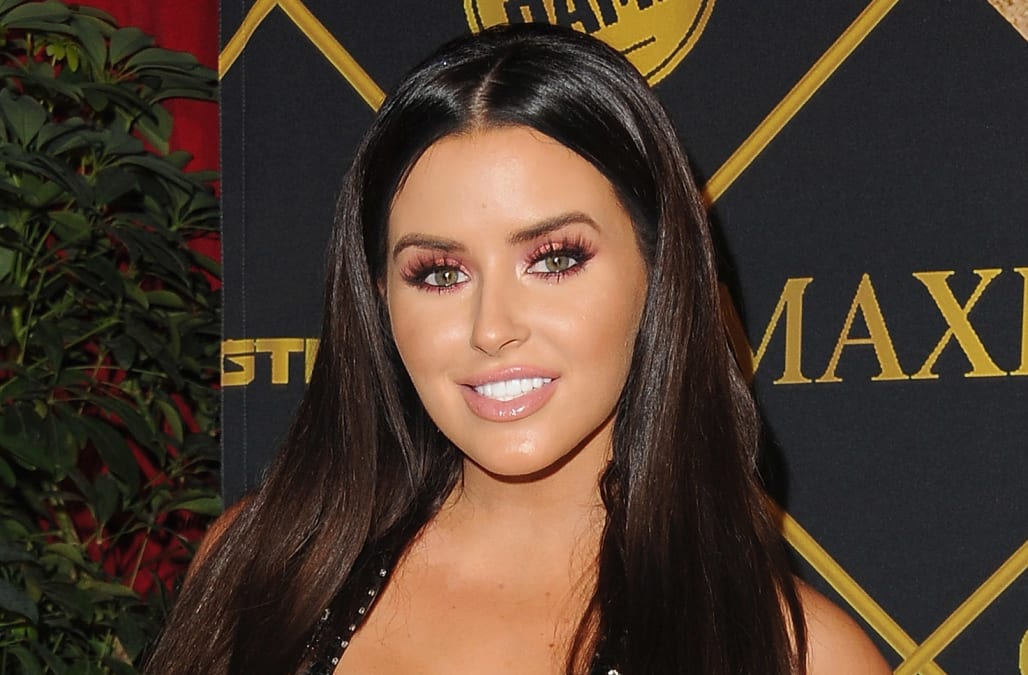 In today's world of social media, where anyone can be 'famous', it's not easy to make a name for yourself. However, model Abigail Ratchford has definitely broken out of the mold into stardom.

With over 6 million followers on Instagram alone, Ratchford is well on her way to being a familiar face to many. She got her start at a young age, and by chance, when she had a photographer friend of hers take photos. From there, there was no turning back.

Now, Ratchford has worked with a multitude of publications and has had guest roles on shows like Parks and Recreation, and more.

We had the chance to chat with the up-and-coming model recently to learn about her rise to fame. Check out part one of the interview below!

Luscious dark locks thanks to my loves @chaviv_hair X @balayagebymatt : ) 🍫

#YouShouldKnow is a feature that showcases rising talents. To see more past interviews, including more features on Abigail Ratchford, click here.

How did you first become involved with modeling?

It kind of happened by accident. I did this photoshoot with my friend who is a photographer in Philadelphia, which is about two hours from where I grew up. It was just for fun, and at the time I didn't have any social media really. I just had a Facebook for my family and my friends. Then he posted the pictures of me on his Facebook and all of these websites saw them, and they just kind of spread around. A lot of people were asking who I was and why they hadn't heard of me yet. I talked to my family and friends about it, and they all said I should just go with this. From there, I just started booking more and more photoshoots and it kind of just took off.

You're from Scranton, PA -- how did growing up in a small town inspire you and make you who you are today?

I come from a big family, I'm the 5th of 7 kids, and my parents always taught us to follow our own path and not really do what other people say we can or can't do. THey told us they would support us no matter what. It was those small-town values and the big family mentality that made me independent and motivated me to set my own path.

What was it like being in a family that big?

We're all spread out in age. So, there has never really been seven of us at one time in the house, so it wasn't as crazy as it could be, but it was still definitely very interesting.

How has it been to live in LA? What was it like to leave your smaller town for a big city?

It was definitely the bravest thing I've ever done, but I was just at a turning point in my career. I had been doing some stuff on Instagram for about 6 months, and I felt like I was just starting to get a big following, but there was only so much I could do from the East Coast. Then I started getting contacted by different agents and casting directors in New York City, but every time I would get an audition or casting, I would have to take a bus to New York, which is about two hours away from Scranton. So I knew that if I really wanted to do this, I had to go where it was it, which was Los Angeles. Then, I took a chance and started selling all of these signed pictures of myself and saved up money. I packed my car up and had everything shipped, and flew out there two days after Christmas. It was definitely super scary, but really exciting. It's paid-off for sure.

What's your favorite thing about modeling and getting your photo taken?

My favorite thing is being around all of the different people involved in the industry -- the makeup people, the hair people, the photographers, and more. Normally, everybody behind the scenes is pretty creative, so it's definitely fun to be around all of these people who have ideas and who all come together and make the shoots really amazing.

Do you have a favorite shoot you ever worked on?

They're all so different and so fun. But I really liked the one I did with the American flag theme at the car wash, that one was really fun. The atmosphere and energy on set was so fun. The car wash video was this viral video I did with my friend who's a videographer. I just posted it on my Instagram and it kind of ended up everywhere. It was reposted on a bunch of people's websites and all over the Internet. So that was really fun.