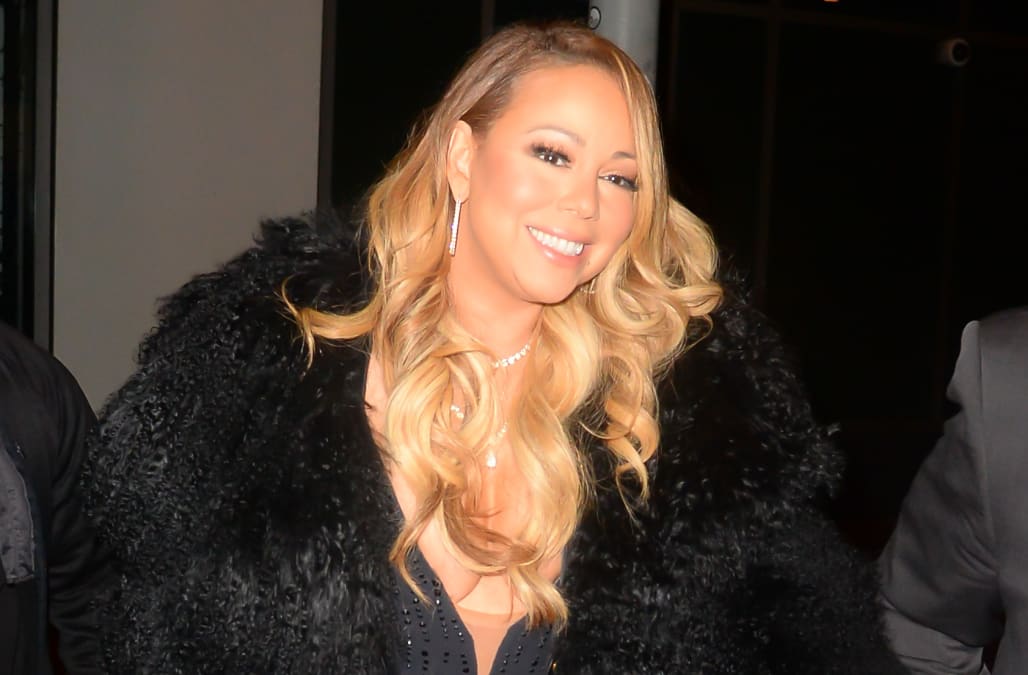 It's just Mariah's world and we're all living in it! Mariah Carey visited Watch What Happens Live! on Sunday night, when host Andy Cohen decided to have a little fun in a game of "Do You Know Her?"

Carey famously started a feud between herself and Jennifer Lopez several years ago when she claimed to not know who the "I'm Real" singer was.

Knowing this, Cohen proceeded to quiz the Mariah's World star on today's divas.

"I'm forgetful. How am I to know?" Carey innocently asked at the beginning of the game.

Naturally, he first brought up Lopez, and Carey chose to remain quiet, but when an audience member shouted, "No!" she pointed to them, raising a telling eyebrow.

Lady Gaga got off easier, as Carey explained, "She came to my show, she was very sweet. She came to the Christmas show at the Beacon Theatre and we had a nice conversation... We've met...I enjoyed the moment."

She vaguely recalled meeting Miley Cyrus "in a bathroom once" and said she's never had a conversation with Madonna.

As for Ariana Grande, Carey was not so forgiving. When Cohen suggested Grande was like a young Carey early in her career, the mother of two replied, "I don't know when early in the career was... Honestly I'm not familiar, I listen to hip-hop more than I listen to pop music."

Cohen also referenced some tweets from Demi Lovato about Carey's feuds, which specifically called Carey's treatment of Lopez "nasty," which prompted Carey to roll her eyes.

"I don't know her either, so I wouldn't say anything to her," she said. "She should come up, introduce herself to me, say 'Here's my opinion, what do you think about it?' That's how you handle s**t."

And the shade continued when Cohen asked if Carey plans to return her engagement ring from ex-fiancé James Packer. She simply looked at the host and asked, "Why?"

Mariah responds to the comments Demi Lovato left here on #theartofshade_ a few months back!! 😩😩

Carey played it coy when asked about her rumored new romance with dancer Bryan Tanaka, who accompanied her to the WWHL taping.

When Cohen asked if she was dating, she turned the question around and asked him, noting, "I'm not used to dating. I really am, like, quite virginal."

As Cohen pressed the topic, Carey brushed it off, saying, "If I tell you that, then like on my show, I don't get to reveal."

"Is it revealed on your show?" Cohen questions.

"'Reveal' is such an interesting word," Carey replies, laughing. "I want people to watch the show because honestly, I don't want to go into it but when something is real, and it's a beautiful thing, you don't want to trash it up. It is what it is."

For more on Carey, watch the clip below!