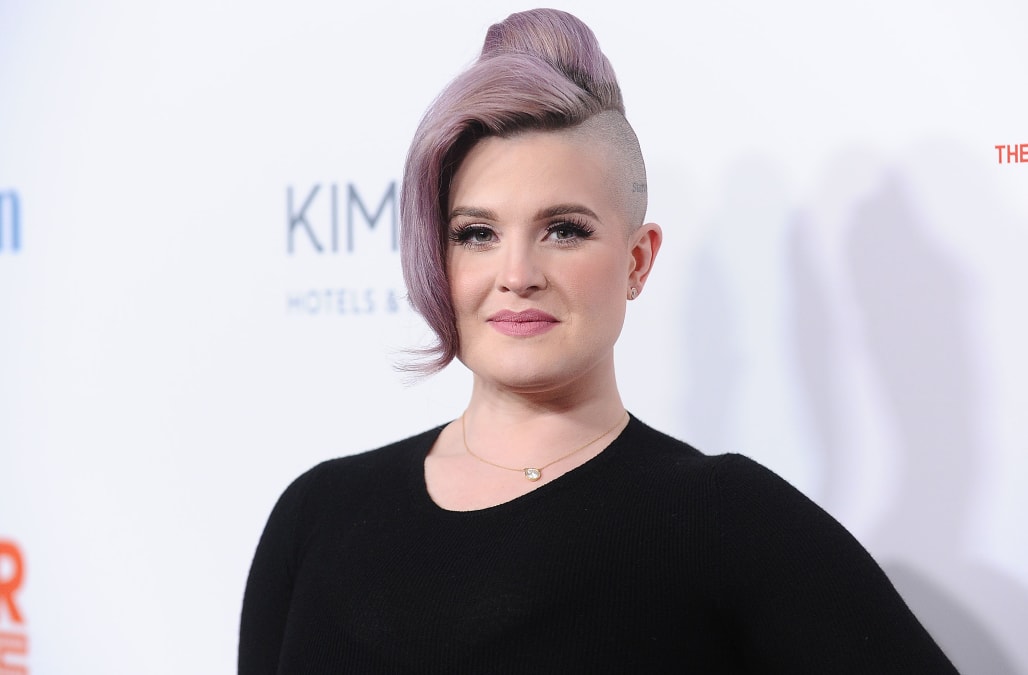 Kelly Osbourne is making a major change for the holidays this year. For the first time ever, she'll be celebrating Christmas away from her famous family, instead opting to go to her best friend, Kelly Cutrone's, country home in New York.

By skipping out on the Osbournes' Christmas celebrations, Kelly will be missing contentious games of Monopoly, sleeping in, her father Ozzy controlling the television and a very British breakfast. And, though she "feels bad," she told me over the phone recently that it's time for her to do her own thing for once.

As they do with every family, the holidays can get a bit intense and contentious in the Osbourne household, especially when Ozzy Osbourne insists on announcing to the entire dinner table that Kelly is his favorite child. But the television personality has a secret for sneaking away from her famously outspoken loved ones: HotelTonight, an app that provides insanely cheap last-minute deals on hotel rooms and helps keep the peace over the holiday season. As Kelly puts it, "you can be in the Four Seasons for the price of the Holiday Inn. This sh*t is everything."

I recently caught up with Kelly Osbourne over the phone to talk about her holiday plans for this year, sleeping in on Christmas morning and what has remained constant for her family in light of all of the ups and downs they've experienced since "The Osbournes" wrapped a decade ago.

See photos of Kelly Osbourne through the years:

Check out my full conversation with Kelly Osbourne below:

Happy holidays! How are you planning on spending your Christmas this year?

It's really funny -- I was just talking about this -- but my mother has selective memory. I told her my holiday plans at the beginning of the summer, and she was in shock because it's the first Christmas I'm spending outside of my family. Then, she was [recently] talking about what we were going to be doing on Christmas, and I was like, "Mom! I don't know what you're doing -- I'm going to be in New York!" And she said, "What?!" I was like, "Mom, I told you in, like, June!" And thank God her assistant was in the room, because she said, "Sharon, it's true. I even have an email here [confirming that she had already told you]." And then she realized that I wasn't making it up.

I couldn't imagine what that feels like for my mom, and it makes me feel really bad, like I'm doing something wrong, but I'm 32 years old, and I think it's about time that I try one Christmas away!

What are you going to be doing in New York?

I'm going to be with my best friend Kelly Cutrone and staying at her country house, because I am dying to have a white Christmas!

Have you ever had one before?!

Oh, I'm English! I remember this one Christmas in particular, and it was when Spice Girls released "2 Become 1" -- it was the Christmas No. 1 in England -- and I went to bed and there was not one bit of snow on the ground, and I woke up and there was snow everywhere! I was so excited about it.

Will you be missing out on any family traditions by not spending the holidays at home?

Yeah, we celebrate Christmas on Christmas Eve, actually, so we have a big dinner on Christmas Eve. Now that we're all older, we live in separate places -- except for on Christmas when we're all together -- and we want to sleep in on Christmas morning, so we do that. We then take all of the leftovers and mix them with the mashed potatoes and make paddies -- it's called bubble and squeak and it's an English thing to do -- and that's what we eat on Christmas. And then, we just watch TV and relax. Me and my mom will also go around with trash bags, picking up the disgusting mess of food and wrapping paper and all that.

That sounds amazing -- so low-key! But we all know that we can go a little bit insane with so much family time around the holidays. Are there any pet peeves you have about your family?

So, it's been a while since "The Osbournes" was on television, but what are some things that have remained constant for your family since the show ended through all the ups and downs?

That we love the sh*t out of each other. We are still wacky as ever, but I guess that's how we came to invent reality TV in the first place. We've grown up and matured and become adults, but we're still the same people that we were [back then].

My mom still loves Christmas and goes all out and decorates everything. I mean, she had me decorating that tree in the first f*cking week of November! [Laughs] I was up a ladder until one in the morning every night. She was saying [imitates her mother's voice] "It must be ready before Daddy gets back from tour!" And I'm like, "Mom, he is still three weeks away from being back!" It's so funny. Last night, I went to drop off some presents under the tree, and my mom was so excited because it was her first present this year.

Speaking of your mother, it must be cool to see your parents still killing it and working so hard in their careers after all of these years. How does it feel to watch them continue to succeed?

We are the Osbournes, and that's all we know. We've been taught to respect what we have and work really hard for it, because nobody is just going to give it to you. My parents are my heroes, and they continue to work so hard with no intention of stopping. My father can go on stage and do a two-and-a-half hour set. I mean, he outshines the 19 year olds! That's what he was born to do, and my mom does what she was born to do. As a result of that, we all have our own careers, and we're all so lucky to be successful and have incredible fans that have always been there for us, and we will always be there for them.

Not a day goes by that I don't realize how lucky I am. We're not perfect, but we are who we are, and we love each other to death.

Is there any piece of advice that your parents gave you that has stuck with you through the years?

Well, for example, this morning I had to get up this morning at 4 a.m. to start work, but you never complain about that. You have a job and people rely on you; if you don't show up, then those people don't get paid either. You have to be responsible and show up for people, and you have to smile, because you're lucky that you even have a f*cking job.

As the year winds down, are you making resolutions for next year? Is that something you believe in doing?

Absolutely f*cking not, because they last about 25 minutes, and you start doing what you said you wouldn't do! [Laughs] If there's something that you want to change about yourself, it has got to be a life change and not a resolution.

But do you look out at 2017 and set goals for yourself?

My biggest goal is to just be myself and be happy. That's all you can really ask for.