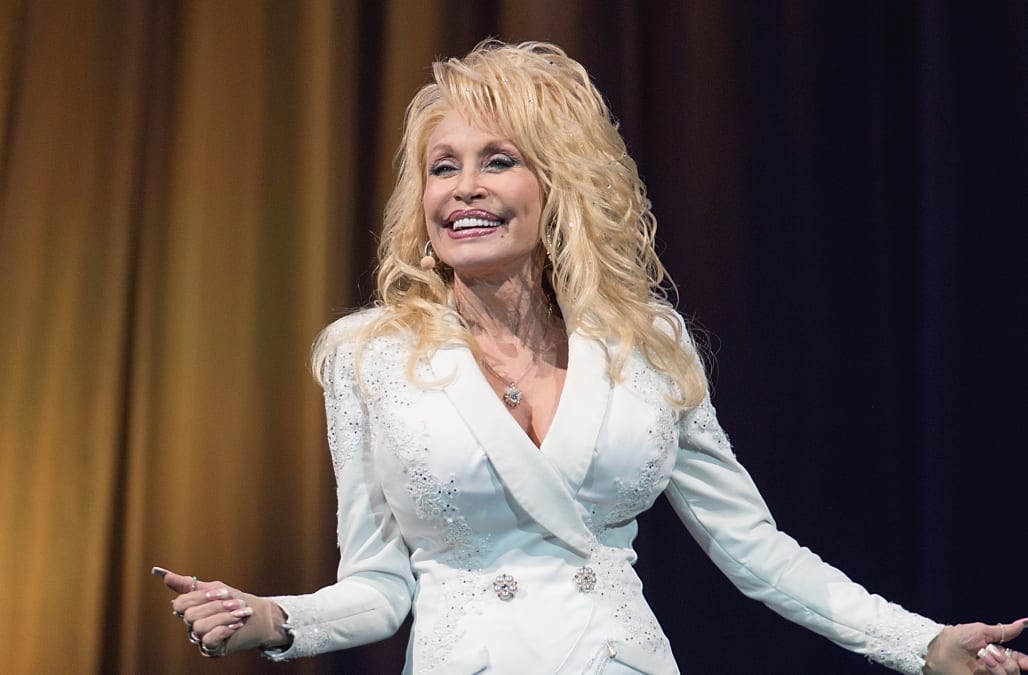 From the time it started, we knew that Dolly Parton's "Smoky Mountains Rise: a Benefit for the My People Fund" was going to do great things. For one thing, the lineup of entertainment included some of the biggest and best in the business, including Reba, Chris Stapleton, Alabama, Lauren Alaina, Hank Williams Jr., Chris Young, Amy Grant, Montgomery Gentry, LoCash, Alison Krauss and Jamey Johnson, Big and Rich, Chris Janson, and a nostalgic duet between Dolly and her longtime friend Kenny Rogers.

RELATED: Watch Kenny Rogers and Dolly Parton sing their biggest duet for a very good cause

The other thing that we've learned is that country music fans have the biggest hearts out there. So, when Dolly sweetly asked for help for her beloved Smoky Mountains, that's exactly what they did — to the tune of $9 million!

See photos of Dolly Parton through the years:

In a press release, Dolly said, "I am overwhelmed by the generosity of the people who have donated from all over the country and to my friends who donated their time, talent and money for My People. The response has been so overwhelming that we haven't been able to count all of the donations yet; right now, in total, we have raised about $9 million for the folks who lost everything in Sevier County."

While the telethon phone lines have been shut down, giving hearts are still welcome to contribute to this worthwhile cause. Tax deductible contributions can be made through DollywoodFoundation.org or by mail at: My People Fund, c/o Dollywood Foundation, 111 Dollywood Lane, Pigeon Forge, TN 37863. Donations can also be made by texting DOLLY to 501501 for a one-time $10 donation or DOLLY25 to 501501 for a onetime $25 donation. Messaging and data rates will apply.