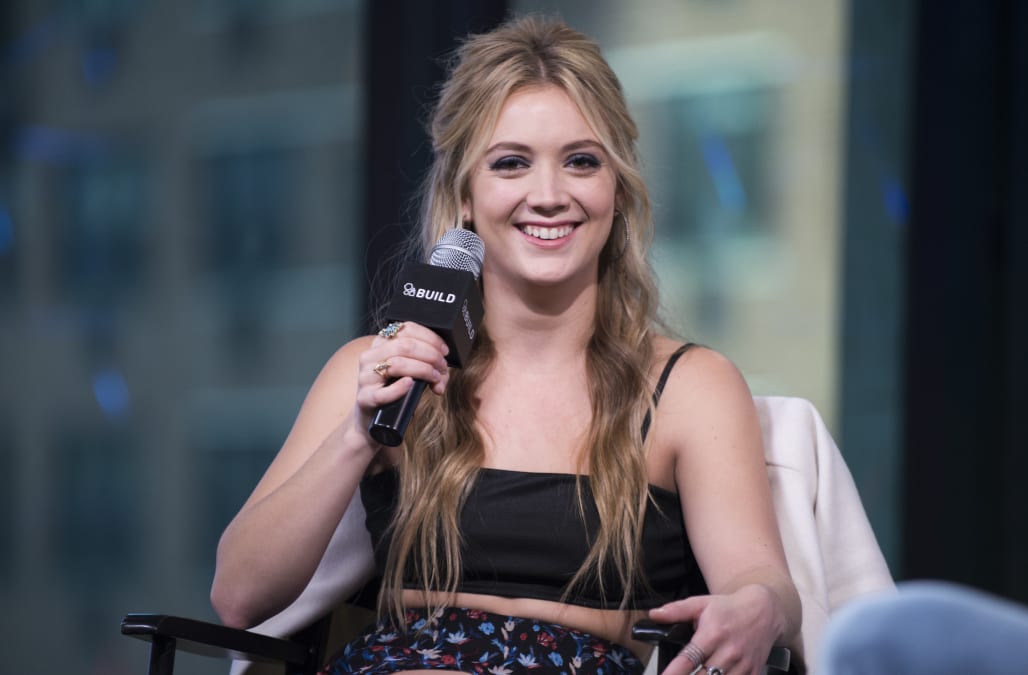 Billie Lourd plays the sassy, earmuff-wearing Chanel No. 3 on "Scream Queens," and she just dropped some big news about where she got the inspiration for her character's voice.

Lourd told BUILD Series in a brand new interview that she actually was inspired by her grandmother, award-winning actress, Debbie Reynolds.

"I was kind of inspired by my grandma (Debbie Reynolds) because she talks in this great 1950s voice, and the director, Brad Falchuk, came up to me right after I started doing it and expressed his love for the voice because it adds to Chanel #3's humor," Lourd dished. "Now I can't escape it and end up doing normal things in my character's voice. Sometimes my friends get mad at me and say "You're treating me like #3," and I just answer back in the voice, it's amazing."

Even though Lourd's character is a pretty sassy lady, she says when it comes to off-camera dialogue, there's a few things she refuses to do. When she was working with actress, Kirstie Alley, she was asked to poke fun at Alley's weight in the script.

Naturally, she wasn't down with such a harsh comment even if it was for the role.

""Sometimes the dialogue can be a little bitchy. We were filming recently and in the episode I was supposed to call Kirstie Alley fat, and I refused to do it. Even though we are acting, these people are still human and I consider them family. Kirstie did say, "Just call me a fat bitch!"

For more on Lourd's interview with AOL BUILD -- check out the video above!