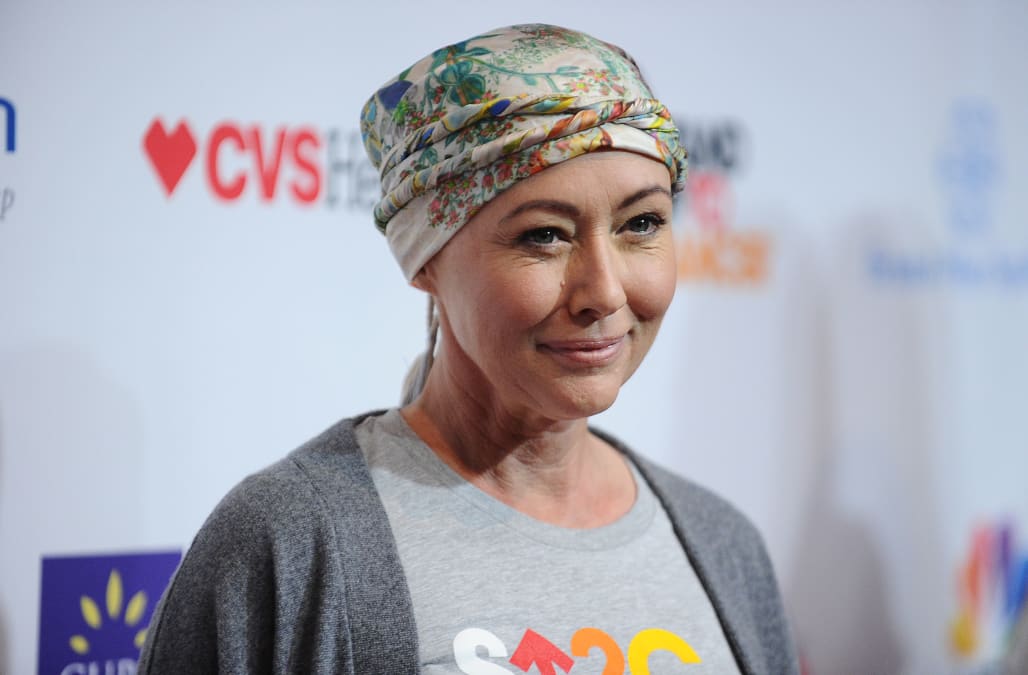 Shannen Doherty is exposing an apparent misconception about cancer: It's not contagious.

The 45-year-old actress made the point while detailing a stranger's "horrified" reaction to hearing that she had just finished radiation treatment during an elevator ride on Thursday.

"Today, we were in an elevator and I was asked how I was feeling. I responded by saying that I had just gotten a radiation treatment so therefore very tired," Doherty wrote next to a car selfie with her husband, Kurtis Warienko. "The random girl on the elevator with us physically lunged away as far as she could. She then proceeded to look horrified for the next [three] floors."

For anyone needing clarification, Doherty made it clear that cancer has never been an airborne disease.

Doherty has been in the fight of her life since being diagnosed with breast cancer in March 2015. The Beverly Hills 90210 alum recently opened up to ET about the scary health battle while revealing that the cancer had spread to her lymph nodes.