All the 'Star Wars' movies, ranked from worst to best 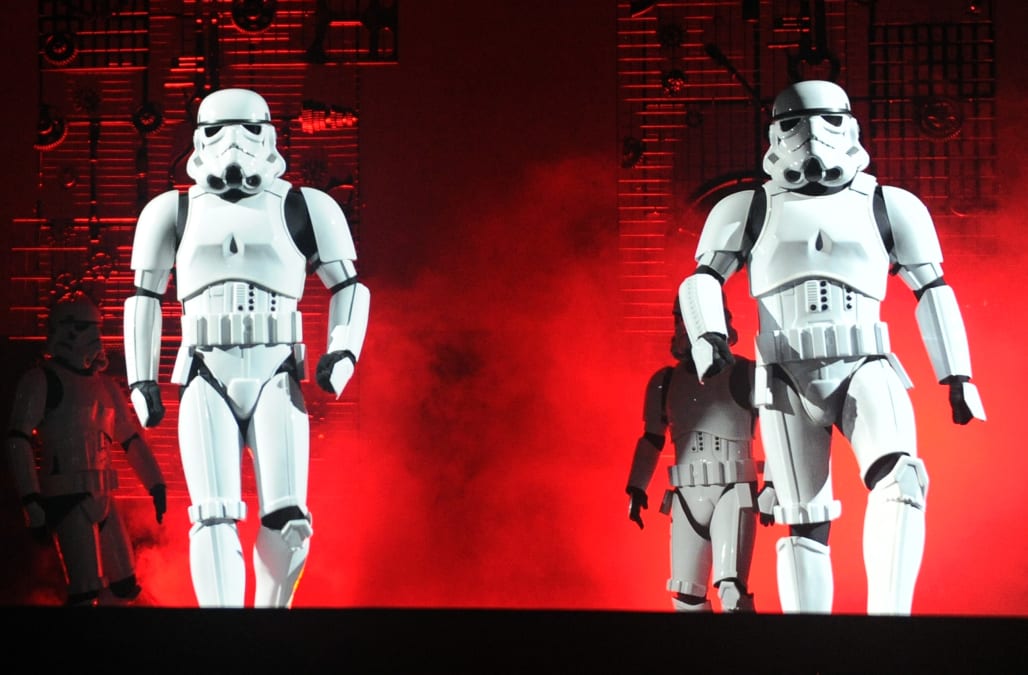 "Rogue One: A Star Wars Story" may be the first standalone movie from the franchise, but it's steeped in the mythology that the other seven movies revolve around.

Like all "Star Wars" movies after "Force Awakens," "Rogue One" has tremendous pressure not just to make a killing at the box office, but to leave a lasting impression on the saga's huge fan base.

So how does "Rogue One" compare to the previous seven "Star Wars" movies? Here's how I rank them.

George Lucas has said from the beginning that "Star Wars" was made for kids, and he really took that to heart when he unveiled "Episode I — The Phantom Menace," 16 years after finishing the groundbreaking original trilogy. Introducing us to Anakin Skywalker at the age of nine as he's plucked by Qui-Gon Jinn as the "chosen one" who will bring balance to the Force, the first prequel gives us a lot of tame action and unlikely scenarios for Anakin to be in, even in a galaxy far, far away.

Sadly, the best part of the movie is its villain, Darth Maul, who has an incredible duel with the Jedi at the end of the movie. It's one of the only goosebump moments in the whole movie — heightened by John Williams' score — and you have to wait over an hour to get to it. And at this point, the less said about Jar Jar Binks, the better.

The conclusion of the prequel trilogy is one of the saga's darkest. A grown Anakin is seduced by the dark side of the Force and wipes out the Jedi, including the younglings (!). Padmé Amidala dies, but not before giving birth to their twins, Luke and Leia.

But the most agonizing thing to sit through is Hayden Christensen's performance as Skywalker conflicted with the dark side — more a sniveling 20-something than a disillusioned "chosen one." We wouldn't get a good performance of that pull to the dark side until Adam Driver came along to play Kylo Ren in "The Force Awakens." Though we can only partly blame Christensen: Lucas was never big on giving actors instructions, which proved here to be costly. The final film in the original trilogy accomplishes what we needed it to. It closes that chapter of the saga by answering many of the questions that were floating around for years. But as a standalone, years later, it doesn't have the same impact "Episode IV" and "V" have. That mostly has to do with the introduction of the Ewoks, which makes for deflating sequences in the movie. And it's still a bummer to see Boba Fett die in the first 20 minutes.

It may not have gotten great reviews, but there's a lot to enjoy about the second episode in the prequels — mainly, how Ewan McGregor has fit into the Obi-Wan Kenobi role nicely. The movie, actually, focuses heavily on his storyline as he encounters Jango and Boba Fett as well as Count Dooku, while Anakin puts the moves on Padmé. From a nostalgic standpoint, the last third of the movie brings to life dreams you've had for decades, as Lucas gives us the start of the Clone Wars as well as Yoda having a lightsaber battle. "Rogue One" introduces us to fascinating new characters and the story cleverly answers the question "What happened before Darth Vader boarded Princess Leia's ship in the beginning of 'A New Hope'?" but comparing it to all the "Star Wars" movies, this one is best placed in the middle of the pack. It scores major points for its originality within a franchise in which it's almost impossible to do that, but there are moments in the story that drag. Thankfully, the ending is very strong. "Episode VII" of the saga is a wonderful combination of old and new — celebrating the legacy of the franchise while laying the foundation of what we're in store for with the new cast. A lot of the excitement comes from our love of the older movies, and director J.J. Abrams cleverly capitalizes on that. All the more reason you must sympathize with Lucas, who had to come up with heavily original storylines for the prequels. The one that started it all. There's no denying the greatness of the original "Star Wars" movie. Lucas did things visually and with an original score that changed not only the sci-fi genre, but the idea of a blockbuster itself. We love and worship this franchise, however, because of its sequel. If that hadn't gone as well as "A New Hope," we would think much differently of the franchise today. Stepping aside and letting director Irvin Kershner and screenwriter Lawrence Kasdan take the reins of the sequel to "Star Wars" is the smartest decision Lucas ever made. With a fresh set of eyes, the story expanded beyond good vs. evil in the vein of the 1930s "Flash Gordon" serials Lucas grew up on, and into an action-packed story filled with drama and suspense. The franchise became multilayered.

Opening the movie with Luke being attacked by a wampa followed by the Rebels being smoked out of their secret base by the Empire showed that all bets were off. Anything can and does happen in this movie. The famous reveal of Darth Vader as Luke's father is still one of the greatest twists in movie history. But as the years go by, it's the shot of Han Solo frozen in carbonite that still gets me.

See photos of Harrison Ford and Carrie Fisher together:

SEE ALSO: 'Rogue One' is the most original modern 'Star Wars' movie — and one of the most thrilling