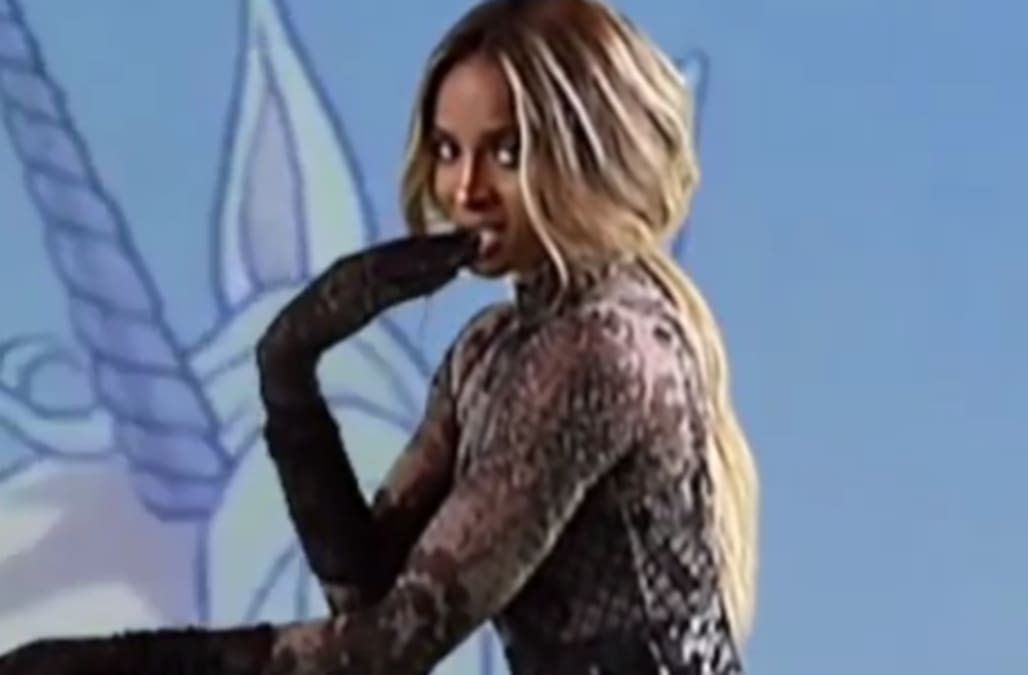 Leave it to Ciara to pull off a sheer bodysuit.

The 31-year-old singer -- who is expecting her first child with husband Russell Wilson -- is featured in day 15 ofLove magazine's video advent calendar, which was shot before her baby bump was showing.

WATCH: Kim Kardashian Returns to Spotlight, Prances Around in Lace-Up Bra for the Love Advent Calendar

Ciara is first seen wearing a long coat and hat before she throws it all off to reveal a super sexy Dsquared2 bodysuit that's paired with dangerously high platform boots. The video also showcases her impressive dance moves while images of unicorns are shown behind her.

Ciara isn't the only pregnant star to be featured in the advent calendar. Bradley Cooper's girlfriend, Irina Shayk, had her baby bump on display when she recreated Demi Moore and Patrick Swayze's iconic pottery scene from the 1990 film, Ghost, while wearing lingerie.

To the tune of The Righteous Brothers' song, "Unchained Melody," the 30-year-old model attempts to show off her pottery skills as clay gets all over her.

Check it out her bump: