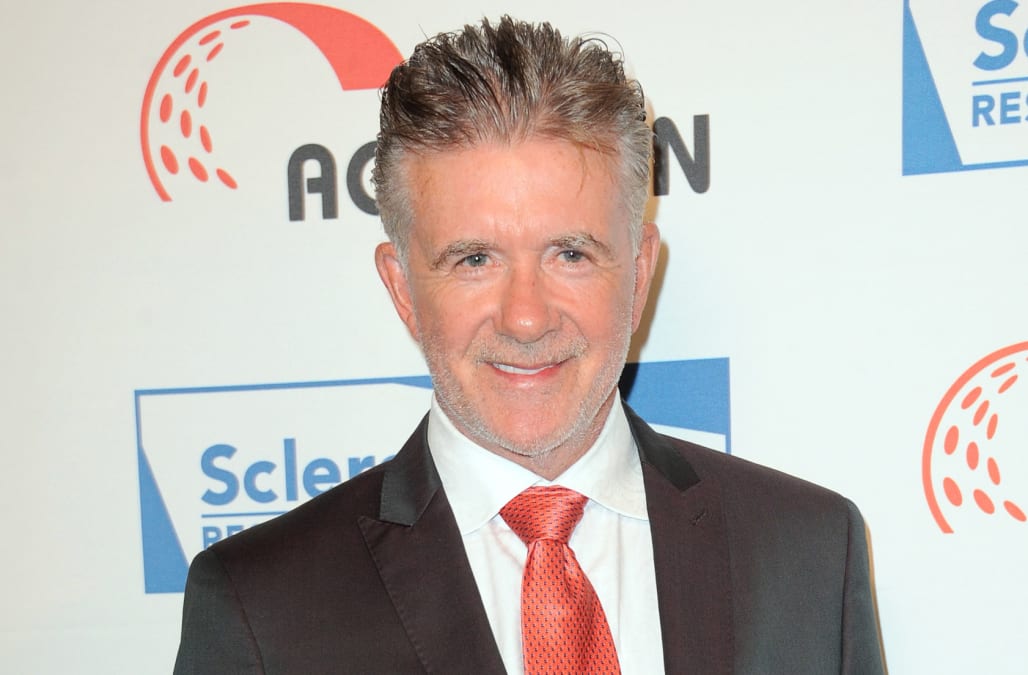 Thicke, who passed away from a heart attack on Tuesday, was a celebrated sitcom star, but the 69-year-old actor also made a living as a talented composer penning theme songs for The Facts of Life, Diff'rent Strokes, Wheel of Fortune, and more classic shows.

"I'll miss a lot about @Alan_Thicke, but his songwriting particularly defined my childhood," Miranda tweeted Tuesday, with a link to a fan-edited video featuring The Facts of Life theme song.

I'll miss a lot about @Alan_Thicke, but his songwriting particularly defined my childhood: https://t.co/QlwX7cD1Qfhttps://t.co/G463Xiz0Hh

"RIP to the man who wrote #thefactsoflife theme song, my co-host of the radio show TalkZone & a true gentleman of our business #AlanThicke," she wrote.

RIP to the man who wrote #thefactsoflife theme song, my co-host of the radio show TalkZone & a true gentleman of our business #AlanThicke

WATCH: Alan Thicke, King of the Cameo -- See His Most Memorable Guest Appearances

See photos of Alan Thicke through the years:

Alan Thicke through the years

Actress Valerie Harper and actor Alan Thicke attend the Kenny Rogers in Concert: 'The Gambler' Tour on September 14, 1979 at the Universal Amphitheatre in Universal City, California.

Actor Alan Thicke attending the premiere party for 'Out of Africa' on December 10, 1985 at the Plitt Theater in Century City, California.

Actor Alan Thicke and date Julie Tovilar attending the world premiere of 'The Bodyguard' on November 23, 1992 at Mann Chinese Theater in Hollywood, California.

Alan Thicke and Jason Alexander in dress rehearsal of 'Promises, Promises,' a musical at the Freud Playhouse at UCLA. Photo Iris Schneider.

Actor Alan Thicke and son Carter Thicke attending the premiere of 'Adventures of Rocky and Bullwinkle' on June 24, 2000 at Loew's Universal Cinema in Universal City, California.

Actor Alan Thicke skates at the opening of the Universal CityWalk Ice Rink on November 29, 2002 in Universal City , California. The rink will be open to the public through January 5, 2003.

Actor/producer Alan Thicke and model Tanya Callau pose after being married on May 7, 2005 at The One&Only Pamilla Resort in Cabo San Lucas, Mexico.

Actor Alan Thicke poses for photographs with his 2008 Jaguar XJ outside his home in Carpinteria, December 1, 2011.

"He loved his family so much," Gloria Loring, who co-wrote many of Thicke's most famous TV jingles, told ET on Wednesday. "He was the centerpiece to our family and I can't imagine going forward. We always had Thanksgiving and Christmas with the big, extended family, and I just can't imagine how it's going to be without him."

See more from Loring's ET interview in the video below.