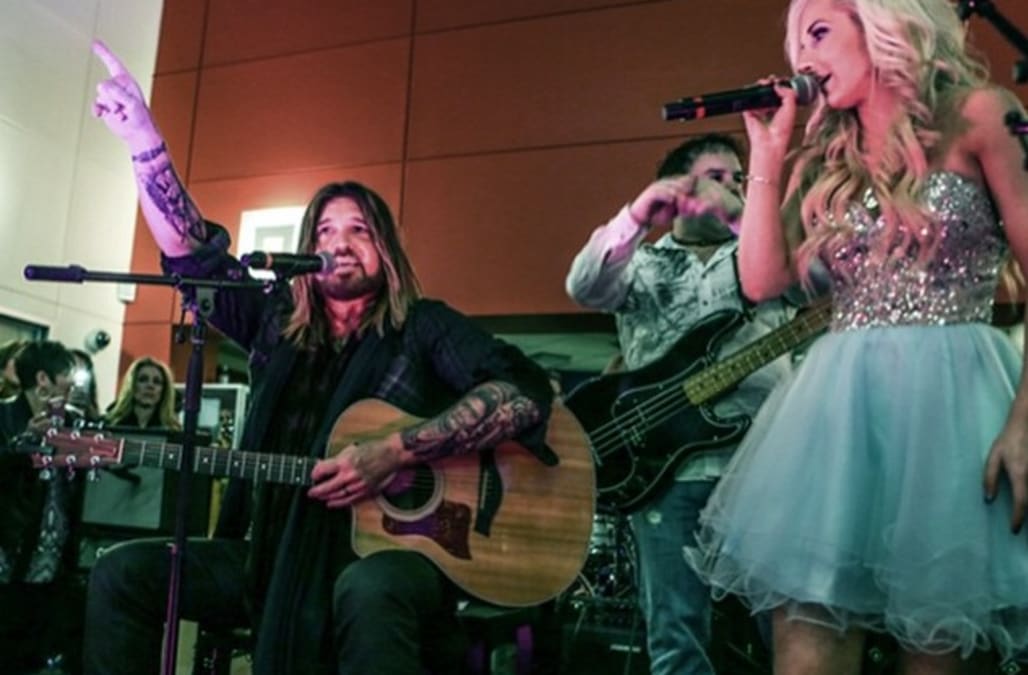 Being in the spotlight is not always easy, especially in the 21st century where anyone can say whatever they want online with sometimes little to no repercussions for their actions. Bullying has become so prevalent that celebrities like Kylie Jenner and more are getting involved to help to stop the hatred.

Country music artist Jessie Chris has also had to deal with bullying in her everyday life. In middle school she faced ridicule from her peers for wanting to be involved with music, but continued towards her dream despite that.

Now, she's launched a major album, performed at the CMA Fest, done radio tours, and much more. Not only has she overcome the negativity and pursued her dreams, but she's also joined in the fight against bullying by helping with the anti-bullying tour.

We had the chance to sit down and chat with Chris about her involvement with the anti-bullying campaign, her take on social media, and more. Read the interview below.

#YouShouldKnow is a feature that showcases rising talents. To see more past interviews, including more features on Jessie Chris, click here.

You've done some work with the anti-bullying tour, can you speak to what that's been like and how you originally got involved?

I had a really tough time with girls at school, I think because I always knew I wanted to do music, and it made me an easy target for people to make fun of me and judge me. I grew up with negative energy coming from my peers towards what I was so passionate about. It was hard, so for the longest time I tried to keep it a secret that I was taking guitar lessons and all of this stuff. I was scared to sing for anyone, in front of any of my peers, so being a part of the anti-bullying tour meant so much to me because I wanted to be able to let these other kids know that they're not alone and it happens. You don't need to change for anyone. There's more to life than just school, once you're out of it's easier to be comfortable with who you are when you're not around such negative energy all the time. Because a lot of bullying can lead to suicide, our goal was if we can talk to these kids and save one life, then that was worth it.

You've also been involved with some other philanthropy -- what's that been like?

I do a lot with children's hospitals, and that means a lot to me because my first job was a babysitter. I love kids, and I'm also a big sister, so getting to go to a children's hospital and make new friends and take their mind off what they're going through for five minutes -- it meant a lot. I've kept in touch with the families I've meant and a couple of times I promised the kids that when they get better they can come to my show and introduce me on stage. Twice it's happened, where two little girls that I was close with made it out of the hospital and got to come to my show, and it was really special.

How would you say social media has contributed to your career as a music artist?

Social media is a really cool factor nowadays that artists didn't have years ago. I can connect with my fans on a whole new level that people weren't able to do years ago, my fans can comment on my stuff, and message me. I love interacting with them and being able to share with them what's going on on a daily basis, so that they can feel that they're a part of the journey as well. The goal is to be a good role model, I kind of want to be a big sister to a lot of people.

What's been the most surreal moment for you in your career so far?

There's been a lot! I never imagined it would get to where it is now -- I mean I dreamed of it -- but, I told my manager the other day when we were walking into a big meeting that I remembered back when this was all just an unattainable idea in my head. One big one was getting to play at my first CMA Fest, that was my first gig in Nashville ever, which is totally not normal. It was four days after I graduated from high school, so that was pretty surreal. I think another surreal moment was when I got to sign with Billy Ray Cyrus. I grew up watching him on Hannah Montana -- I was at that perfect age when it was a huge hit. So, when I met him I felt like I knew him, but I didn't. He was so nice! Those two moments stand out.

What are you most excited about for your career? What's next?