How Jessie Chris first fell in love with country music 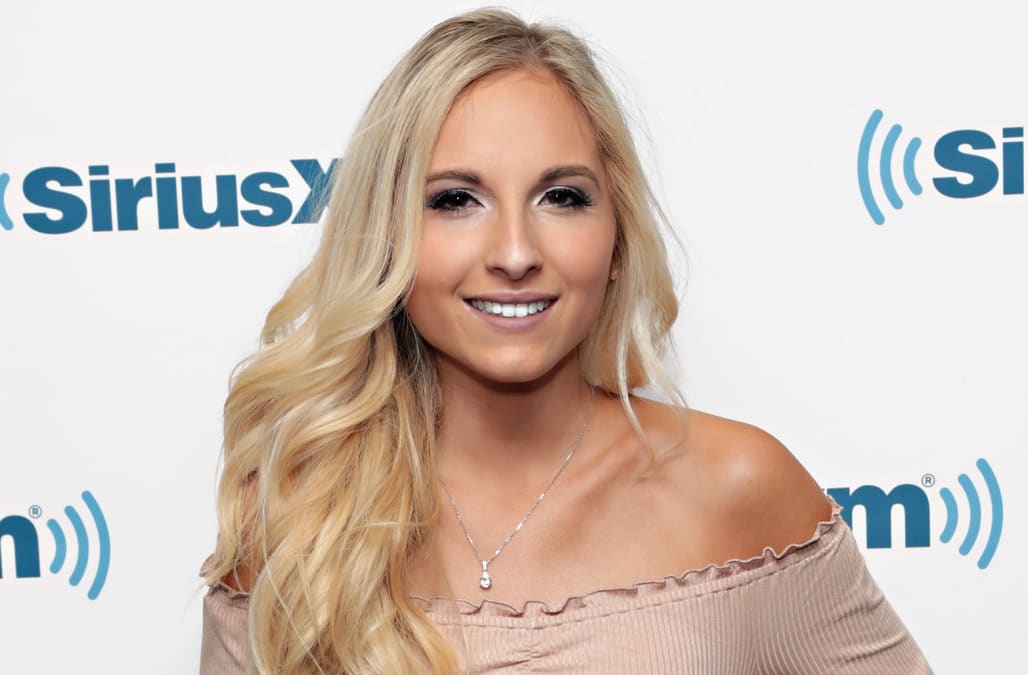 When you think of country music you may first think of Johnny Cash and Hank Williams, Blake Shelton and Carrie Underwood, but there's a new voice to watch out for: Jessie Chris.

At just 18 years old, Chris was the youngest performer of all time when she sang live at the 2015 CMA Festival, and has opened for artists like Luke Bryan and more. Her first album, "Wildfire" launched earlier this year along with her hit single "In The Meantime."

READ MORE: How music superstar Sophia Grace keeps up with her fans

Chris first fell in love with country music at a young age and has pursued her dream ever since, despite dealing with bullying and negativity from her peers growing up. Now, Chris is diving full-speed ahead into her career with her latest music video for her song "1968" (see below for behind the scenes video).

We had the chance to sit down with Chris and chat about her music beginnings, her inspiration, and more. Check out part one of the interview below!

#YouShouldKnow is a feature that showcases rising talents. To see more past interviews, including more features on Jessie Chris, click here.

How did you first fall in love with music?

When I was 5 years old, my mom forced me to audition for a community musical for the Wizard of Oz, and the adults had the lead roles but they were looking for little kids to be the munchkins. I had no interest, and my mom dragged me to it, and I got the part as a munchkin. I had a solid two minutes on stage and I was obsessed. That's when it snowballed from there. I knew I had to be on stage and singing songs.

What made you choose country music specifically?

When I was ten, I got my first guitar, and I started taking lessons and my teacher was a huge country music fan. He would give me homework, like listening to Tim McGraw and Keith Urban and learning their songs. It was really the first genre I learned how to play and sing and it stuck with me.

What was it like working on your album Wildfire?

That was a really cool experience because that was the first time I got to go to Nashville. I had been begging my parents for years to take me. It was an amazing time to see the city for the first time, there was so much excitement and I loved getting the experience of being in the studio I didn't have before I'm so grateful for it.

Can you talk a bit about what it was like to work in the studio and making the album come to life?

We spent 3 or 4 days all day long working in the studio, from when you wake up until dinner time. They were long days, but so much fun. Everyone I got to work with was great to be around and they made the experience really enjoyable. The album, which is an eleven song album, was originally supposed to be a 5 song EP. Then we went home, and I told my parents that I felt like the story wasn't over. They said if I wrote more songs they would take me back and let me record more. One week later I had 6 more songs ready and I was booking my flight back to Nashville.

How do you get inspiration for your songwriting?

A lot of it comes from my personal experiences. The first time I ever wrote a song was because I was having a lot of trouble with girls in school. Because girls can be really mean in middle school -- that's a tough age. My parents noticed that I was going through a lot and turning to music, but I had never written a song before, so they recommended that I write about my experience and what I was going through. I wrote my first song about that, and it became my way of coping with all of life's experiences, whether I'm super excited or happy, or if I have a big crush on someone, or I'm really mad. Anything that's overcoming my thoughts, I need to sit down and write a song about it.

What was it like working on your latest single, In the meantime, and what was the inspiration behind it?

In The Meantime was a song I never thought would see the light of day. It was just an honest song about how I feel a lot of the time. It's really hard not to get caught up in where I'm going to be in six months from now, or why I haven't done certain things yet. It can be overwhelming and stressful, but in the meantime is about being okay with where you are right now and being confident in the future. I really believe that everyone can relate to being in that transition phase where you have big dreams, but you're not there yet, and that's why this song is so special to me.

You've done some really cool live performances, can you talk about what you enjoy most about that experience?

I have two favorite things about performing live, one is getting to play with the band. That's so much fun. A lot of times when I'm singing it's just me and my guitar so it's really fun to watch the music come to life with a full band. My second favorite thing is being able to watch and see the reactions of people in the audience, and see if I'm touching them in some way, and see if it's really relating with them. That's the most rewarding feeling for me as a songwriter because I write these songs about how I'm feeling, but it's nice to know that people can relate in their own way.

What advice would you give to aspiring musicians?

If you're serious about this path and you really want to stick with it, you should know that you're putting yourself out there for people to judge you essentially, and people will try to tear you apart, but it's really important to stay true to who you are as an artist and a person. Don't let those words get to you. For every compliment I get about my music, I get an insult. You just have to focus on what matters. Everyone starts somewhere, so it's okay to get frustrated with where you are because it's normal. When my first album came out, the first review I got on it was this paragraph about why this person hated my album. Then, I got a second review that said it was the future of country music. I took a screenshot and sent it in a group text to my parents, my manager and my producer, and they said it was a bummer that the person didn't like it, but then I said 'No! We need to pay attention to the second comment because that's the one that matters!' My manager then says, no, that was me. Hahah, it just goes to show that everyone starts from somewhere. You can't please everyone. You just have to be who you are and be okay with that.

You have another single that just came out, 1963, can you talk about how that's a bit different from what you've done in the past?

Yes, so my new single is 1963 and my dad is going to kill me, but that's the year he was born. The song is about how dating back then was a lot cuter than it is now. I was inspired after talking to my grandma and hearing her tell stories about when she was dating my grandfather, and it just sounds like a movie. The song is super cute and upbeat, I'm really excited about it. I went all out in the music video with the props and the outfits and the shoes, and it's just so fun.