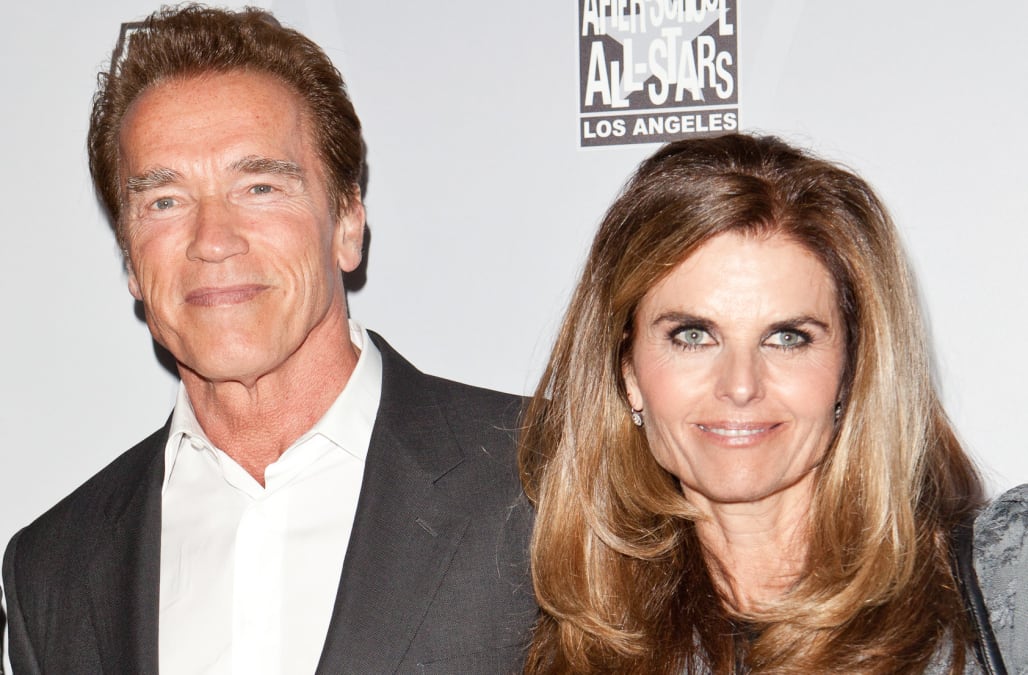 Schwarzenegger and Shriver celebrated their eldest child Katherine's 27th birthday together on Tuesday, posing for an adorable pic with Katherine as well as two of their younger children, 25-year-old Christina and 23-year-old Patrick. Katherine Instagrammed the sweet family pic and gave a shout-out to their younger brother, 19-year-old Christopher, who missed out on the festivities.

"This is 27!" Katherine wrote. "Thank you to my amazing family and my fabulous friends for making this birthday one for the books! Christopher you were missed. 27 is going to be my best year yet!"

This is 27! Thank you to my amazing family and my fabulous friends for making this birthday one for the books! Christopher you were missed 😰 27 is going to be my best year yet! 💗💗💗💗

A post shared by Katherine Schwarzenegger (@katherineschwarzenegger) on Dec 13, 2016 at 10:31pm PST

Schwarzenegger and Shriver split in 2011 after 25 years of marriage. The split came in the wake of revelations about the former Governor of California's affair with the couple's long-time housekeeper, Mildred Baena, that resulted in the birth of a son, Joseph, 14 years prior. "This was without a doubt the biggest setback and the biggest failure [in my life]," Schwarzenegger told Howard Stern last July on Stern's Sirius XM show about the demise of their marriage. "Not only failure, but you really feel like, 'I'm to blame for it. It was me that screwed up,' and you can't point the finger at anyone else."

See photos of Arnold Schwarzenegger through the years:

Still, it appears the two have had no issue coming together to support their children. In May, they posed for a pic together at Patrick's college graduation from USC.

And last July, Schwarzenegger even spent his birthday with his ex.

WATCH: Arnold Schwarzenegger Says He Definitely Would Have Run for President This Year If He Was Allowed

ET spoke to Schwarzenegger last month, when he talked about replacing president-elect Donald Trump on the new Celebrity Apprentice.

"I've been governor twice in California, and now to go, and go to this is terrific for me," Schwarzenegger said. "And for [Trump], it's great to go from this to politics. The bottom line is, the country, America, where do you have the possibilities to do that many things? Only in America."