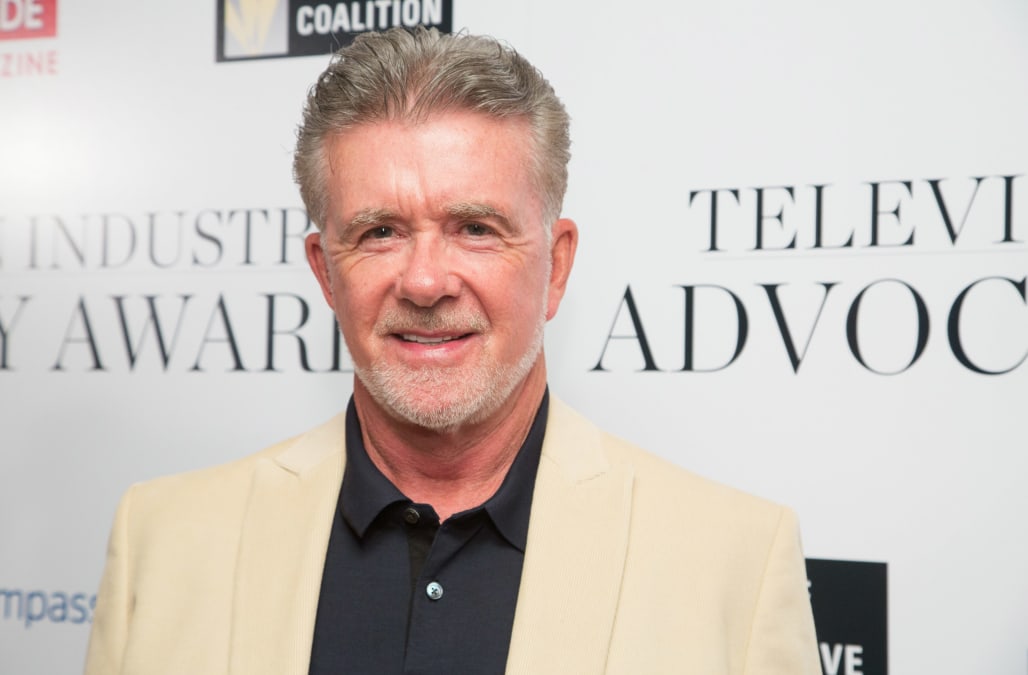 Actor Alan Thicke died suddenly on Tuesday at the age of 69.

Thicke is father to singer, Robin Thicke, Brennan and Carter. He has been married to his third wife, Tanya, since 2005.

PHOTOS: Alan Thicke through the years

Alan Thicke through the years

Actress Valerie Harper and actor Alan Thicke attend the Kenny Rogers in Concert: 'The Gambler' Tour on September 14, 1979 at the Universal Amphitheatre in Universal City, California.

Actor Alan Thicke attending the premiere party for 'Out of Africa' on December 10, 1985 at the Plitt Theater in Century City, California.

Actor Alan Thicke and date Julie Tovilar attending the world premiere of 'The Bodyguard' on November 23, 1992 at Mann Chinese Theater in Hollywood, California.

Alan Thicke and Jason Alexander in dress rehearsal of 'Promises, Promises,' a musical at the Freud Playhouse at UCLA. Photo Iris Schneider.

Actor Alan Thicke and son Carter Thicke attending the premiere of 'Adventures of Rocky and Bullwinkle' on June 24, 2000 at Loew's Universal Cinema in Universal City, California.

Actor Alan Thicke skates at the opening of the Universal CityWalk Ice Rink on November 29, 2002 in Universal City , California. The rink will be open to the public through January 5, 2003.

Actor/producer Alan Thicke and model Tanya Callau pose after being married on May 7, 2005 at The One&Only Pamilla Resort in Cabo San Lucas, Mexico.

Actor Alan Thicke poses for photographs with his 2008 Jaguar XJ outside his home in Carpinteria, December 1, 2011.

The Canadian actor was most famous for his role as Jason Seaver, the dad on the '80s sitcom "Growing Pains." He was most recently in the Netflix reboot of "Fuller House. Thicke was tweeting about his time on the Netflix show hours before his death.

Season 2 Fuller House looking good. I even like the ones I’m not in! #fullerhouse@fullhouseguy@bobsaget@candacecbure#netflix

In his early career, Thicke made a name for himself as a composer and a producer. He eventually got his own talk show "The Alan Thicke Show" from 1980 to 1983 before going on to star in many television series.

Thicke received his first Emmy nomination for "The Barry Manilow Special" in 1977, went on to host popular shows in the 90s such as "Pictionary" and "Three's a Crowd."

Thicke was also well known for his musical contributions and recorded TV theme songs for" Diff'rent Strokes," "The Facts of Life," "Wheel of Fortune" and "Growing Pains."

At this time, his family has yet to make a public statement about his passing.

PHOTOS: Celebs react to the death of Alan Thicke