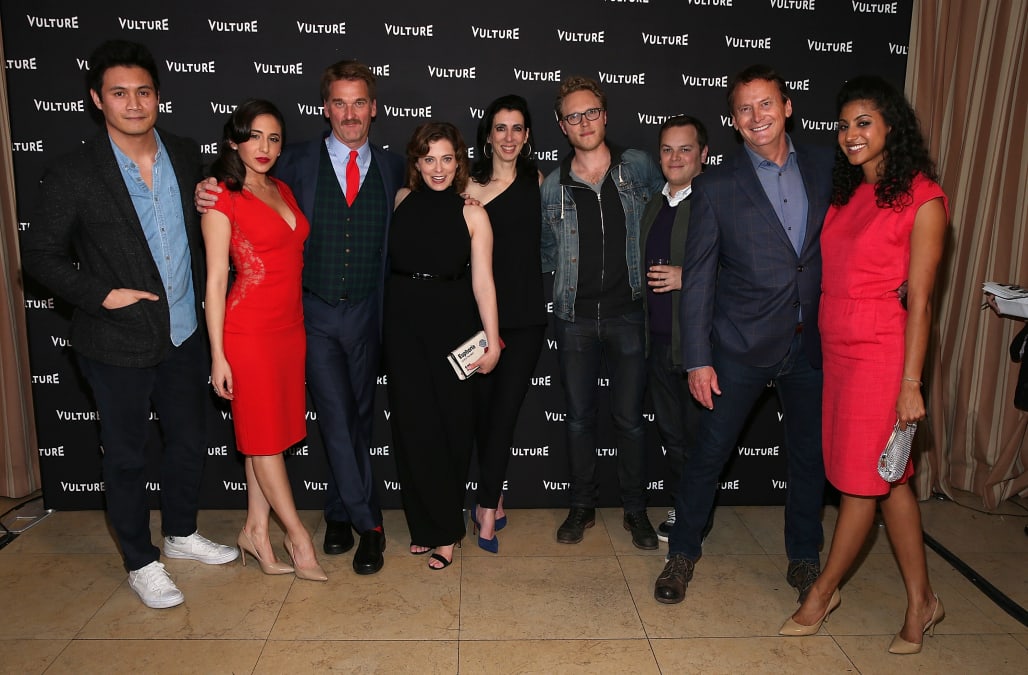 We don't have to tell you that the television world is cutthroat. And with as many as 450 scripted shows projected to air this year, that's truer than ever before. After all, they can't all be winners.

It's about that time in the season that TV networks are deciding which shows have to go and which shows get another round.

The decisions aren't always simple. With today's shrinking live viewership, it takes more than just ratings for a TV show to survive to see another season.

Networks are now looking at online, on-demand, and streaming viewership; awards appeal; social-media audiences; and international sales, among many other factors.

Among the shows that are in danger of being canceled are last year's hits "Quantico" and "Blindspot," the Golden Globe-winning "Crazy Ex-Girlfriend," and even the Ryan Murphy-produced show "Scream Queens."

Here are Business Insider's predictions for the shows that will probably get the ax: CBS just decided not to order more than 13 episodes of the comedy starring Matthew Perry for the third season in a row. This time around, though, the show is CBS's lowest-rated comedy. It's not looking good for "The Odd Couple." Hayley Atwell can't catch a break. Last season, "Agent Carter" was canceled, and now ABC has said it won't order additional episodes of her new show, "Conviction." No network says "canceled" anymore, and that's the case here, but any jury would put this show away for life for its low ratings and throw away the key. Sorry to break it to you, but this show is already on the outs at ABC. The network cut its episode order from 13 to 10 episodes. The network insisted that the show hasn't been canceled, but getting episodes cut is never a good sign. The clues for the cancellation of "Elementary" are all there. While CBS has been the most-watched broadcast network for years, its audience traditionally steers older than the under-50 crowd advertisers are aiming for. So it doesn't have much patience for low-rated shows, and "Elementary" is CBS's lowest-rated show.

The network may let it finish its current fifth season because that makes it ripe for syndication sales. But it may not be worth holding onto for a sixth. "The Blacklist" may finally get the boot from NBC. For years, it was highly acclaimed by critics and creatives in Hollywood. James Spader was a real awards draw, as well. But NBC is back on top of the all-important ratings, and "The Blacklist" is its lowest-rated show.

NBC's planned spin-off, "The Blacklist: Redemption," could give the show a new life with possibilities of crossovers, or it could be its replacement. With the success of "Mr. Robot," USA Network went further into the world of trippy dramas with "Walking Dead" producer Gale Anne Hurd's "Falling Water." But it may have used up all its viewer patience with "Mr. Robot," because few people are sticking around for the complicated dream world of "Falling Water." It's a shame that ratings for "Eyewitness" aren't working out for USA Network. The crime anthology stars "Law & Order" alum Julianne Nicholson as a cop and new mom assigned to a grisly murder case. What's especially brave about this show is that the only eyewitnesses to the murder are two secretly gay teens who were making out when it happened. We had really high hopes for Nicole Byer's hilarious and unique new comedy, "Loosely Exactly Nicole," on MTV. The problem is that no one's watching. It's the lowest-rated show on MTV with an average of just under 200,000 viewers watching.

Probably the biggest sign of its impending demise was its move from weekly episodes on Mondays at 10:30 p.m. to the TV graveyard of Fridays at 10 p.m. with double episodes. Clearly, MTV is trying to break it off with "Loosely Exactly Nicole." Once upon a time, some protection was provided from cancellation at ABC if the show came from another part of the Disney family. But that all went away last year when ABC canceled "The Muppets" and "Marvel's Agent Carter."

That means "Marvel's Agents of S.H.I.E.L.D." is a sitting duck. To date, it has lost about 30% of last year's audience, and it's one of the lowest-rated shows on ABC.

It does have one thing going for it. ABC is trying to woo sister company Lucasfilm into doing a "Star Wars" TV series. But the fact that Marvel's shows are failing on ABC and thriving at Netflix could keep Lucasfilm from partnering up with ABC. TV viewers can be so finicky. Last season, "Quantico" and its star Priyanka Chopra, the first Indian lead on American broadcast TV, were the toast of the town and a ratings winner. Now in its second season, the show has seen its audience fall by about 40%, and it's the lowest-rated show on ABC. "Pure Genius" is pure ratings bottom-feeder as far as CBS is concerned. It's the network's lowest-rated new show of the season. That's enough reason to pull the medical drama's life support. CBS has decided not to order more than its current 13 episodes, which will air through January 26. "Code Black" is in triage mode at CBS. It wasn't the highest-rated show in its first season last year, so it's especially troubling that it has lost about 22% of last year's audience. Even the stunt casting of Rob Lowe this season couldn't stop the bleeding. It's sad that this show isn't finding an audience. The "Exorcist" continuation is well-written, beautifully shot, and the cast — including Geena Davis — is really talented. But alas, it's Fox's lowest-rated new show. Keeping Davis at Fox could be the show's strongest argument for sticking around, but she's probably not enough to keep the show alive. While last season was campy and fun, this season of "Scream Queens" feels like a big disaster. Taking the characters from a college setting to a hospital didn't feel very natural. Even bringing on heartthrobs John Stamos and Taylor Lautner hasn't kept this show from bleeding out. Its ratings have fallen nearly 43% over last year's numbers. With its star-studded cast and elaborate sets, the cost of the show at these ratings appears unjustifiable.

But the fact that Ryan Murphy ("Glee," "American Horror Story") is an executive producer could keep it from cancellation, as Fox may want to preserve that relationship. A pretty successful first season won this medical/cop show a second year. We hear "Rosewood" got a lot better after its terrible pilot episode last season. But this season, its ratings are down 43%, and it has lost almost 30% of season one's audience. Ouch. "Secret and Lies," which stars a stone-faced Juliette Lewis as a dogged police investigator, returned this season with a new star in the role of the accused, Michael Ealy. Ealy wasn't as much of a draw as first-season star Ryan Phillippe, apparently. The second season lost half of last year's audience.

What does ABC have to gain by renewing a failing show? Well, there's star power in Lewis and potentially whomever they bring on for season three. It's also just a 10-episode series that the network can plug in when it doesn't have other programming or another show gets canceled. If you've been bingeing Amazon's "Good Girls Revolt," then you may not want to to get too attached. The '60s-set feminist drama about a group of female news researchers who fight for equal opportunities has already been canceled. There is a chance it will find a new home, but time is running out. The cast contracts end on December 31. "No Tomorrow," which stars Tori Anderson as a woman who rediscovers life with a strange man who believes the world is ending, is very appropriately titled. The CW decided not to order additional episodes of the comedy. As it is the network's lowest-rated new series, the cancellation was in the cards. Its last episode should air on January 17. CW's "Frequency," a remake of the 2000 sci-fi movie starring Dennis Quaid, just got a clear signal from the CW. The youth-skewing network decided not to extend the show's episode order. Its last episode will air on January 25. Critical acclaim and awards recognition can only get a show so far. "Crazy Ex-Girlfriend" was never a huge ratings-grabber, but now it's CW's lowest-rated show.

A move to the TV graveyard called Fridays probably has a role to play in the ratings low and CW might give it some credit for that. But any TV real estate is valuable and the CW may soon need to evict "Crazy Ex-Girlfriend" to move in a new show.

SEE ALSO: The 11 most successful new shows on TV, ranked