Kim Kardashian returns to spotlight, prances around in lace-up bra for day 12 of the 'Love' advent calendar 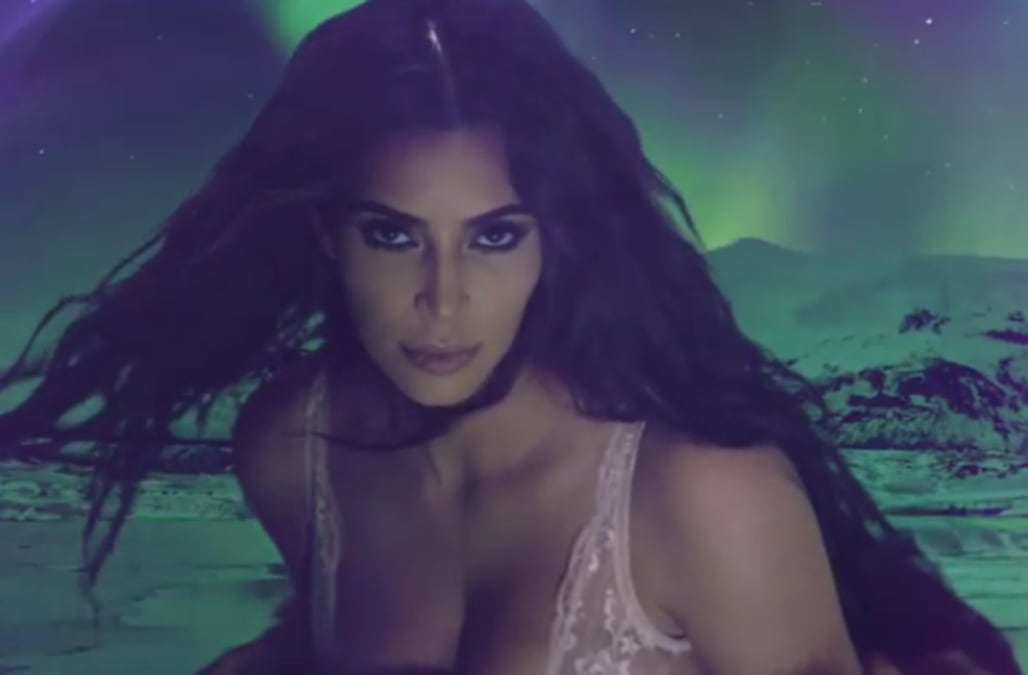 'Tis the season to dance around in your lingerie! In Love magazine's online advent calendar, Kim Kardashian did just that.

WATCH: EXCLUSIVE: Kim Kardashian and Kanye West Are '100% Together,' Split Rumors Not True

The mother of two strutted her stuff in a blush-colored lace-up bra top and matching underwear. She teased viewers by partially covering up with a brown fur coat.

See the sexy new video, and her other raciest Instagrams of 2016, below:

It appears that the video was filmed prior to Kim's traumatic Paris robbery in October. In August, the reality star shared a set photo via Instagram, wearing what looks to be the same bra top seen in the video released Monday

Apart from a few small outings and another sexy fashion release for the winter issue of 032c magazine, which features a NSFW shoot modeling the Yeezy Season 3 collection alongside sister Khloe Kardashian, it's been months out of the spotlight for Kim.

After she was robbed at gunpoint in Paris, she has mostly been spending time at home with her kids, North and Saint. Kim was reportedly set to make her first public appearance at the Angel Ball in late November to honor her late father, Robert Kardashian, but she cancelled after her husband, Kanye West, was hospitalized.

West spent several days at the UCLA Medical Center with Kim by his side before returning home.

Despite rumors to the contrary, the couple is still going strong.

"Kim and Kanye are 100% together," a source previously told ET. "Not only is the rumor that they are splitting not true, but so is the report of them living apart."

For more on the couple's relationship, watch the clip below!