The 17 most original, wild and creative celebrity baby names of 2016 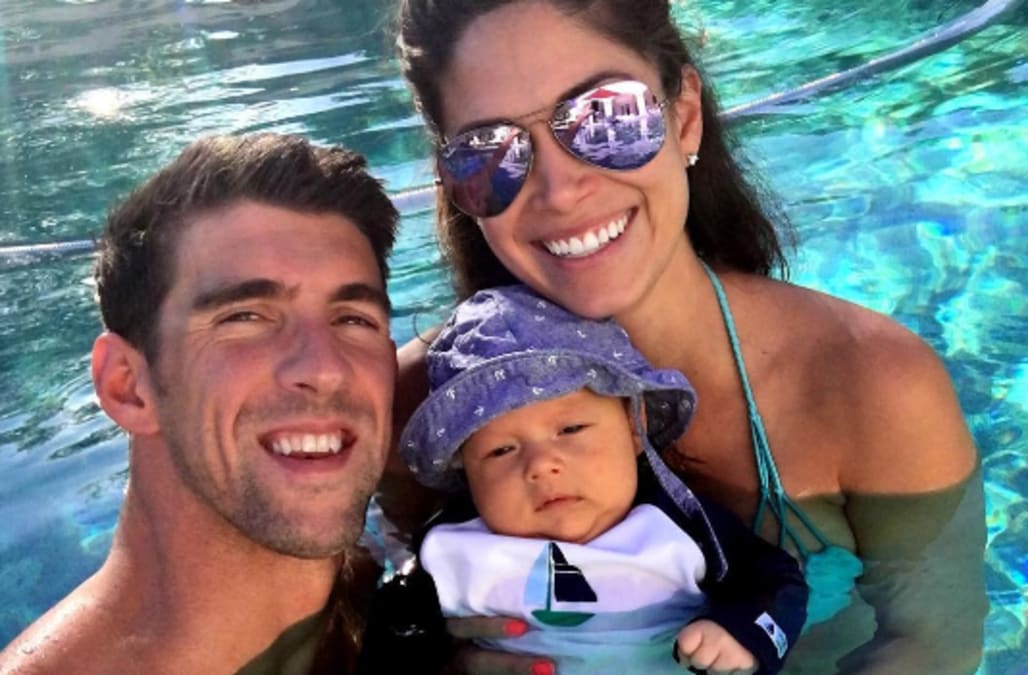 2016 was anything but normal, which actually makes the usual roundup of unique celebrity baby names somewhat comforting!

While Hollywood's affinity for "Reign" and "River" endured, there was no shortage of adorably unusual additions to the A-list baby name catalog.

So as we say goodbye to another year, let's "Journey" back to remember just 17 of the most unique names that celebrities gave to their newborns in '16.

See them all in the gallery below, or scroll down for more:

Most original celebrity baby names of 2016
Baby girl 😍😍😍
I'm hearing, "Happy Mother's Day" and I can't believe how lucky I am! Of all the fashionable hats I wear, I love being a #mother the most. #HappyMothersDay from me and my mama to all the wonderful women of the world!
All dressed & ready to see my favorite guy in the world for his birthday @troubleman31 see u soon & Happy happy birthday frm daddy's Babygirl HeiressDiana👑💜
I loved going in the pool today with @nicole.m.johnson (mommy) and @m_phelps00 (daddy) today! Can't wait til I get to learn to swim from daddy and @coach_bowman !
The Real.
Lu and big bro!
This little guy is magic 😊 #RemyB
Greyson's baptism 💙 meilani refused family photos lol too busy with her girlfriends 🙄🙄🙄 thank you so much @apinard for this picture 💜💜💜
Words can't describe 💗 Dusty Rose Levine 9/21/16
Me and my little buddy shopping for baby stuff at #buybuybaby #babies #family
⚽️
Happy birthday Mrs Oliver !! 👍 42 today girl !! Jeeze where did all that time go since we first met, Hope you had a great day babe, love you and of course the dude that is baby River 🚀Oliver. Xxx
Thank you #ellendegeneres for officially making JRS a part of the Beyhive!! And for your kindness to me, always xx @theellenshow
Saturday snuggles. Pjays and Michigan football required! #mygirl
Up Next

The Kardashian-Jenner family already has a formidable roster of interesting baby names, so it's a little surprising that Rob & Chyna were able to top them all, even after bucking the "K" name trend. Still, we love the name Dream Renée, a perfect mix of interesting and classic -- with a middle name she shares with her mama!

Simple and sophisticated, the supermodel's son has one of those interesting names that catches the eye without raising any eyebrows.

Heiress Harris. Heiress Harris. Whether or not you like the alliterative name the rapper and singer have picked out for their little one, you have to admit it's really fun to say.

The Olympic gold medal swimmer said during a Facebook Live chat that his son got his name because Phelps and his wife wanted something "different and cool." And Boomer certainly delivers on that idea -- when you hear that name, it's impossible to have #PhelpsFace!

The only thing cooler than the actors' 9-month old son's name is the little guy himself in Cannavale's amazing Instagram pics!

This adorable name is particularly fitting for the daughter of the soulful singer-songwriter, with the connections it draws to the beloved late singer, Nina Simone. Legend confirmed the inspiration himself on Twitter in November.

Given that Clarkson's oldest is named River Rose, you knew the "Breakaway" singer had to keep up the creativity for her little boy, and she did! Remington Alexander sounds so noble and yet, so adorable too!

PHOTOS: These Are the Most Popular Baby Names of Last Year (But Are They Weirder Than Celeb Baby Names?)

With a name like "JWoww," you really have to bring it with your kid's name, and with Greyson Valor, it's clear the Jersey Shore star has found her litte knight in shining armor!

Adam is a pretty typical name, whereas Behati is super interesting! The celebrity couple seems to have struck this balance of out there and traditional for their little one, Dusty Rose.

Alright, after this year, we really need to rein in celebs' use of the name "Reign," but it works for the Backstreet Boys' singer's only son, who has a powerful sounding name that sounds straight out of a Marvel movie.

Yes, there's that "Reign" again, but there's something friendly and disarming about "Freddie" that completely wins us over with this One Direction baby.

Like Reign, River seems to make it into an awful lot of names, but, as with his previous children, the celebrity chef went way outside the box with Rocket. C'mon, River Rocket? That's awesome!

She played a princess in The Princess Diaries, and with a name like Jonathan Rosebanks, Hathaway's son sounds ready to be a prince!

The country music singer hacked the name game with this one. You really can't share a name with Angelina Jolie and go wrong.

"Frankie" is such an adorable nickname the Gotham stars have given to their daughter, who already has a pretty and original name on top of it.

Izzy Oona! No real reason here, it's just so cute!

That does it for 2016! See you next year, so long as Hollywood keeps going for it with the baby names.