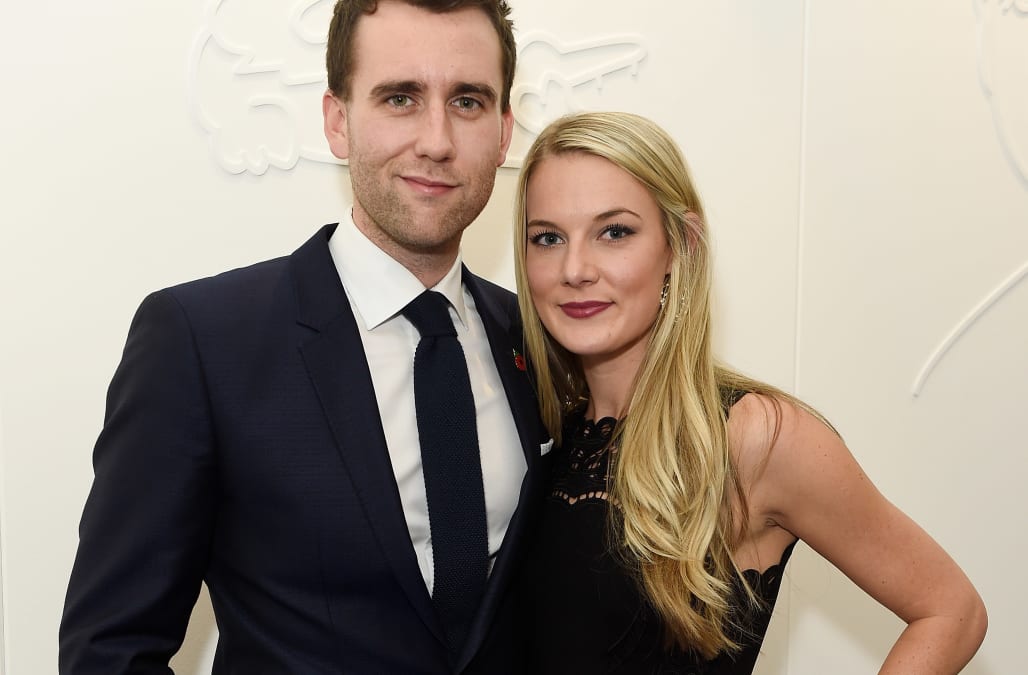 Neville Longbottom is engaged! Or the actor who played him, rather.

According to TMZ, the 27-year-old actor popped the question to Jones in November. The outlet also posted a photo of what appears to be an Instagram photo of the couple just after their engagement, in which the couple smiles -- and shows off Jones' new bling -- in front of the Eiffel Tower in Paris.

Jones also sported the ring while attending an event with Lewis on Nov. 13.

Lewis and Jones, an event planner at Universal Studios in Orlando, Florida, reportedly first met in January during an event at the Wizarding World of Harry Potter and began a whirlwind romance in July.

And while the two definitely have a love for Harry Potter in common, it seems they're also both fans of Netflix's Stranger Things -- they hung out with the show's star, Millie Bobby Brown, in October.

Packing my stuff up, found this from when we crashed @milliebbrown's photo sesh. Still thrilled with the timing. pic.twitter.com/3LNXv9Rqgl

RELATED: Matthew Lewis Posing With a Puppy Will Melt Your Heart

The stars of Harry Potter are growing up before our eyes, and Lewis isn't the only one getting ready to walk down the aisle.

In May, Freddie Stroma, who played Cormac McLaggen in the franchise, popped the question to his UnREAL co-star, Johanna Braddy. And last August, actress Scarlett Byrne, best known for playing Pansy Parkinson, got engaged to Hugh Hefner's son, Cooper.