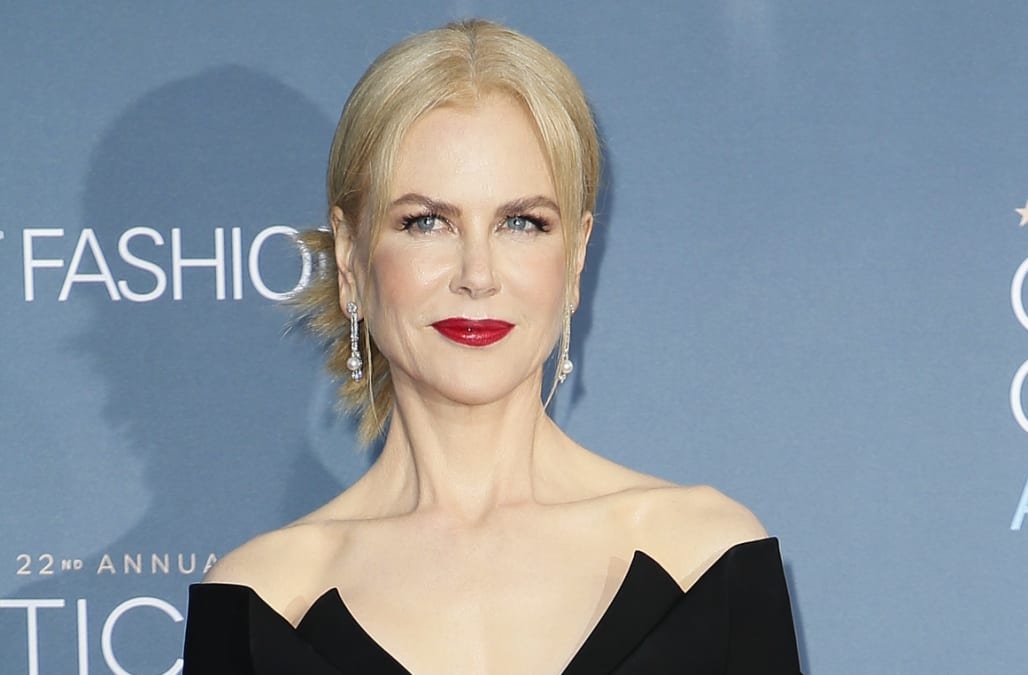 It was definitely a big night of fashion at the start of the 2017 award season at the Critics' Choice Awards, but unfortunately not every star came out of the gate on top.

The usual suspects put their best foot forward with Nicole Kidman leading the pack and showing off her incredible fashion sense in an edgy, black dress with a thigh-high center slit. The Aussie stunner showed off her super flat abs in the dress, which featured a sexy cutout in the center.

Also on the hottie list was Jessica Biel and Amy Adams!

As for the gals that fell flat, the "Modern Family" crew didn't exactly dress to impress this year and showed up to the show in some disappointing looks.

Check out the best and worst dressed at this year's Critics' Choice Awards.

Best and Worst Dressed from the Critics' Choice Awards

WORST: "Big Bang Theory" star Kaley Cuoco, who wore Randall Scott Fine Jewelry, has been having a lot of fashion misses lately, and this look is just another notch on the yikes list. Cuoco's pink lace top that with a train and a set of corresponding pants was a bit off. Don't you agree? (Photo by Michael Kovac/Getty Images for Moet & Chandon )

BEST: Hottie alert! Nicole Kidman turned heads in a skin-baring dress with a geometric top and dangerously high slit. She polished off the edgy and sexy look with a set of black heels and a fun updo. (Photo by Frazer Harrison/Getty Images)
WORST: We feel like Lily Collins was going back to her Snow White days -- but it wasn't a hit. Collins looked like a bit like an ice queen in a silver dress with a dark lipstick. (Photo by Frazer Harrison/Getty Images)

BEST: Kate Beckinsale dazzled in a Reem Acra ball gown with a sheer bottom and top that showed off her incredible figure. The frock featured tons of sequins and sparkles and the British stunner said she "wanted to look like a Christmas" tree at the 22nd Annual Critics' Choice Awards. (Photo by Frazer Harrison/Getty Images)

WORST: Darnit Bella Thorne, can you start wearing real clothes? The 19-year-old showed off a lot of skin in this dress and it just seemed to be the wrong fit for the glam show.

BEST: We love that Mandy Moore is back on the carpet! The "This Is Us" star was a knockout in a midnight blue dress with a plunging neckline and sexy cutouts along the rib cage. She wore her hair down in sexy waves.

WORST: "Modern Family" star Ariel Winter has been coming into her own, but the drop waist on this sparkling gown with cutouts wasn't our favorite. And we wish she'd take the hair out of her face -- cut those bangs!

WORST: Did the 80s call Katy Mixon? The star went for a tie-dye wrap dress with blue and pink -- but we can't say we are in love with the funky style. (Photo by Christopher Polk/Getty Images for The Critics' Choice Awards )
BEST: White hot! Amy Adams joked that her daughter was on "cleavage patrol," but there's no need with this off-the-shoulder, white dress which fit her to a tee. She finished off the pretty look with bold earrings and a ponytail. (Photo by Frazer Harrison/Getty Images)

BEST: Knockout! "La La Land" sar Emma Stone showed off her slender figure in a black gown with a cool, geometric pattern. She added some old Hollywood glamour with a sleek hairdo and a set of red lips.