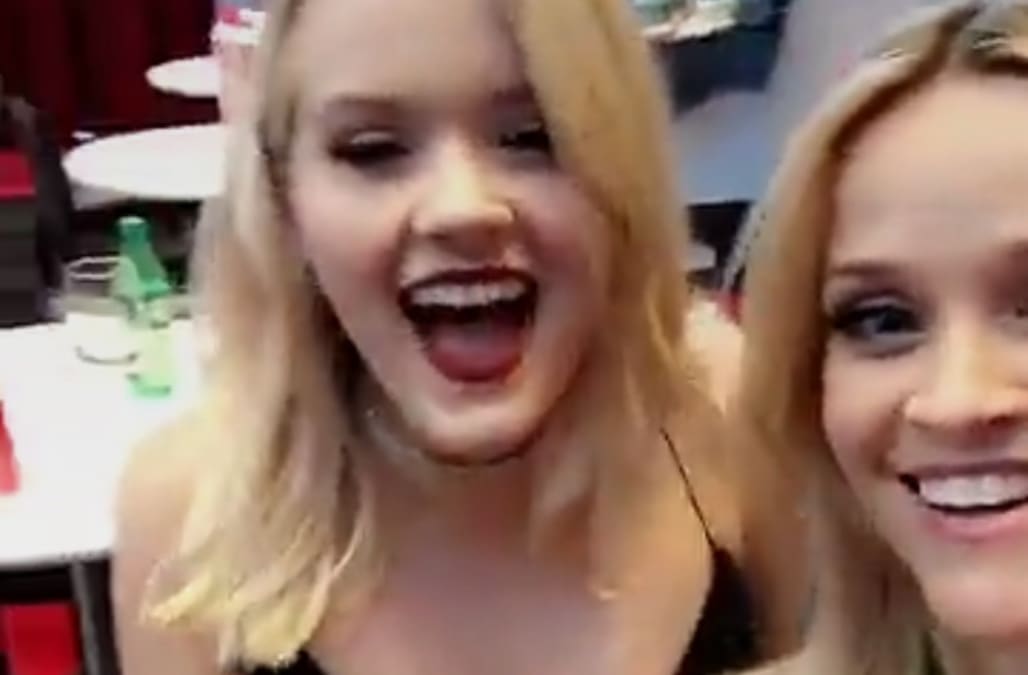 This was a relatively tame week in the world of celebrity Snapchats, with most celebrities sticking to business as usual.

Reese Witherspoon shared a couple of hilarious selfies with her children, including one with her look-alike daughter, Ava, at the premiere of her new animated film, "Sing."

SEE ALSO: Here's a complete list of all of the celebrities on Snapchat

Kylie Jenner obviously posted a handful of sexy mirror shots, as did fellow perpetual Snapchat user, Bella Thorne, who really turned heads with a racy bikini shot in a jacuzzi.

Nick Jonas showed off his insanely ripped body after an intense workout, too, while Kendall Jenner gorged on donuts on set and Bethenny Frankel had dinner with fellow "Real Housewives" star and old friend, Kyle Richards.

Ariana Grande also shared a couple of behind-the-scenes pictures from this week's "Hairspray Live!" on NBC. She starred at Penny.

Check out the best celebrity Snapchats of the week below: