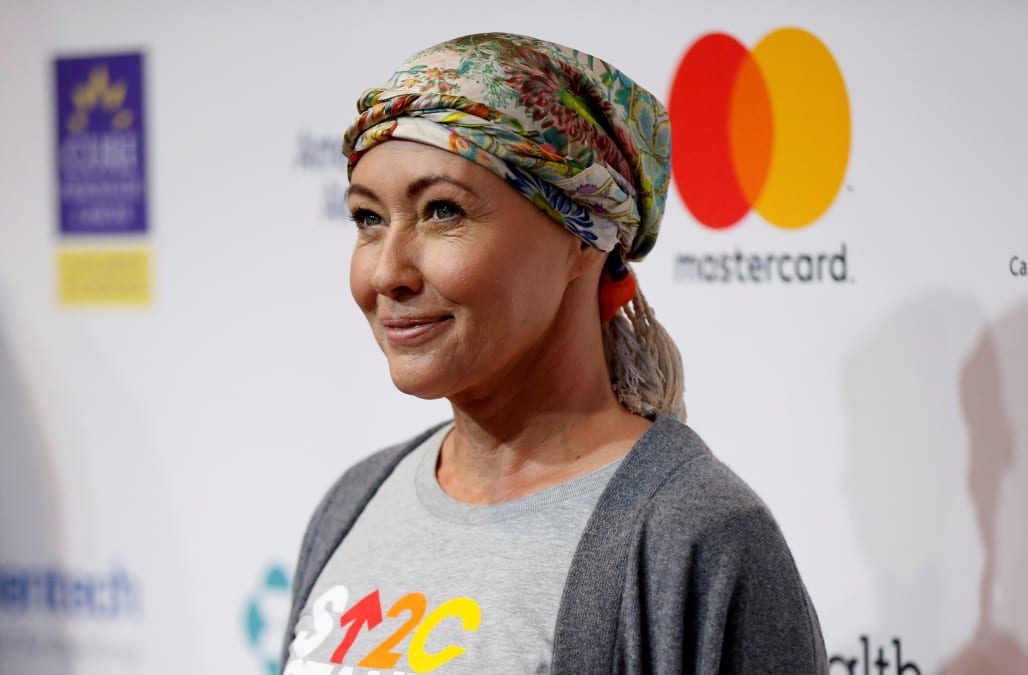 Shannen Doherty is grateful to be going through this difficult time with a solid support system.

Related: Shannen Doherty through the years

On Wednesday, the Beverly Hills, 90210 star shared a photo from "another day of radiation" with the medical professionals that assist her. "Meet Anna and Vince, two members of my radiation team. They make a concerted effort to talk to me and show me what's going on in this process so I don't feel so out of control in it," she wrote. "Never be too timid to speak up and ask for what you need to get thru the process. None of this is easy but a great team can make it more pleasant. #cancerslayer #fightlikeagirl #warrior #communicationiskey" 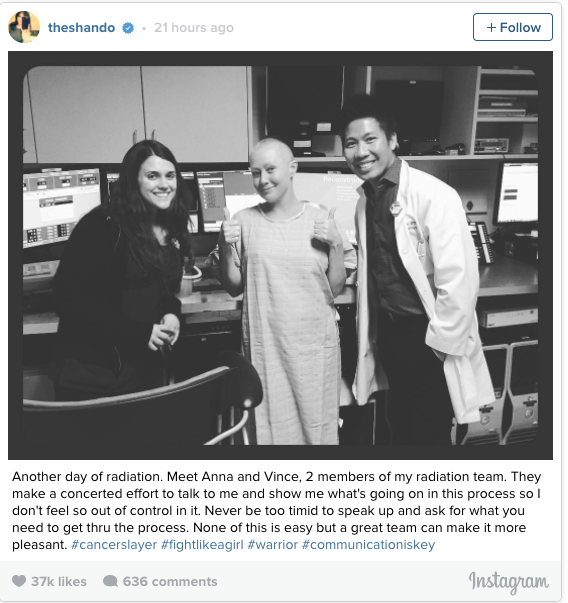 Doherty is doing her best to keep positive as she continues to battle cancer. Just a few days ago, she shared a video of herself dancing with mom Rosaand celebrity trainer Jäm Malibu. "Nothing like dance class with @jammalibu for @themamarosa birthday and end of first week #radiation," she captioned the video. "No matter how tired I am, have to keep moving. #mymomsgotmoves #birthdaymom #nedasurecanshakeherbooty #move." 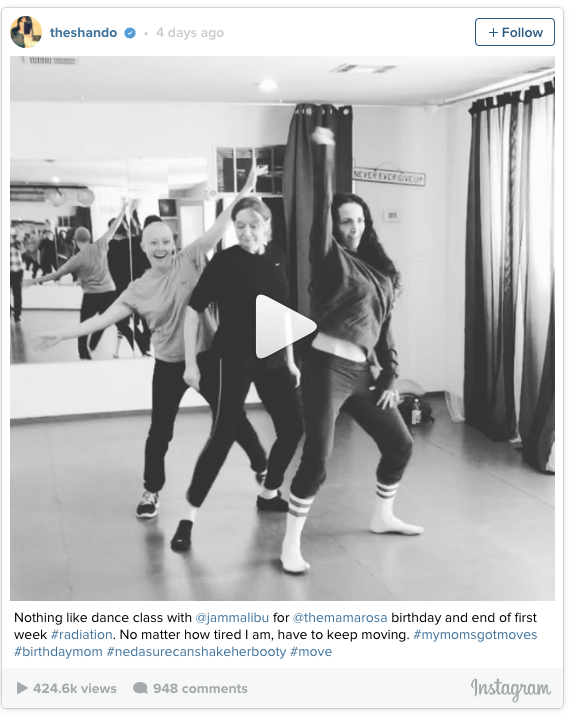 In addition to her radiation team, the 45-year-old actress has received lots of support from her friends, family and former co-stars. Earlier this month, Doherty was honored with the Courage Award at the American Cancer Society's inaugural Giants of Science Gala, and told ET that she was accepting the award on "behalf of every single cancer patient out there because it takes a lot of courage."