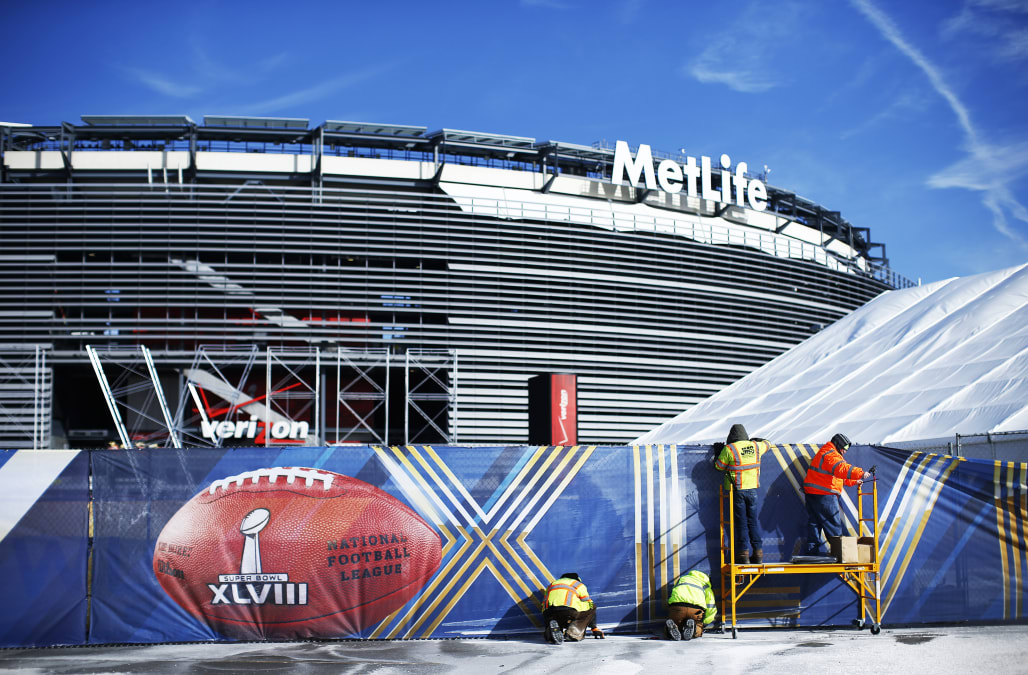 Fox, the TV network known for its Sunday-afternoon football games, needs to score a touchdown of its own. Over the next few weeks, the 21st Century Fox-owned outlet must sell two handfuls of some of the most expensive ad inventory in the industry: 30-second Super Bowl ads that cost on average more than $5 million each.

Fox has sold almost 90% of the ad inventory surrounding its February 5, 2017, broadcast of Super Bowl LI from Houston Texas, according to a person familiar with the negotiations. This person suggested Fox has fewer than 15 ad slots to sell, while another person with knowledge of the marketplace said Fox could have as many as 17. The three TV networks that share rights to broadcast the big NFL event typically sell a little more than 70 Super Bowl ad berths in total. Fox is seeking more than $5 million for each 30-second ad slot, according to one of these people.

As the gridiron classic approaches, Fox faces one of TV's toughest tasks. It's easy to sell the first 75% of the Super Bowl, thanks to steady demand from auto marketers as well as longtime sponsors like Anheuser Busch InBev and PepsiCo that buy up multiple slots very early in the process every year. Getting rid of the last 20 to 25 slots, however, can be slow going. When Fox last broadcast the game – it aired Super Bowl XLVIII in 2014 from MetLife Stadium in East Rutherford, N.J. – the network announced it had sold out all its inventory on December 4, 2013. That date has come and gone this year, and Fox has a decent chunk of commercial time left on the table.

Selling the Super Bowl isn't as easy as it was in the past. Ad prices have soared over the last decade. And negotiating for the game has grown more complex, as Fox, CBS and NBC – the three networks that share the rights to the game – tie other conditions to the purchase of a commercial in the Big Game.

Consider the fact that the average cost of an ad in the Super Bowl has risen 76% over the last ten years, according to Kantar, a tracker of ad spending. In 2006, the average cost of a 30-second ad was around $2.5 million, according to Kantar. This year, CBS sought anywhere from $4.5 million to more than $5 million, according to people familiar with the talks. And the price of an ad in the game is only one of several elements a Super Bowl sponsor must consider. Advertisers often must spend the same amount they are paying for the in-game commercial on other ad inventory the network wants to sell. More advertisers are considering buying inventory in a digital live-stream of the game. And then there's the cost of producing the Super Bowl commercial itself, which often requires celebrity appearances, special effects, and pop-song soundtracks. Overall costs these days can easily top $10 million.

All of these trends make have served to slow down the Super Bowl ad process, according to media buying executives. NBC acknowledged publicly that it faced a tougher-than-normal slog in its effort to sell ad time for its 2015 broadcast of Super Bowl XLIX. And CBS never confirmed publicly that it had sold out all its inventory for this year's broadcast of Super Bowl 50, suggesting the network may have been in behind-the-scenes discussions with members of the game's ad roster about shifting or leaving positions.

And yet, for many advertisers, the investment is worth it. In an era when more TV viewers are prone to skip past commercials or watch their favorite shows days or weeks after their air date, the Super Bowl gives Madison Avenue something that has become extremely elusive: a captive audience that pays as much attention to the ads as it does to the content they support. CBS' 2016 broadcast of Super Bowl 50 reached an average of 111.9 million viewers, according to Nielsen. And that was the third most-watched TV broadcast in history. NBC's 2015 telecast of Super Bowl XLIX reached 114.4 million, while Fox's 2014 telecast of Super Bowl XLVIII reached an average of 112.2 million.

Fox will offer a few enticements to select sponsors. The network intends to test new advertising formats, according to one of the people familiar with the sales process. This person said Fox could air live commercials during the game as well as ads that had "engagement opportunities," or elements aimed to spur more intense audience attention. More information about these concepts is expected to be unveiled over the next few weeks, this person said. Fox is also working to highlight the debut of "24: Legacy," a reboot of its popular "24" spy serial, to Madison Avenue. The network will launch the series after the Super Bowl broadcast, and already has Ford Motor and Samsung involved.

Fox is not sensing hesitation from advertisers over recent ratings weakness seen in NFL games broadcast earlier in the season, this person said. Fox's Sunday game has been averaging nearly 26 million viewers, making it TV's highest-rated regular program of the year. Fox's Thanksgiving broadcast of a game between the Dallas Cowboys and Washington Redskins was the most-watched NFL regular season game on the network, and the most-watched NFL game on any network since 1995, and lured more than 35 million viewers.

There is some hope that current NFL storylines will serve to whet Madison Avenue's appetite for Super Bowl LI. Sports executives sense potential for a match-up between the Dallas Cowboys and the New England Patriots or Oakland Raiders.

One veteran Super Bowl advertiser, Toyota, has announced it will sit the game out in 2017, citing a launch date for the Camry that does not line up with the hoopla around the event. Both Anheuser and Pepsi are expected to return, along with Avocados from Mexico, a smaller advertiser that has been with the game since 2015. Other marketers that have announced their involvement include Mars' Snickers, Kia Motors and WeatherTech. Fox is seeing "good" demand for ads in the game from automakers, according to the person familiar with the situation, along with fast-food chains, soft-drink manufacturers and consumer-electronics marketers.