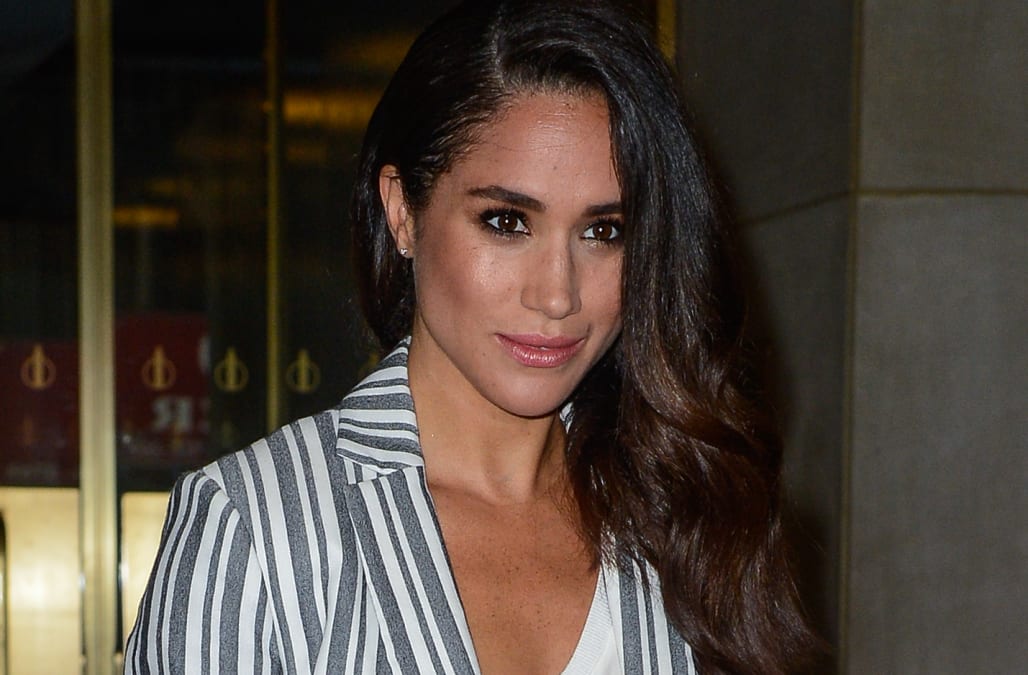 A telling accessory! Meghan Markle stepped out in Toronto, Canada on Monday while visiting a flower shop. But it wasn't the colorful blossoms that got everyone talking.

The Suits star, 35, wore a gold necklace with a tiny H and tiny M on it, which fans took to represent Harry and Meghan.

The Maya Brenner Asymmetrical Letter necklace is 14k gold, and retails for $240 with $60 for each additional letter.

The actress has been dating Prince Harry for several months now, with the royal going public with their romance in November in an unexpected formal statement.

ET confirmed that Prince Harry traveled to Toronto briefly to be with Markle after his two-week Royal Tour of the Caribbean.

"Harry has been traveling and wanted to make time to see Meghan," a source told E! News. "They wanted their time together to be private."

WATCH: Prince Harry Gets Interviewed by Local in Guyana, Says Being a Prince Is 'Good and Bad'

The Brit returned to London this week after his Canadian excursion and attended a charity event at Broadgate Circus on Wednesday.

For more on their blossoming romance, watch the clip below!