Carly Rae Jepsen is going 'so many places' with the follow-up to the critically-acclaimed, 'EMOTION' 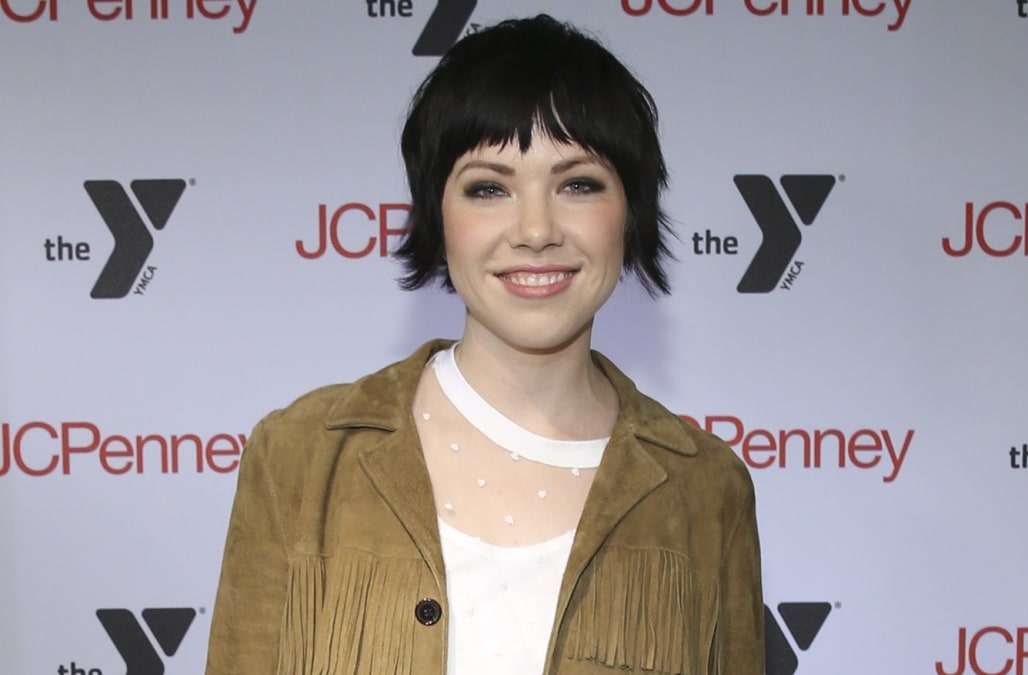 Carly Rae Jepsen talks recording the follow-up to EMOTION, giving back during the holidays and reveals one of the top 5 moments of her career.

Carly Rae Jepsen may be the most selfless pop star there is. The singer, who initially broke out in 2012 with the smash hit "Call Me Maybe," has proven time and time again that she puts her fans before anyone else, including herself.

The '80s-tinged follow-up to her debut album Kiss, EMOTION, was met with a level of obsession, dedication and love from fans that is rarely seen. Not only that, but the album was also met with near-universal acclaim from critics.

SEE ALSO: Ja Rule explains why he's ready to move on from music after his next album

And when Jepsen went on tour, she saw firsthand how much the album's material affected and inspired her audiences. At meet-and-greets, fans bombarded the singer about an expanded edition of the album and the massive, rumored catalogue of songs that she didn't include on the initial release.

So, what did she do? She released an album full of songs that didn't make the record in the form of EMOTION SIDE B. And, naturally, her fans loved it.

In addition to giving her fans what they want, though, Jepsen is also giving back in another way this holiday season. The singer partnered with JCPenney to go on a shopping spree with 50 underserved children from the local Y and help them get gifts for their family and friends.

I caught up with Carly Rae Jepsen at JCPenney's kickoff 2016 Giving Spree event in Manhattan to talk about her decision to release EMOTION SIDE B, giving back to local communities, going on tour and how she's planning on following up EMOTION.

See photos of Carly Rae Jepsen through the years:

Check out my full conversation with Carly Rae Jepsen below:

You recently released EMOTION SIDE B, which featured a handful of amazing songs that didn't make the initial cut on EMOTION. What did you make of the incredible reception to the EP?

I was so stressed about it! I mean, I've made so many songs, and it's just sort of this catalogue of like, "Well, it feels like they're in my closet now. Do I share them, still?" But, then, what really encouraged me to be brave and expose those ones that were not in the initial running, was just meeting people face-to-face when we went on tour, and having a meet and greet where I'd be asked by people, you know, "What about EMOTION 2.0?" I was like, "Well, I kind of have one! Maybe I should share it?" And I was really overwhelmed by the reaction; it was not what I expected. My fans always seem to blow my mind with how warm and loving they are with their reception to my work.

I was at your show in New York City at Terminal 5 in the spring...

That was one of my favorite all-time shows!

I mean, the energy at that show was unlike anything I'd ever experienced. Did you feel that from your fans every night you took the stage?

It was a really shocking tour for us. I think especially because of the transition between what we were known for before -- tagging along with Justin Bieber for "Call Me Maybe," we were kind of catering to lots of 13-year-old girls -- and then all of a sudden it was, like, 30-year-old men and their girlfriends. [Laughs] And everyone was kissing, and I just felt the love in the room -- it was contagious to us. I would say that that show is one of my top 5 moments. You were there for one of my top 5 moments!

[Laughs] It was a really fun night.

So, you're recording your new album right now. What can you tell me about the direction of this next project?

I was in the car with Tavish [Crowe], my guitarist, and I hadn't seen him in a while, because he's based in Canada. I was playing him just the array of them, and he's like, "Where are you going with this?!" And I was like, "So many places!" So, I think that's the fun part right now that will drive me a little bit insomniac later on, but right now it's really fun.

You've done Christmas music before, with your cover of "Last Christmas."

Would you ever want to record more Christmas music?

Yeah, I think so! I had a hard time picking out my cover for Christmas, because you dig into them and so many of them are done in so many ways. But Wham! felt really fitting after EMOTION came out, just because of the whole '80s pairing; It just felt right. After I saw the video, too, I was just kind of hooked on how absurd it was! I was like, "I love this! It's so cheesy!"

I had a blast w/@JCPenney & @TheY! We got to help some kids shop for gifts for their families. That's what #JoyWorthGiving is all about. #ad

Speaking of Christmas, you're hosting an event today at the JCPenney in Manhattan Mall that very much embodies the Christmas spirit: You'll be taking 50 unsuspecting kids from the local Ridgewood Y on a shopping spree! Tell me about how this came about.

Well, it starts with New York shopping, which is a good beginning! But, I was just saying earlier, when you grow up, Christmas feels like it's all about just what Santa is going to get you and whether you've been good or bad. But, when you grow up, you realize it's really about family and giving back to kids, so that they can get to experience the amazing Christmas that you got in your youth -- at least that's how I see it!

So, this seemed like the perfect opportunity to do that and go on a little shopping spree with some kids from The Y and also to teach them the gift of what it means to give. It's not just being like, "Hey, go pick out a dress for yourself!" It's also about, "Here's some money; think about some of the people you care about and how you want to surprise them!" And that can be even more fun than just thinking about yourself.

As your platform has expanded more and more since breaking out with "Call Me Maybe" back in 2012, how crucial has it been for you to use that platform for good?

I think it's getting more and more important every year, which I'm ashamed to say. It should be something that is sort of just, like, thought of right away, but I think every year as I'm maturing, I'm realizing ... My mother once said to me when I was little, "No matter what you decide, find what you're passionate about and use that to give back to your community."

So, yeah, I'm constantly looking for those opportunities and people around me inspire me, as well: My best friend started this orphanage that we're working on together in Kenya. When we have time, we also go to local children's hospitals, which is basically an immediate feedback of energy, because whatever you give them, you just leave them changed.

You leave with a smile on your face, too!

Yeah, exactly! It's one of the best feelings in the world.

More from AOL.com:
Danai Gurira of 'The Walking Dead' spreads awareness for HIV/AIDS on World AIDS Day
Ashley Benson talks wrapping 'Pretty Little Liars,' giving back and what she plans on doing next
Kaitlyn Bristowe and Shawn Booth of 'The Bachelorette' talk their relationship, giving back and waiting to get married