Jennifer Aniston blasts 'B.S.' tabloids that 'mobbed' her: 'We have to stop buying them' 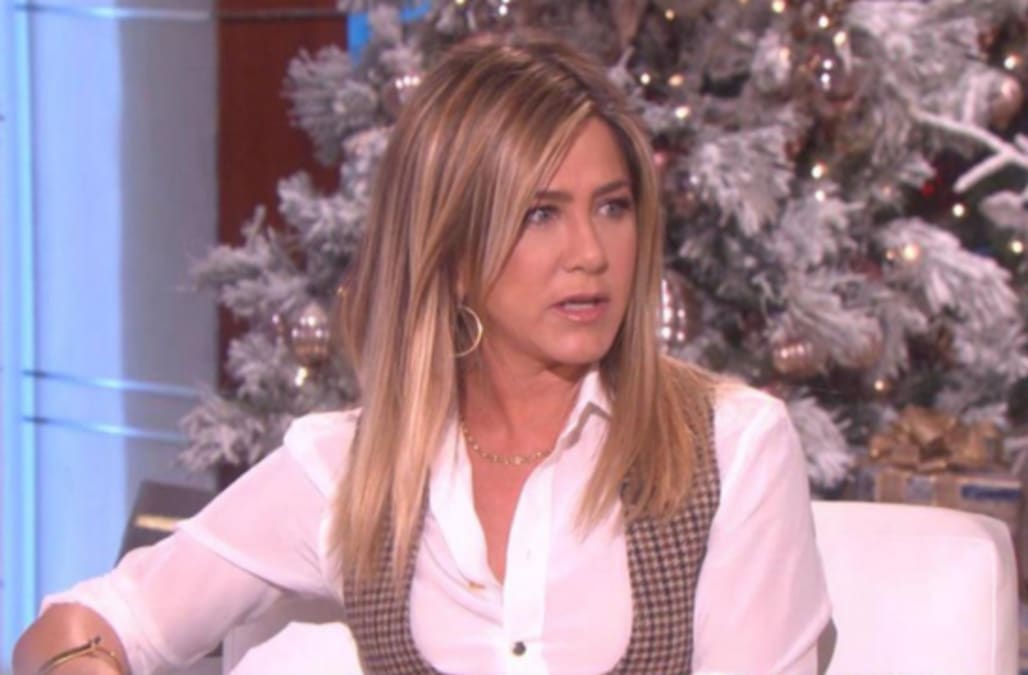 Jennifer Aniston blasted gossip tabloids and called for women to boycott them on Wednesday's episode of "The Ellen DeGeneres Show."

In July, Aniston wrote a damning opinion piece for the Huffington Post about tabloid coverage. She told DeGeneres that she was in a very fragile state when she wrote it.

"I did it at first just for myself," the "Friends" star told DeGeneres. "You know how we kind of write, but don't necessarily send it. I kinda hit a wall. I was pretty raw at the time."

She said that her mother had just died and she was returning from a peaceful getaway when she felt accosted by media at the airport and discovered she was the subject of another false tabloid story.

See photos of Jennifer Aniston through the years:

"We were mobbed, like a scary kind of mobbed," she said of the paparazzi. "I didn't know what was happening, I kept thinking, 'Is Kim Kardashian behind me or something?' Very strange. And then it turns out another wonderful photograph — which I have sort of had to live with for the last 10, 15 years — a picture of me with a bump and a circle around my stomach with an arrow pointing to it in this sort of disgustingly objectifying sort of way and I was just fed up with it."

She then added, "We as women do a lot of incredible things in this world other than just procreate. We just get boxed in."

The actress also called for women to boycott gossip tabloids.

"Women, I have to say, many are the authors of these horrible articles that are written in these B.S. tabloids, so we have to stop listening to them and we have to stop buying them," she said, "because we have to support each other especially in this time, to love each other, to support and be proud of women, whatever your choice is in life. It's up to us what makes us happy and fulfilled."

NOW WATCH: Jennifer Lawrence called out a reporter during the Golden Globes

SEE ALSO: How the 'Friends' cast nabbed their insane salaries of $1 million per episode