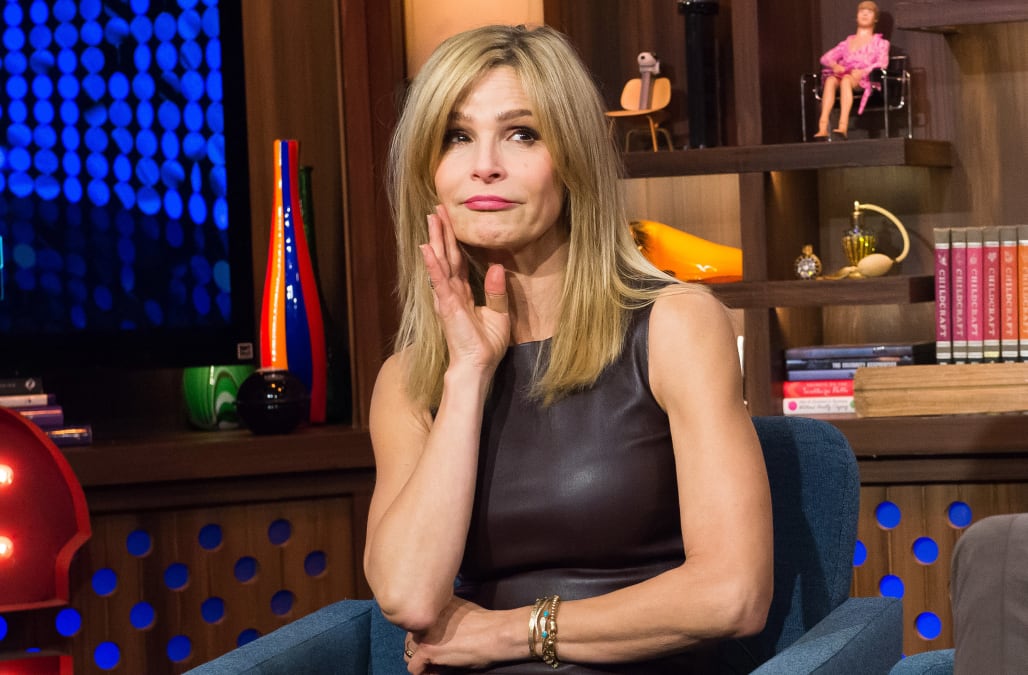 Long before they were both happily married to other celebrities, Matthew Broderick and Kyra Sedgwick once enjoyed a teenage romance.

The pair sat down with Andy Cohen on Tuesday's Watch What Happens Live, where they revealed that they used to date in high school.

After confessing that they were high school classmates who used to skip class together to sneak off and smoke in a school stairwell, the pair cautiously admitted that they "went back and forth for a few years," dating on and off.

In fact, the two were close enough that Broderick got to know Sedgwick's mom, Patricia, who was in the WWHL audience.

More celebrities you had no idea were once an item:

(Photo by Jamie McCarthy/WireImage for Glaceau)

Long before Michael Weatherly became Special Agent Anthony Dinozzo on 'NCIS," and Jessica Alba was the founder of the Honest Company, they were engaged to each other after starring on the show "Dark Angel" together.

Vivica A. Fox and Dennis Rodman

Chili (from TLC) and Usher

(Photo by SGranitz/WireImage for BET Entertainment)

However, both Broderick and Sedgwick staunchly denied Cohen's query about whether or not they knew each other "connubially" (i.e. intimately).

"Never before I got married!" Sedgwick asserted.

Years after their youthful relationship, The Closer star went on to marry actor Kevin Bacon in 1988, with whom she shares two children -- Travis, 27, and Sosie, 24.

Broderick tied the knot with Sarah Jessica Parker in 1997. Together, they share a 14-year-old son, James, and two 7-year-old twin daughters, Marion and Tabitha.

However, the Sex and the City star has another man on her arm when she hits the Met Gala every year: Andy Cohen himself.

While Broderick has no problem with sitting out the fashionable event, he did get catch some flack from people speculating as to why he doesn't attend the black tie affair with his wife.

"One time [people] said there was something wrong with that, so I said, 'I should go now,' and she said, 'No, I like when Andy takes me,'" Broderick recounted.

According to Sedgwick, he's not missing out on anything.

"It is boring," she explained. "I only went once and I was never invited back."