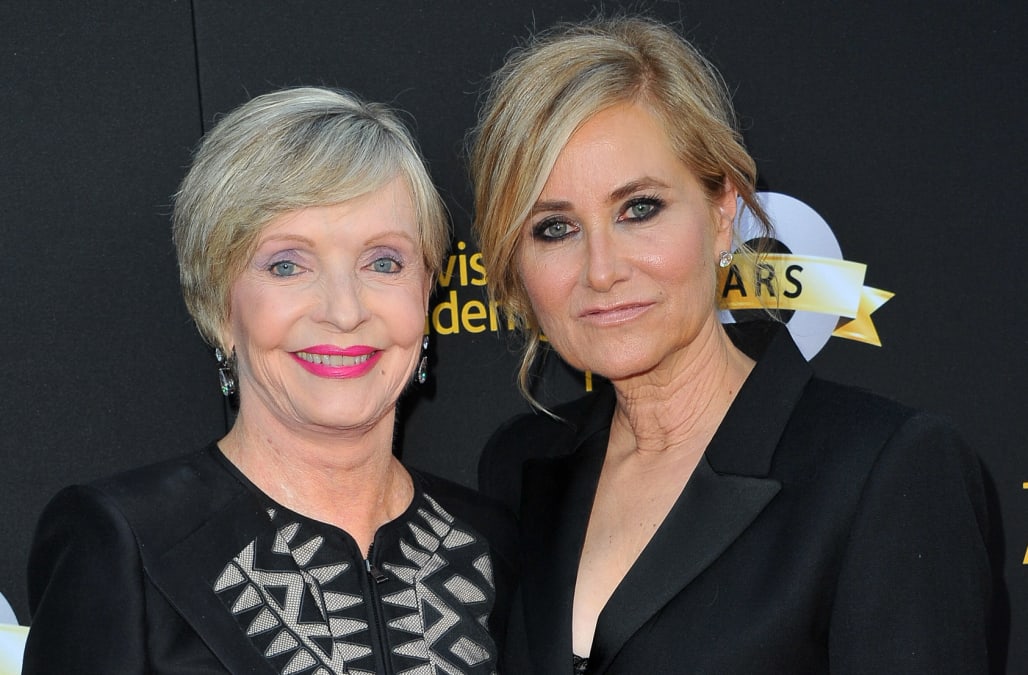 On TV, Florence Henderson was Maureen McCormick's doting mother, and in real life, she was one of her best friends.

McCormick sat down with ET on Monday following Henderson's death from heart failure, and she opened up about the iconic star's impact on her life.

"She was an incredible example of how to life your life," McCormick tells ET's Nancy O'Dell. "She was that sweet. She really was. She was the loveliest of ladies."

See photos of Florence Henderson throughout her life:

"I was just like, 'Wow! She's so beautiful,'" McCormick fondly remembers. "That woman in no makeup was the most beautiful thing."

Away from The Brady Bunch set, McCormick spent "pretty much every weekend" at Henderson's house with her family. McCormick says they would "hang out in our pajamas all day" or "be in our bathing suits by the pool." Despite their 22-year age difference, the two formed a strong bond that lasted up until Henderson's death.

"Florence played our mother on the show, but I always felt like she was more of a sister," McCormick, 60, says. "She was so young at heart, and just a really good friend."

In the wake of The Brady Bunch's cancellation, Henderson remained by McCormick's side through rough patches, like McCormick's drug-addled past, as well as happier times, like her stint on Dancing With the Stars.

"Throughout my life, she has been a huge supporter in my hard times," McCormick says. "She never gave up on me. She always just believed in me and gave me hope and strength. She gave that to everybody -- it was so genuine and so pure and so loving and so from her heart."

Likewise, Henderson had glowing things to say about McCormick in ET's last interview with her just two months ago.

"I know what Maureen's life has been like, and what she's been through," Henderson said. "She's had difficult times, and I still feel like she's mine. And I love her very much."

Henderson's last television performance was with McCormick on the ABC dance competition show for a Brady Bunch-themed performance on Sept. 19, when she recited the famous line from their show: "Marcia! Marcia! Marcia!"

"It was amazing to be with her and to work with her," McCormick says of their last performance together. "It just like felt so good. It was like no time had passed at all. I just felt such comfort with Florence, such ease, such fun."

Henderson was also in the DWTS audience for the season finale last week, just three days before her death on Thanksgiving.

McCormick says she was in "total disbelief" when she heard the news.

"I had just been with her. I had just seen her," McCormick explains. "She had looked amazing -- an 82-year-old woman who was so full of life and so full of spunk and fun and joy. I just didn't want to believe it."

McCormick says that last time they spoke was on Nov. 14, when they texted how much they loved each other. "Florence made me so happy. Her emojis were the cutest things," McCormick reveals.

FLASHBACK: 'The Brady Bunch Movie' Turns 20! On Set With the Grooviest Cast of '94

"I'll never ever get rid of [those texts]," she says. "She was such a good friend of mine."

Henderson died on Thursday, surrounded by her four children at Cedars-Sinai Medical Center in Los Angeles. In lieu of flowers, her family kindly asks for donations to be made to Broadway Cares, an organization that supplies lifesaving medications, health care, nutritious meals, counseling and emergency financial assistance to those affected by HIV/AIDS.

Watch the video below to see what Henderson's TV sons Christopher Knight and Barry Williams had to say about missing their fallen former co-star.