36 unanswered questions we still have after watching 'Gilmore Girls: A Year in the Life' 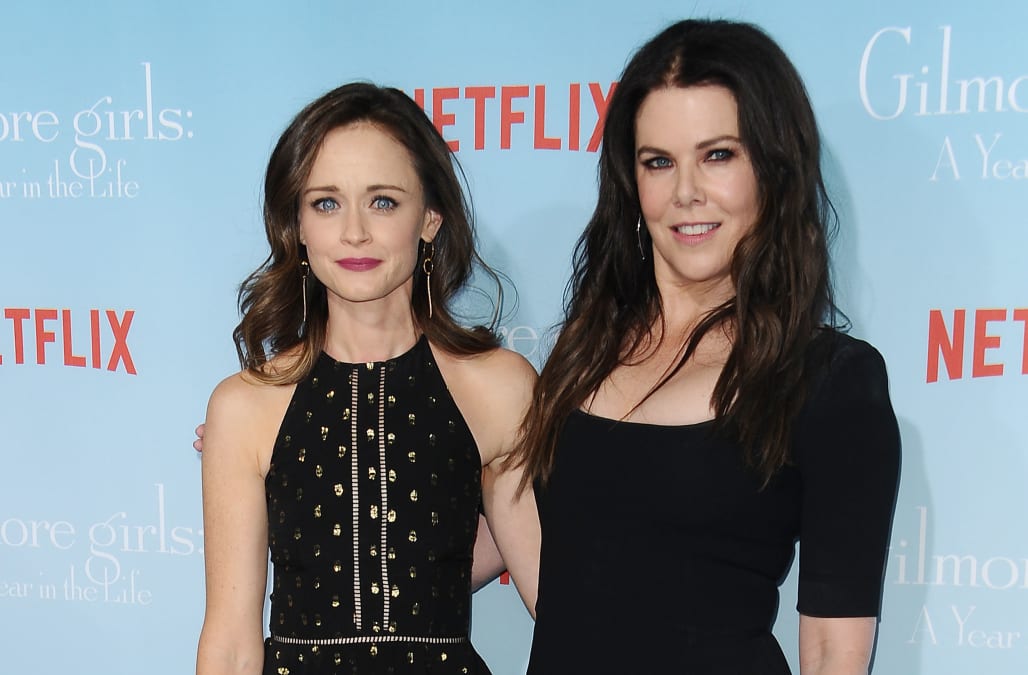 WARNING: By now you should have already binged all four new episodes of Gilmore Girls: A Year in the Life. If you haven't, then you clearly did not spend your Thanksgiving break well and you should leave immediately because there are MAJOR spoilers ahead...

Well, it's officially over.

After months of casting announcements, small plot teases, and an endless buzz of anticipation, Netflix's four-part revival series, Gilmore Girls: A Year in the Life, finally premiered. Each 90-minute episode was packed with new information and shocking revelations (especially with those life-changing final four words!), but now we're left with a massive problem: We have even more questions about our Stars Hollow favorites than ever before!

20 stars who were on "Gilmore Girls" before they were famous:

Behold! 36 unanswered questions we now have after watching Gilmore Girls: A Year in the Life...

MORE: 'Gilmore Girls: A Year in the Life': Each Season's Biggest Moments and Those Last 4 Words Finally Revealed!

1. Did Rory ever end up tracking down her box of M.I.A. underwear?

2. What version of Rory doesn't label her moving boxes? Honestly, that was unbearably out of character.

3. Why didn't they use Gilmore Girls' theme song, "Where You Lead," by Carole King in an actual scene or in an opening credits sequence?

4. Who wrote that "hateful" letter to Emily on her birthday if it wasn't Lorelai and why didn't we ever get the answer to this?

6. Was Berta just a master manipulator who preys on new widows by confusing them with gibberish, while secretly taking over their homes with her ridiculously huge family?

7. What happened to that massive portrait of Richard that took up a whole wall? Can we have it?

9. What are the chances Rory got knocked up after her one-night-stand with the Wookie?

10. Why did they never address that Logan already proposed to Rory once, and she said no? Was it because it happened in the lost season – aka season seven?

11. Why was Rory so incredibly comfortable with cheating on Paul while also being the other woman in Logan's relationship?

12. Did Logan ever actually marry Odette? Did Odette ever suspect/care that her fiancé was sleeping with someone else?

14. Whatever happened to Dean's first wife, Lindsay? Is she still pissed at Rory for breaking up her marriage? (She should be.)

15. Why didn't Jess have more than three scenes?

16. Why doesn't Jess realize that he's too good for Rory now?

17. Why did they waste SO much valuable screen time with all those Stars Hollow musical scenes?

18. Are Paris and Doyle really done for good? If so, WHY?

MORE: 'Gilmore Girls: A Year in the Life' Totally Replaced Chad Michael Murray With Another Actor

19. Why would Tristan attend Chilton's Alumni Day when he never really actually graduated from Chilton?

20. Why did they even include that Tristian Dugray reject? Was Chad Michael Murray really THAT busy?

21. Why weren't Paris and Rory's former BFFs, Madeline and Louise, at Chilton's Alumni Day? (At least they actually graduated from the school...)

22. Why did Sookie completely abandon her dream of co-owning the Dragonfly with Lorelai? (FYI: Eating dirt and moving to the woods is not a good enough answer.)

23. With the expansion of The Dragonfly officially happening, is Michel still going to leave and work for The W in New York?

24. Did Michel ever find out why Molly Daniel was named Molly?

25. Since when has there been a community pool in Stars Hollow?

26. Did Stars Hollow ever host their LGBT pride parade?

27. What happened to Rory's book collaborator, Naomi Shropshire? Did all those people she stole food from ever get to eat?

28. Why didn't anyone tell Rory that her "lucky outfit" looked awful on her?

29. Did GQ ever publish Rory's spec piece about people who love to wait in lines in NYC?

30. Why did Rory tell Jess that she has no car and that her license expired and yet she then drove over to Richard's gravesite just one week later?

31. Why was Jack really hovering around Emily? (Get out of here, you filthy honey badger, you don't deserve to breathe the same air as Emily Gilmore.)

32. Why did Emily decide that her time would be best spent working and subsequently terrifying young children at a Nantucket whaling museum?

33. Why did Rory and Christopher have such a tense father/daughter relationship? What happened to them over those missing eight years?

34. Did Rory ever move out of her mother's house?

35. Will Lorelai approve of Rory's final book version of Gilmore Girls? Will Jess be the publisher?

36. And finally, will there be more episodes of Gilmore Girls?