Ashley Benson talks wrapping 'Pretty Little Liars,' giving back and what she plans on doing next 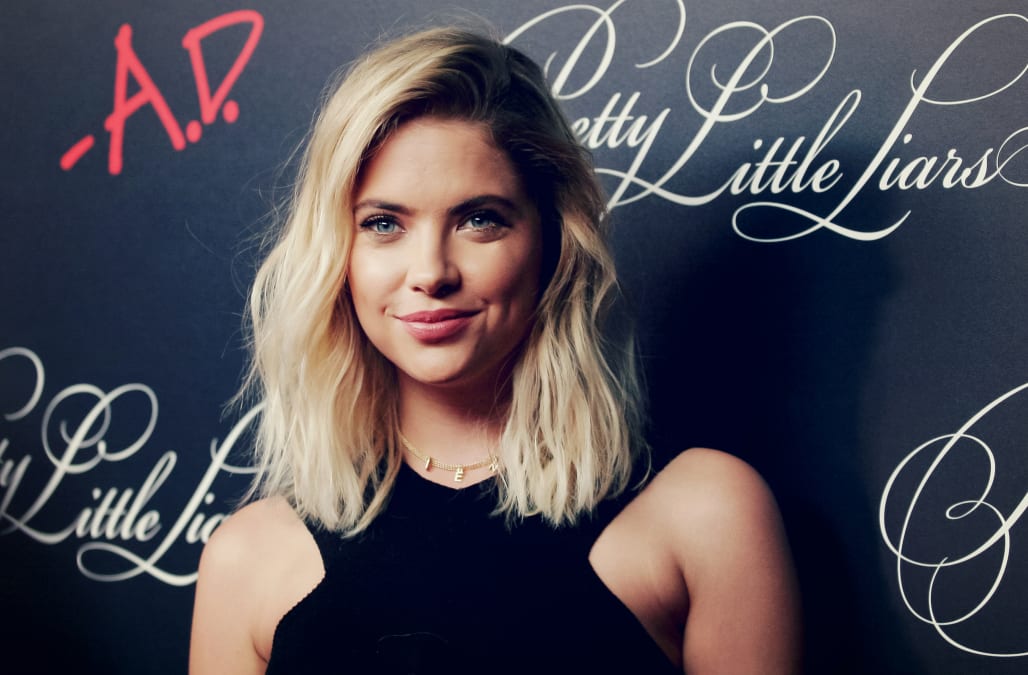 Ashley Benson of 'Pretty Little Liars' talks about wrapping the show for good, giving back during the holidays and what she has planned for the future.

Ashley Benson had been playing Hanna Marin on "Pretty Little Liars" for seven years until the experience came to a close when filming on the show wrapped last month. And, though she told me that those final days of shooting felt like an "emotional rollercoaster," she recognizes that it was probably a good time for the show to end.

SEE ALSO: Kaitlyn Bristowe and Shawn Booth of 'The Bachelorette' talk their relationship, giving back and waiting to get married

As she waits for the right project to come along to follow her long run on the beloved Freeform series, Benson is focusing her efforts on giving back for the time being. After all, it is the holidays -- and that's what the holidays are all about for her.

I caught up with Ashley Benson over the phone this week to talk about why charity is so important, whether or not she's changed over the course of the seven-year "Pretty Little Liars" run and the big move she made just after wrapping filming.

See photos of Ashley Benson throughout her career:

Check out my full conversation with Ashley Benson below:

As your platform has continuously expanded over the course of your "Pretty Little Liars" run, has using it for good become increasingly important to you?

100 percent! Here's the thing, especially with our show, my audience and my fans are younger -- in their mid-teens and 20s. They spend most of their time on social media, so I love when I'm able to use my platform with Snapchat, Instagram, Twitter and Facebook to talk about charities that I'm involved with or how [my fans] can help during the holiday season by getting involved with soup kitchens or children's hospitals or whatever makes them feel good and feel happy.

So many kids these days get distracted by the life that they think celebrities are living, like going on vacations and spending thousands of dollars on clothes, which really takes away from what the holidays are all about. I like to drive my traffic towards making a difference in the world, instead of pointless stuff on Instagram and all of that. I'm happy that I can do that.

You're partnering with PayPal for #GivingTuesday to spread the word about how PayPal is matching all donations by 1 percent throughout the holiday season. How did you get involved?

I've been really into charity this time of year, and I found out that PayPal has been a lead supporter of the Giving Tuesday movement for five years. Last year, PayPal users raised $45 million in a 24-hour period all for charity. So, when I heard that, I got involved and partnered with them.

The main charity that I work with is Wags and Walks, which my friend Lesley started, so I got involved through her. My friend Remy rescued a pit bull through her. I'm a huge animal lover, and I have two dogs of my own, so rescuing dogs is very, very true to my heart. I'm really glad that I was able to get involved with the charity through my friends, because it's been really cool, and we've been rescuing a ton of dogs.

How do your friends respond when you post about your charitable efforts on social media? Do you get good feedback?

Oh, yeah! I actually just did a Share A Meal program a few weeks ago, where we're trying to end child hunger. At the beginning of this holiday season, I started telling all of my fans to share throwback photos of them with their families at the dinner table, and every time they used the hashtag #ShareAMeal, they donated a meal to a child. A lot of my fans across social media were using the hashtag, got involved and really made a difference. They were happy to see something that I was really passionate about and responded really well to it.

Let's switch gears a bit and talk about "Pretty Little Liars," which just wrapped filming forever a couple of weeks ago. Obviously, people must've expected it to get emotional -- and it did -- but did you expect the emotions to be as strong as they were?

I mean, yeah -- seven years is a really long time. I think a lot of us feel like we're just on hiatus right now, because we're normally off at this time anyway. But, you know, it was sad! I'm leaving my family that I've been with for seven years.

It was definitely hard, and I feel like the last two days [of shooting] felt like two months. The emotions were out of control: One second you were happy, one second you were sad. It was like an emotional rollercoaster, but all good things come to an end. I think we ended at the right time, and I'm really excited to see what everyone else does in their future.

Do you even remember what life was like before the show started? You must feel like you were a different person back then!

Before this show, I'd always wanted to be on a successful show, but I would never let it change me. I'm still pretty much the same person, and I've never really changed. I'm always going to be a weird, not-really-fitting-in person. I hate to see when work changes people, so I'm going to make sure that never happens [to me].

What about in terms of just growing up over the years? Have you learned a lot from the experience?

Yeah, I've definitely matured a lot! I started that show at 19, so I'm definitely going to be different at 26. I learned a lot of lessons -- I've been working consistently for seven years for 16 hours a day, so it taught me self-discipline and that kind of thing. But yeah, I think I definitely have matured.

After you take a break for the holidays, do you have anything coming up work-wise?

I moved to New York, and that was the one thing that I really wanted to do. I'm just taking a break, and I really just want to wait for the right project to come around. I'm reading scripts and stuff, but I'm really taking my time and being picky about what project I do next. In the meantime, I'm just traveling and hanging in New York and seeing plays!

More from AOL.com:
Everything you need to know about awards season swag bags from gift lounge connoisseur Gavin Keilly
Ja Rule explains why he's ready to move on from music after his next album
Kristen Doute talks season 5 of 'Vanderpump Rules': 'This is definitely my favorite season'