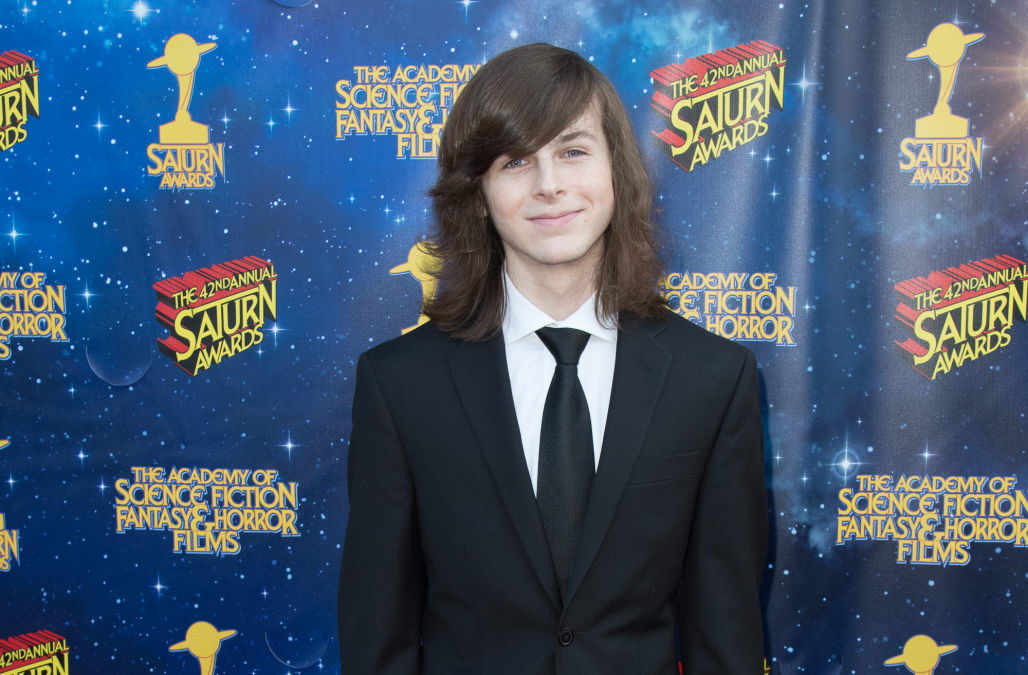 Chandler Riggs' role on AMC's "The Walking Dead" isn't necessarily over because his contract is up, according to his mother.

Gina-Ann Riggs responded to a fan on Instagram who commented on fears that Riggs (who plays the son of Lori and Rick Grimes, Carl Grimes) is leaving the show, because his seven-year contract is up and he just got accepted to college at Alabama's Auburn University. "Don't over analyze. His seven year contract is up. That's all he was saying, nothing else," Gina-Ann wrote on Instagram. "Pretty big accomplishment for a child actor (and for the parent who had to quit his job for this child to be able to follow his dream)." Fans had good reasons to fear Chandler's departure from the hit zombie series.

First, his father, William Riggs, posted a now-deleted message on Facebook that sounded to some fans as if his son was packing up now that his contract is up.

"7 year contract completed!" he wrote earlier this month. "Grateful to AMC, Cast & Crew, TWD fan base and especially Chandler for always being 100% dedicated. Whether it was getting up at 4AM, working in the freezing cold past 2AM, leaving his friends and carefree kiddom behind, scrambling to make up missed schoolwork, he has done it without complaint and always made me proud & amazed to be his dad!"

Second, Auburn University is more than two hours away from Atlanta where "The Walking Dead" shoots. That's not too far a schlep, but it could be tough for a busy college undergrad.

And finally, "The Walking Dead" is on a major character killing spree as of lately. Two major characters were killed recently by Negan and Chandler's Carl has been in the show villains crosshairs before.

Fans will just have to wait and see.

NOW WATCH: 'The Walking Dead' fans think they uncovered something huge in this scene from the latest episode