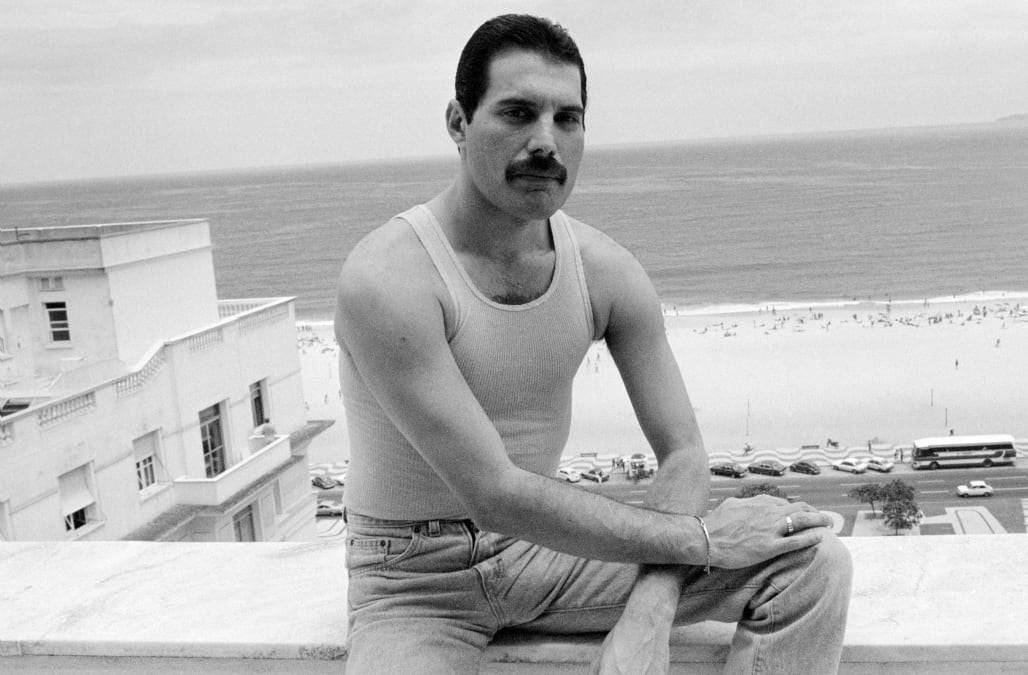 An exclusive excerpt -- and photos -- from upcoming release 'Somebody to Love: The Life, Death and Legacy of Freddie Mercury' by Matt Richards & Mark Langthorne, published by Weldon Owen.

Just ahead of what would've been Queen frontman Freddie Mercury's 70th birthday on November 24, Weldon Owen is publishing "Somebody to Love: The Life, Death and Legacy of Freddie Mercury" by Matt Richards and Mark Langthorne on November 22. The release also honors the 25th anniversary of the iconic singer's tragic death, due to complications from AIDS.

AOL Entertainment snagged an exclusive excerpt from the book that features an interview with Queen's manager, John Reid, focusing on Freddie Mercury's sexuality. It reveals that the singer knew he was gay in 1975, knowledge that he kept from his audience, family and lover, Mary Austin.

In addition to the eye-opening excerpt, below are 7 rare photos of Freddie Mercury taken by Richard Young and Wendy Allison. Somebody to Love: The Life, Death and Legacy of Freddie Mercury

Having dispensed with Trident, Queen appointed a new manager, John Reid, who just happened to also be the manager of Elton John.

'There was a fellow at EMI named David Croker, and he rang me one day and said, "Are you interested in any groups?" as I didn't have a group at the time,' recalls Reid. Croker told him that, 'There's a group here called Queen who are having problems with their management and they're really quite good,' Reid was aware of Queen thanks to their two singles, 'Keep Yourself Alive' and 'Killer Queen' but needed to see for himself if the band could perform live.

'I knew that to crack America, which was very important, you had to be able to play live and play big, and he said, "Yeah, yeah, they're very good," so I told him I needed to see them and he rang back and told me "They're just about to go in the studio, but they'll set up a gig for you." So I went down to Bridge Farm and I went in and there's a full stage and a full lighting set-up – and me! And they did 40 minutes and I was blown away. I didn't find out until some time later that they'd invited three or four other managers and I was the only one who turned up. So I almost got the gig by default,' remembers Reid.7

'For a band that's starting off, guidance and good management is certainly vital,' said Freddie. 'But people like to think that artists don't have brains, and certainly a lot of them are very easily separated from their money. We were more cunning than that. After Trident, we approached a series of top-class managers to make sure we made the right choice. At the time John Reid happened to be the right choice. He flashed his eyes at me and I said, "Why not?" He was great, actually. It was the sort of combination we'd wanted for years. His approach and method of work was so right. He came in to negotiate the whole structure of recording, publishing and management.'8

'I was puzzled by Freddie at the beginning,' recalls Reid. 'I immediately said to Dave Croker, "Of course, he's gay, isn't he?" "Oh, no, no, no, he lives with a girl, Mary Austin." Well, that's not unusual but you know, he is gay! As individuals I was intrigued. John Deacon was kind of the quintessential bass player, mysterious. Roger was a great drummer and Brian was wearing clogs then and is still wearing them now and I was intrigued by their backgrounds, the fact they'd all been to university in diverse ways, so they were clearly intelligent. And I liked the melodies and I liked the songs. So I had a meeting with them altogether and we went through it and they were all feeling me out and I was feeling them out and then I took them out to dinner individually. Freddie had asked me to go around to his at where he lived with Mary and I went round to pick him up, and when I went in he was playing the Cabaret soundtrack, blasting it out, and Mary was very nice, quite shy, but I didn't see the balance there.

'So we went to dinner in a restaurant in Fulham Road, just me and Freddie. We sat down and we were just talking. He was very funny, and he had a habit of touching his top lip and I said, "Maybe you should look at getting your teeth done," and he said, "I've had them fixed!" So we're having dinner, and in the middle of the conversation I said, "Look, Freddie, there's one thing I think you should know and I hope it doesn't make any difference to you or the rest of the band; you do know that I'm gay?" And he dropped his knife and fork and he said, "So am I, dear, we'll get on swimmingly."'

More from AOL.com:
Ja Rule explains why he's ready to move on from music after his next album
Kristen Doute talks season 5 of 'Vanderpump Rules': 'This is definitely my favorite season'
Anthony Anderson talks about how Julia Child inspired his love for cooking