Bette Midler dresses up as character from 'Hocus Pocus' for Halloween

She'll put a spell on you. 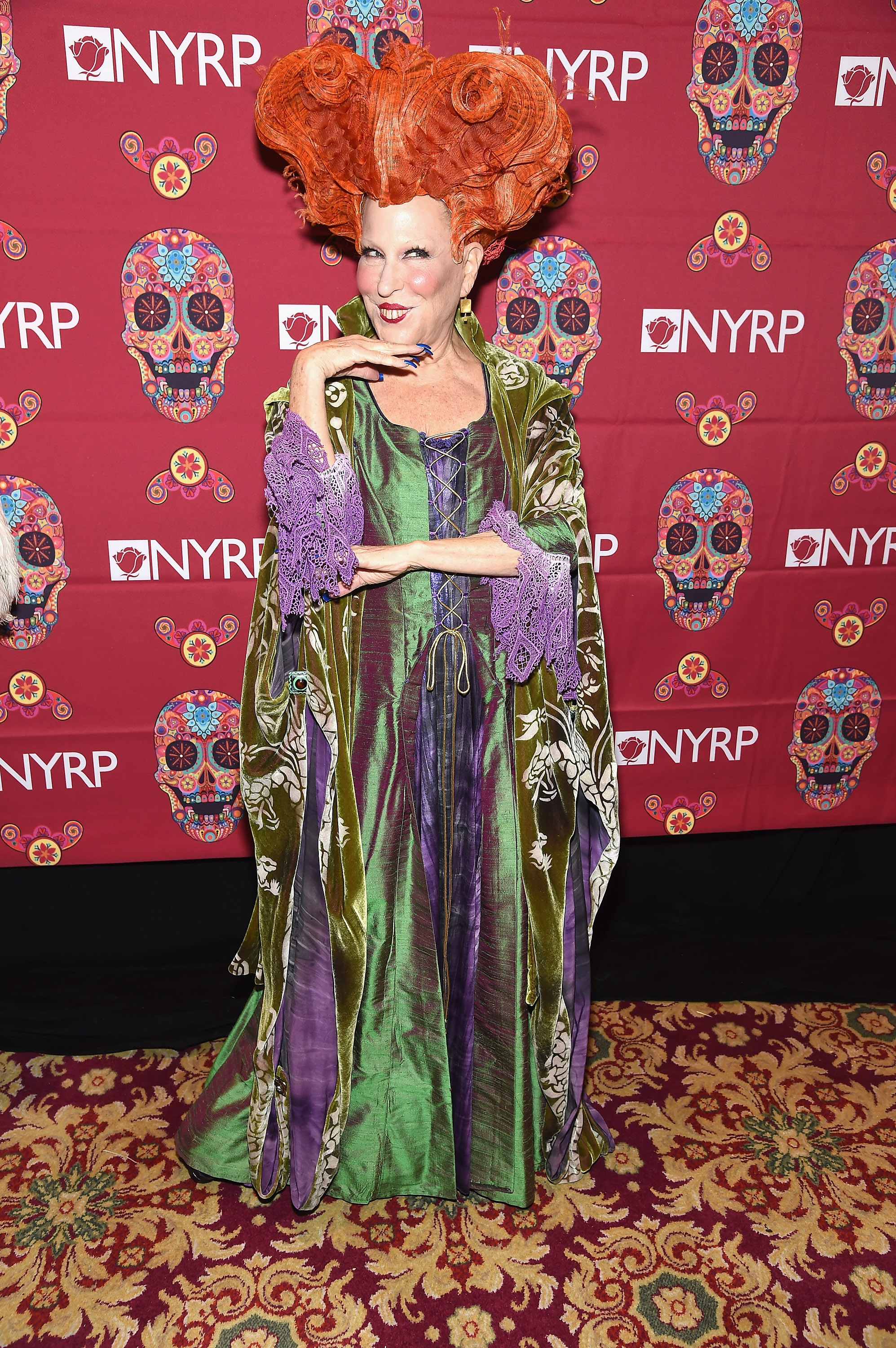 The 'Hocus Pocus' actress recently attended a function for The New York Restoration Project, with a broom in hand.

Like her character, her hair was done in a poofy orange updo. She also sported long blue nails and a green and purple hooded coat --- she looks spookily familiar!

She's a warrior! Paris Hilton turned heads in 2015 in a gladiator ensemble that revealed her super flat tummy.

Paris Hilton put her best foot forward in a Playboy bunny ensemble complete with sexy, blush-colored lingerie and a set of bunny ears.

Jenna Dewan-Tatum was the cutest and hottest Dr. Seuss character we've ever seen.

Mariah Carey was positively sinful in a devil outfit with a corset that showed off her curves.  (Photo by FilmMagic/FilmMagic)

Wowza! Coco nearly had a wardrobe malfunction in 2009 when she and her hubby, Ice-T hit up a Halloween party in bondage-style outfits. Cocos' flashy look was definitely hard not to look at.

Mariah Carey probably caused more fires with her sizzling firefighter style than she did put them out. We're pretty sure that's not what the regular guys wear.

Marie Antoinette got a very sexy spin when Christina Million donned the classic dress with knee-highs and an over-the-top wig. (Photo by BRIAN LINDENSMITH/Patrick McMullan via Getty Images)
Christina Milian showed off her taut tummy in a lady bug look one year. (Photo by Mark Sullivan/WireImage)
Christina Milian and Shenae Grimes were equal parts hottie when they hit a Midori party,but we're partial to Shenae's skintight style as Poison Ivy. (Photo by Jerod Harris/Getty Images)

Alessandra Ambrosio definitely was the hottest devil we've ever seen -- and that's sayin' something! The Victoria's Secret model wowed in a plunging leotard with a serious cape.

Sarah Hyland was all kinds of sexy in this futuristic ensemble!

Dylan Penn definitely put herself in a whole new category with this skimpy ensemble, complete with a cigarette.

She's poison! Shay Mitchell rocked her best baddie look as Poison Ivy and it was all kinds of sizzling hot.

Ariel Winter was just a youngin' when she sported this ab-flashing Jasmine ensemble. But she looks great!. (Photo by Michael Tran/FilmMagic)

Miranda Kerr could tame any lion in this circus ensemble!

Kim Kardashian showed off her fit physique in this Wonder Woman look. (Photo by Jason LaVeris/FilmMagic)

Back when they were still together, Christina Aguilera and Jordan Bratman definitely turned heads when they hit the town as a doctor and a nurse. Christina's look had hearts racing!

Matt Lauer may not be the sexiest woman we've ever seen, but he gets points for that perfect pair of Baywatch boobs.

More from AOL.com:
Michael Buble wants to be permanent co-host on: 'Live! With Kelly': 'I would for sure'
Snap-arazzi: Best celeb Snapchats of the week (10/21 - 10/27)
Here are the scariest movies of all time, according to Redbox's movie experts