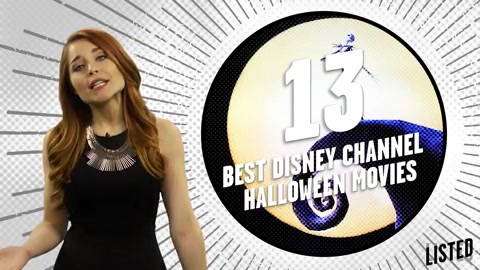 A classic in every sense of the word, "Halloweentown" was a Disney Channel original movie that has cemented itself into every 20-something's brain.

SEE ALSO: You need to see this chart that shows you how many times every spell was used in 'Harry Potter'

Those of you who remember the good ole' days with amazing programming like "Lizzie McGuire," "Even Stevens" and "Smart House", also remember "Halloweentown." The 1998 film introduced us to the Piper family and we were never the same since.

Most super fans know what the main characters of the cast are up to, but what about sweet, little Sophie Piper? Sophie, as many of us remember, was Marnie's over-zealous little sis who was super into magic and witchcraft. When you have a grandmother like Aggie Cromwell, it's hard not to.

Here's a pic of the whole fam back in the day. Sophie obviously the little girl in the center!

Day 26: guilty pleasure. I love all kinds of movies and don't feel "guilty" for any of it. At first I was just going to say literally ALL Christmas movies, but that got me thinking. I literally watch this movie EVERY year and I don't think it will ever get old. #halloweentown #agathacromwell #30daymoviechallenge #moviechallenge #movie #movies #moviebuff #movielover #moviecritic #moviemaniac #movieworld #ilovemovies #halloween #holiday #holidaymovie #legit

Hello my Autumn Lovers! This morning I have been watching some Halloweentown film location videos on YouTube and I miss you guys so much! Just letting you all know that everything is well and I can't wait to be active again in July! Happy Flying!🎃🍂💕 #autumn #autumnbeauty #halloween #autumntime #beautiful #potions #halloweentown #winter #loveautumn #witches #leaves #flyingbrooms #trickortreat #haunted #ghost #pumpkin #candy #candycorn #pumpkinspice #hotcocoa #sugarcookies #ghosts I DO NOT OWN THIS PICTURE

As it turns out, after "Halloweentown" and it's sequels, Sophie or Emily Roeske, didn't stick around to live that glamorous, Hollywood life. However, that doesn't mean she isn't performing -- she still kind of is, in a sense.

The 24-year-old Roeske is a 3rd degree black belt and teaches Mixed Martial Arts with her family at Surprise Family Martial Arts in Surprise, AZ! According to their website, the former Disney star ranked #1 in the country, and is the current Arizona State Champion.

Just check out this awesome video of her back in 2012!

It's safe to say, Sophie doesn't need magic to kick some butt, because she looks like she could take on just about anyone!

Check out more Halloween fun in the gallery below!

Looking to spend a little less money? We've got you covered!

Want to be Mickey instead? Here you go (gloves included)!

More on AOL Entertainment:
7 of the best Halloween inspired pop culture moments
Here's what Jay and Ice from 'Hocus Pocus' look like today
8 movies that will most definitely get you into the spooky, Halloween spirit
Tags
Read Full Story